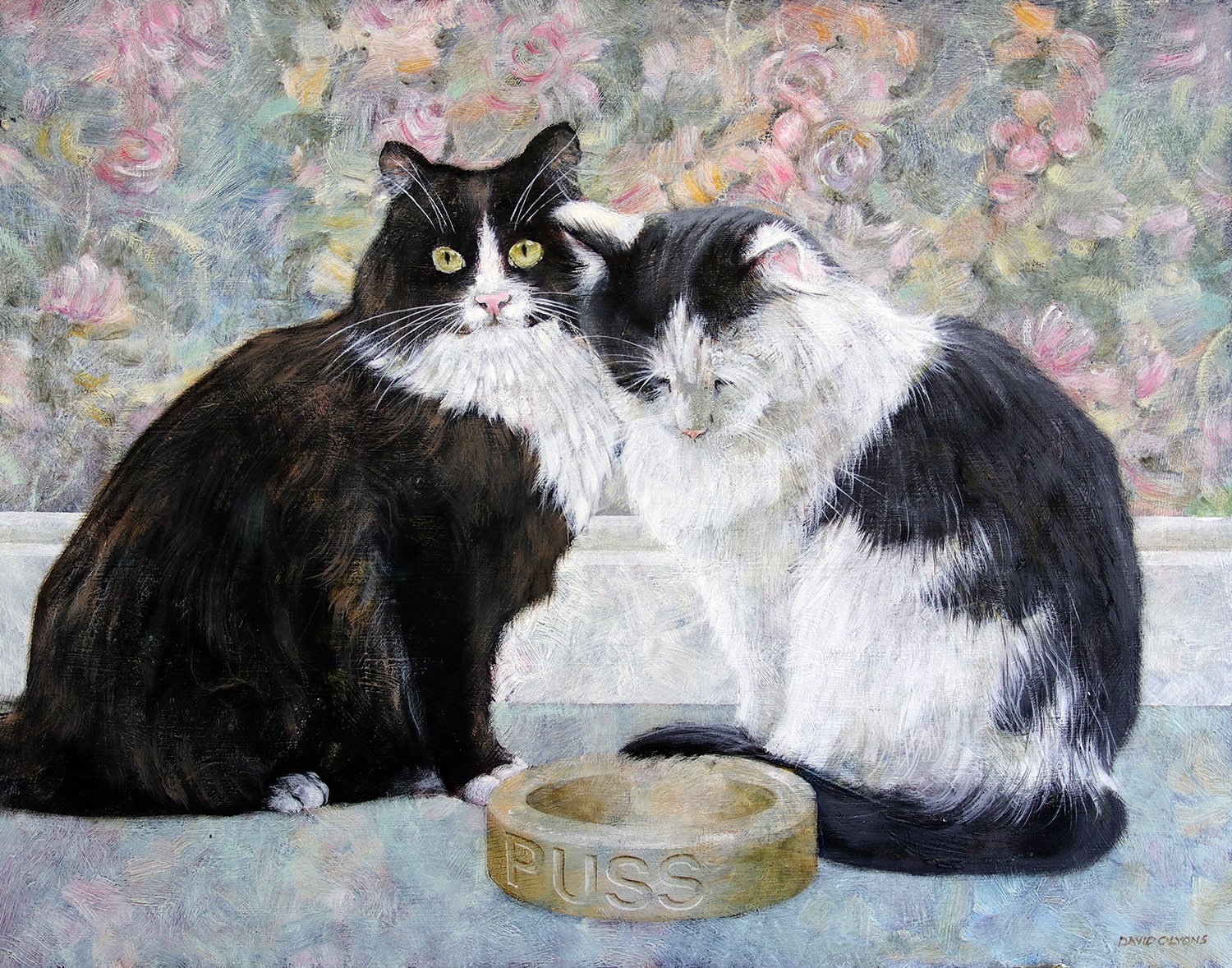 “Fill it up please” 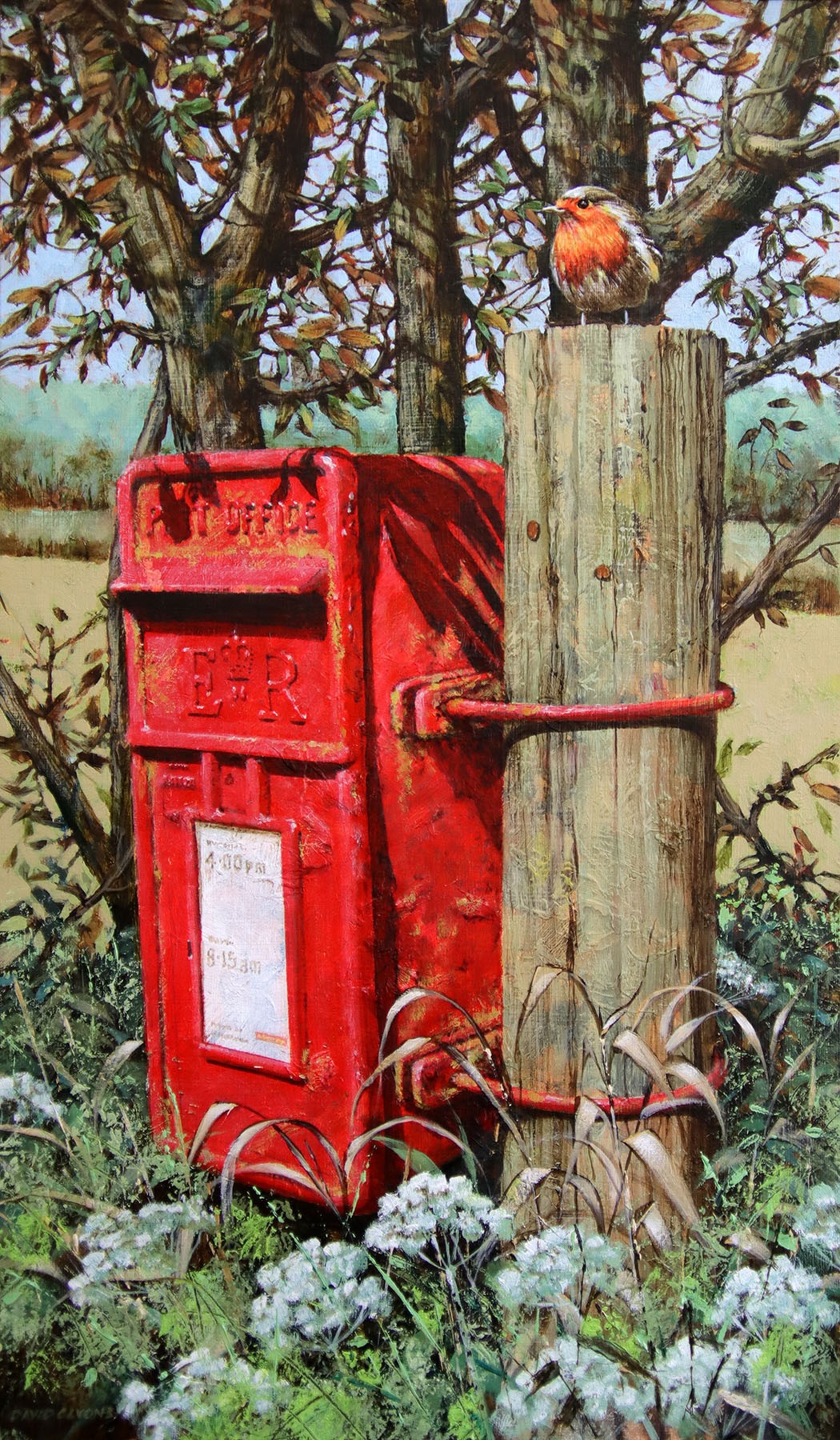 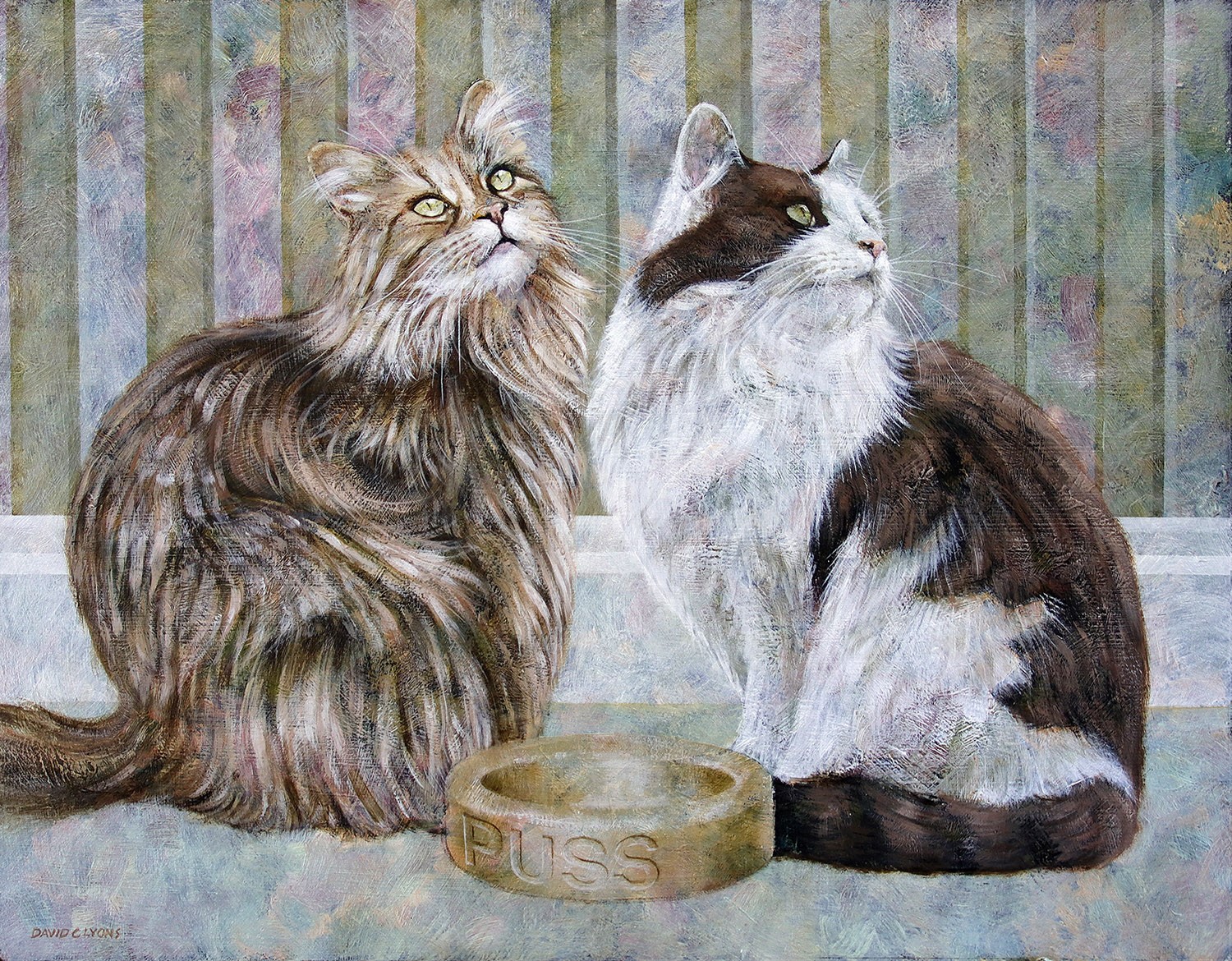 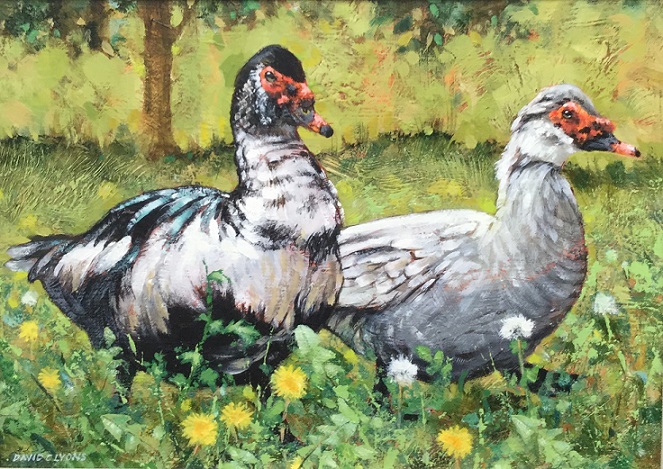 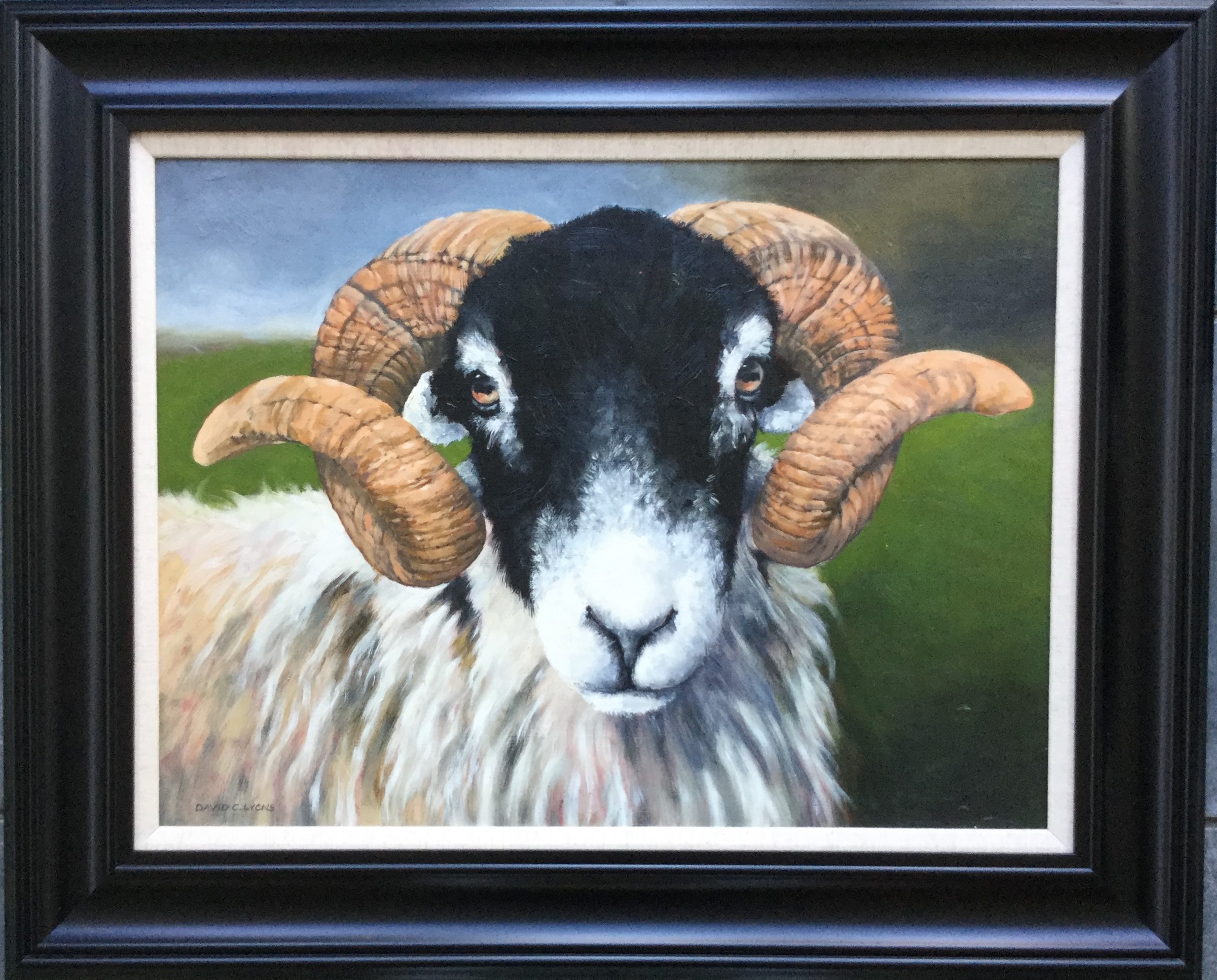 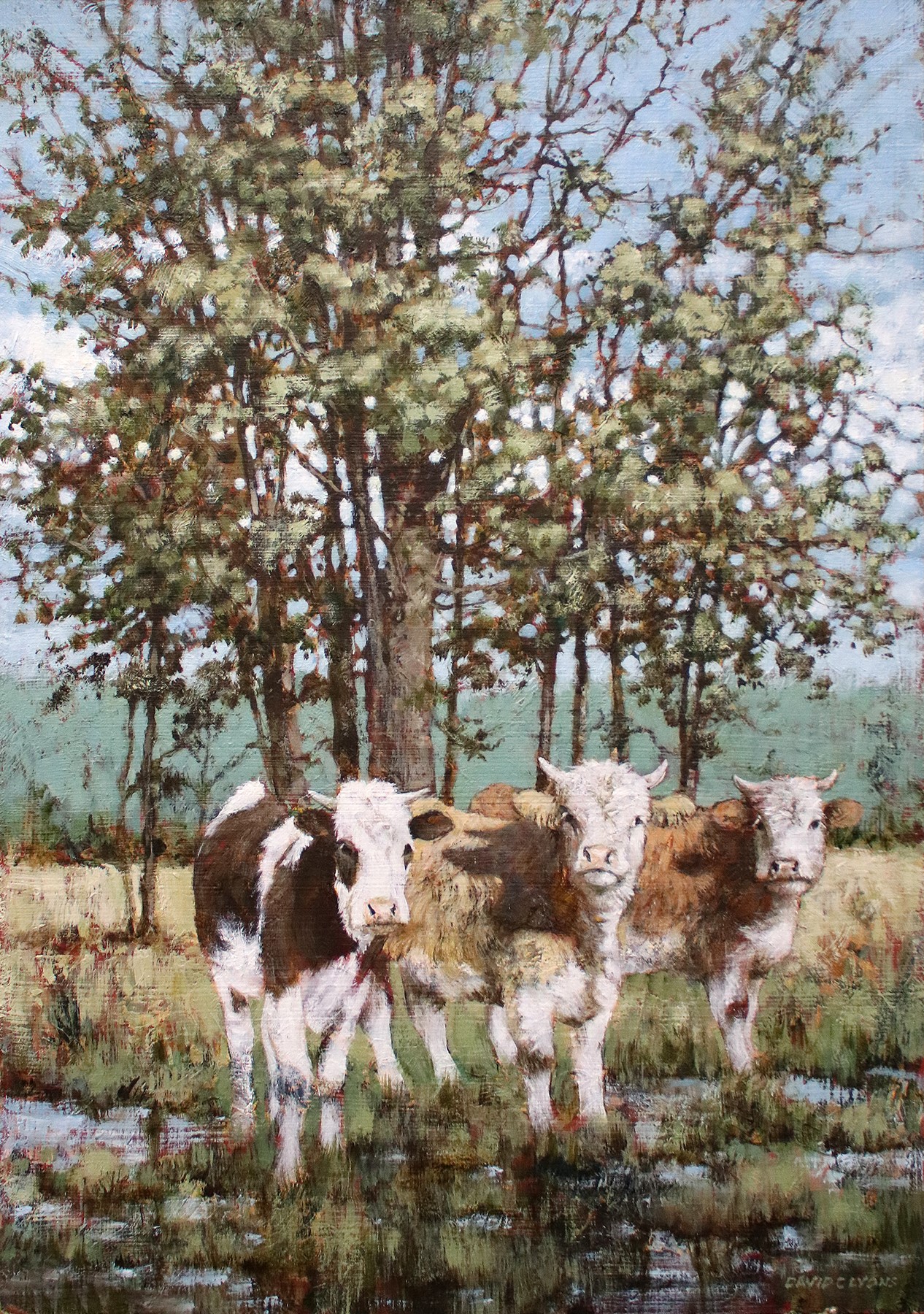 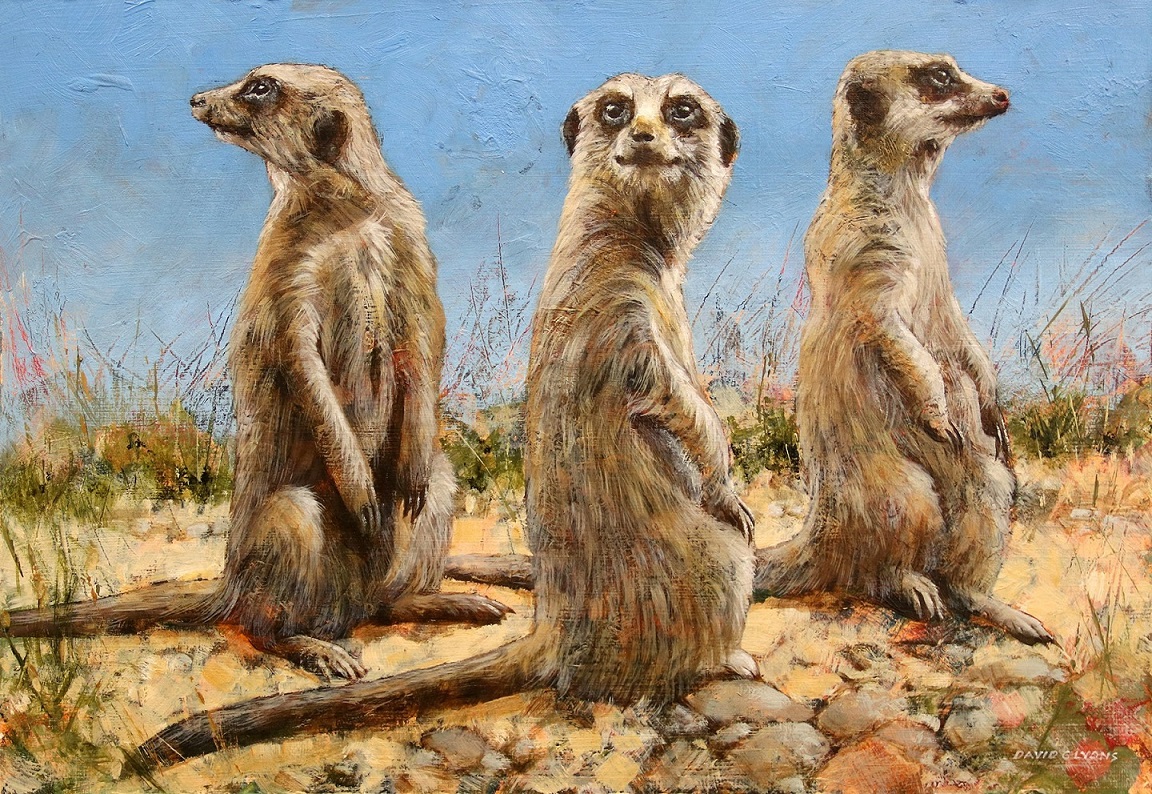 “Here, there and everywhere” 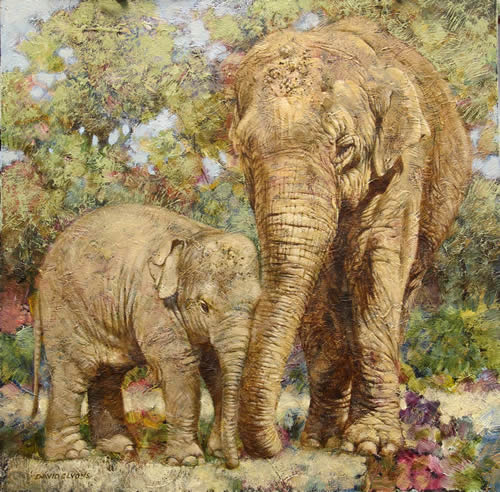 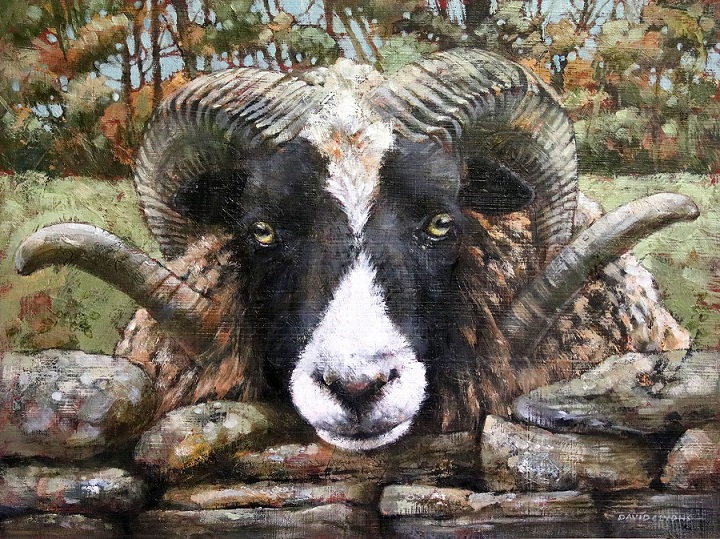 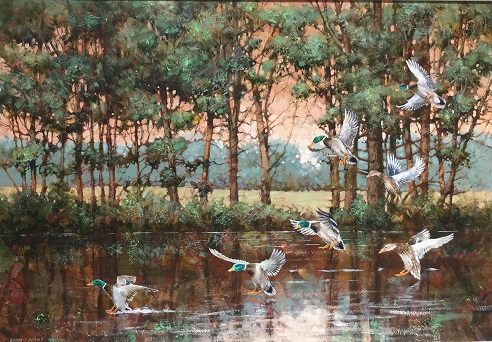 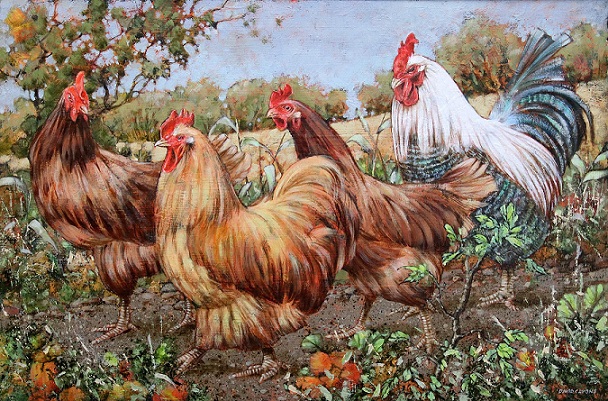 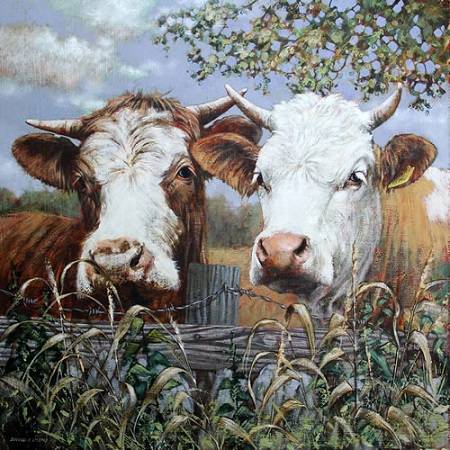 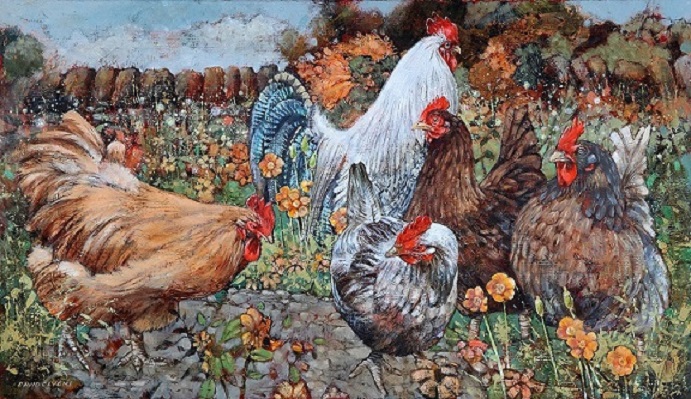 “Not the Garden again” 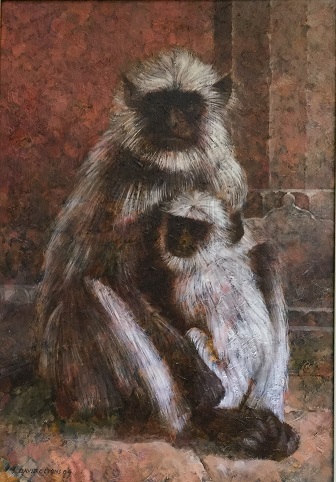 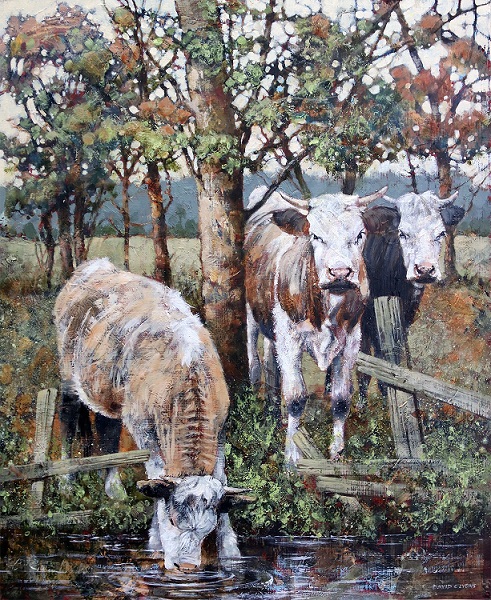 “Through the broken Fence” 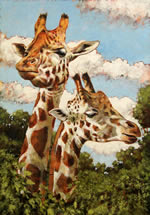 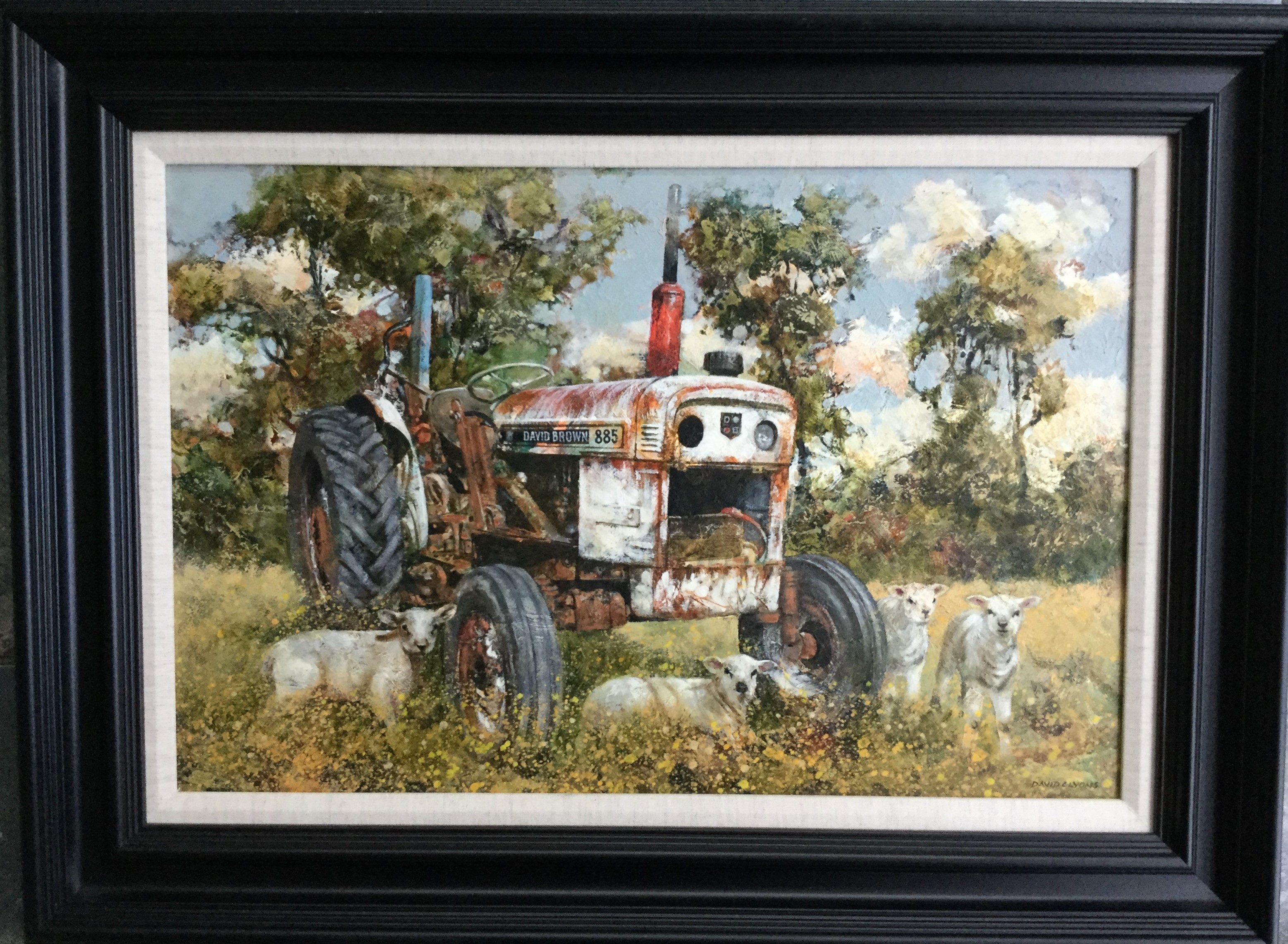 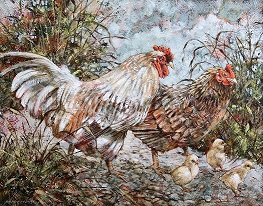 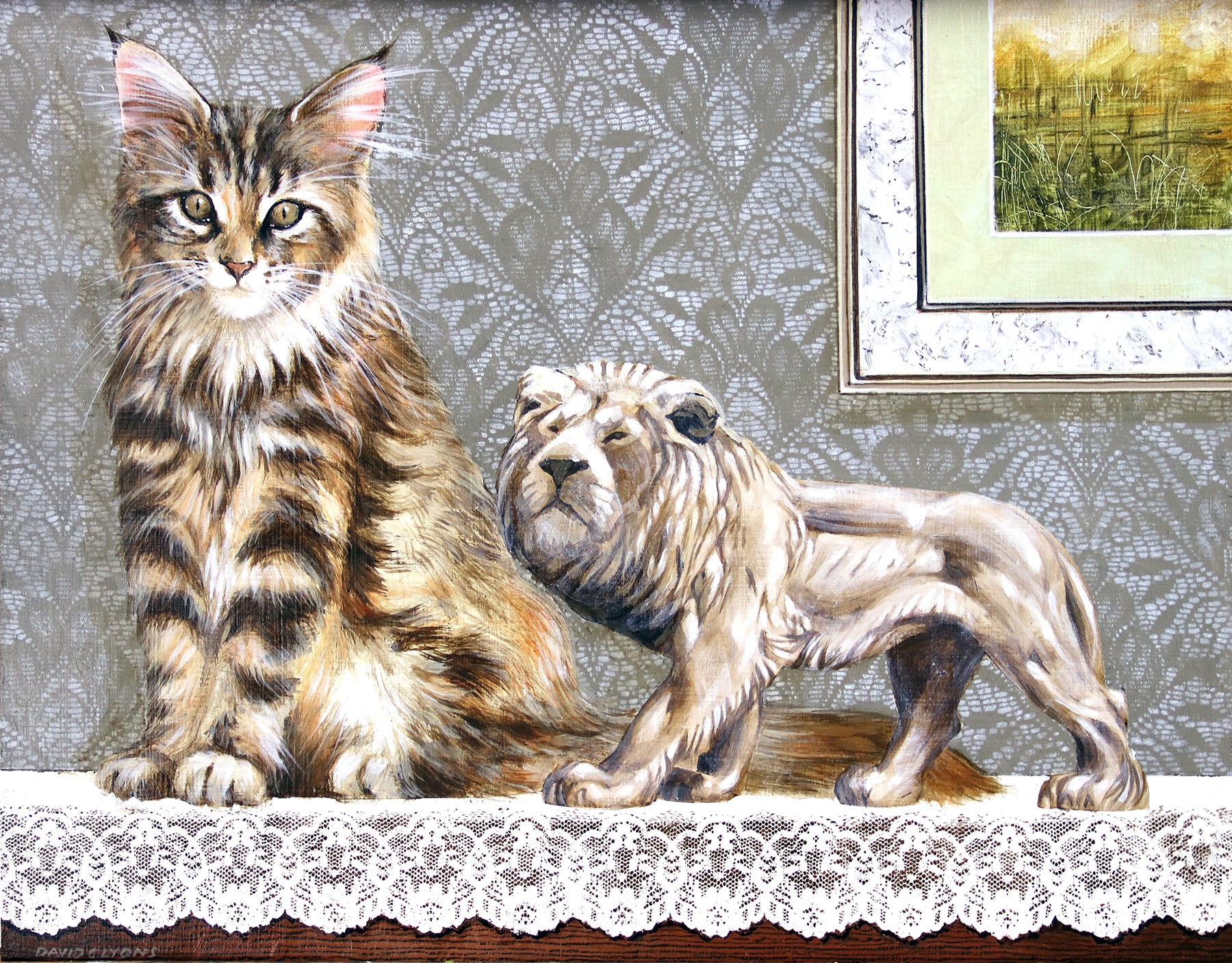 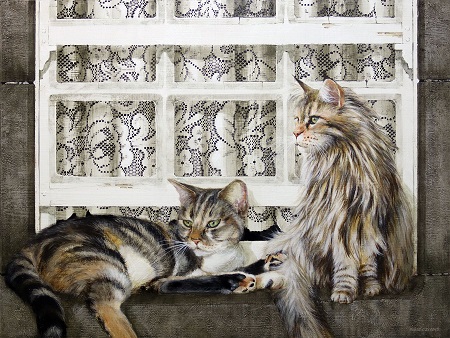 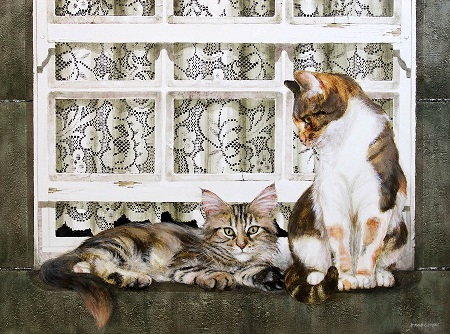 “Little ‘un’s got my place” 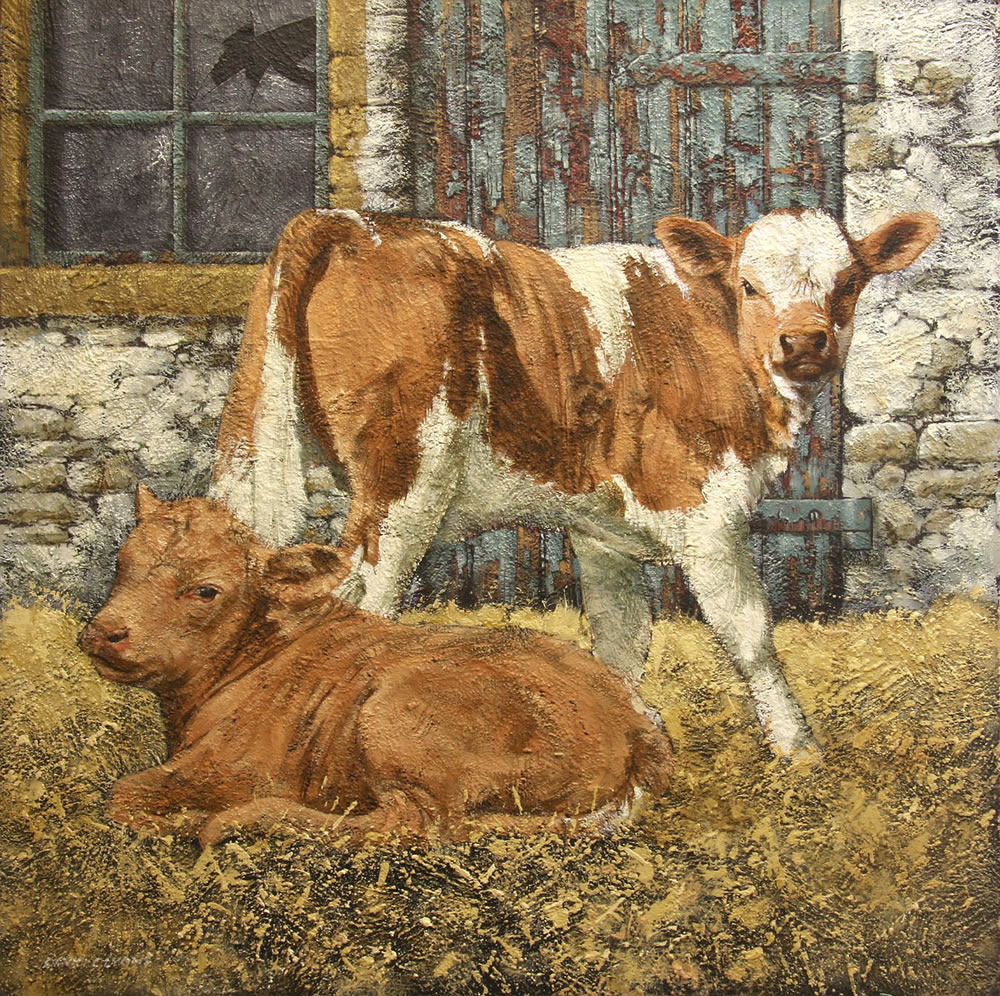 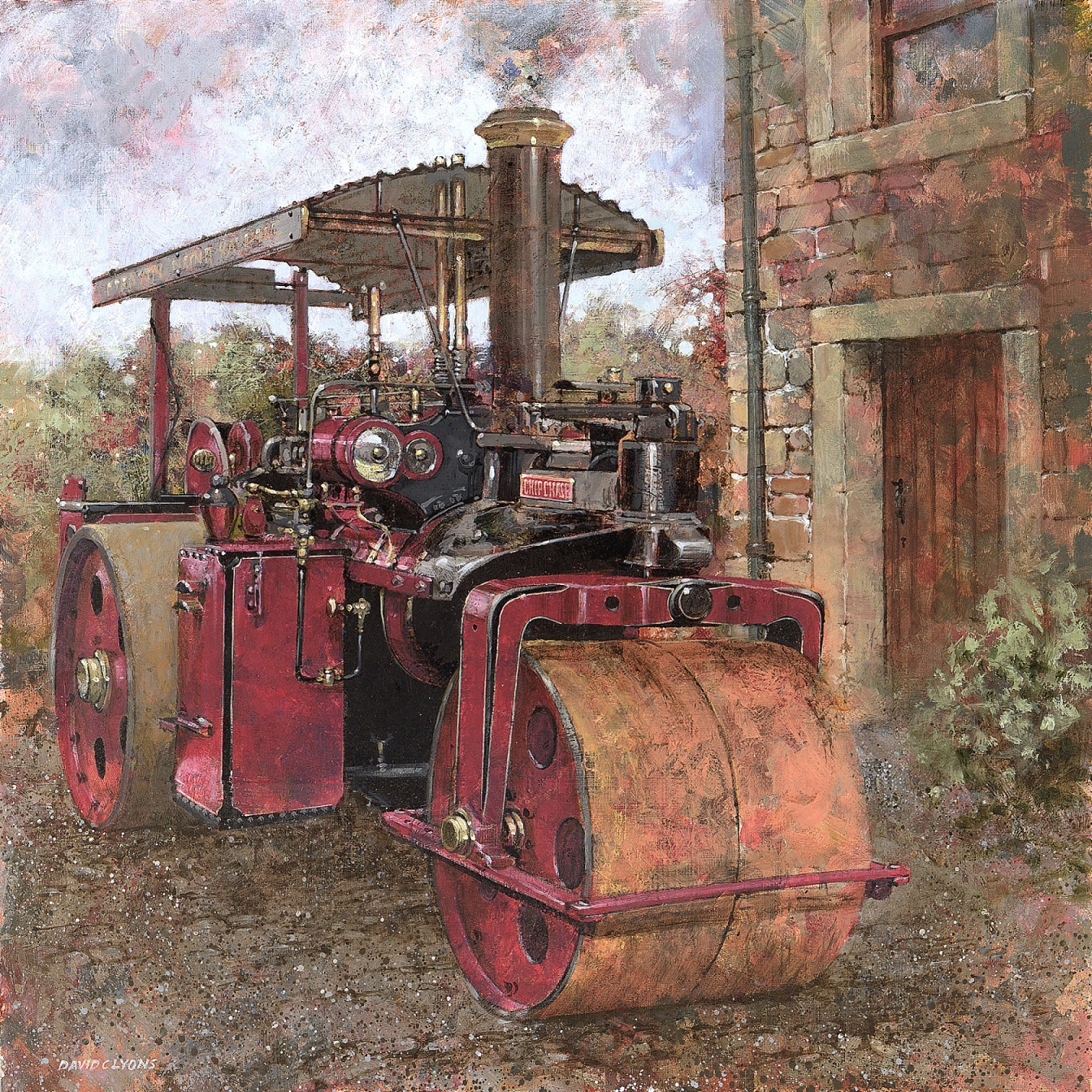 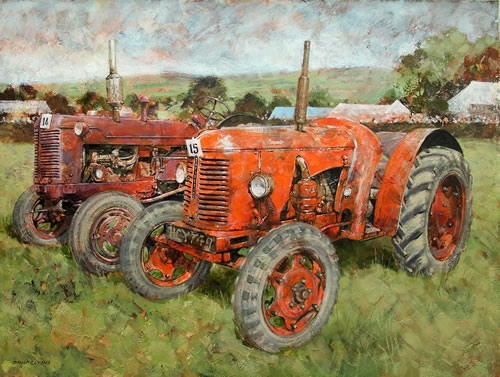 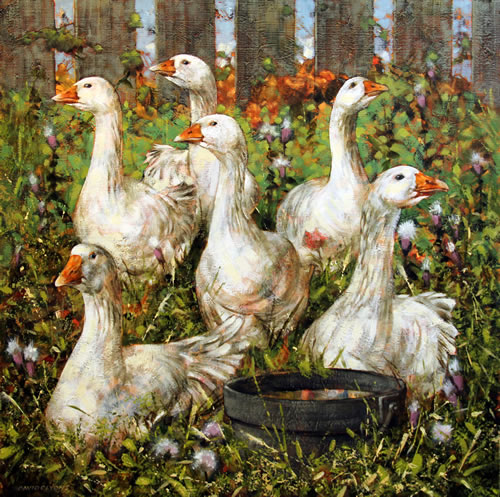 “This Way and That” 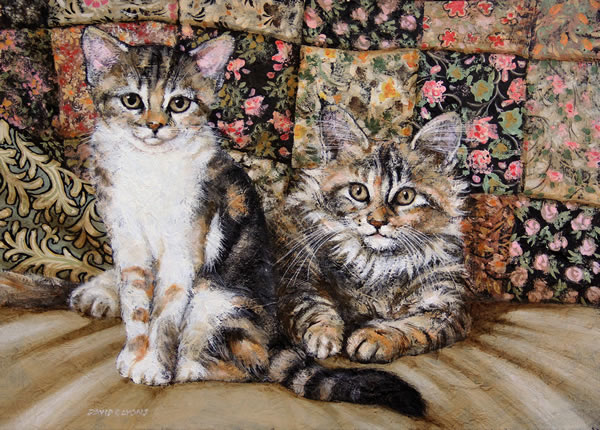 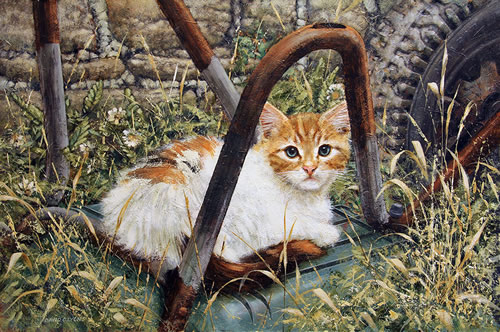 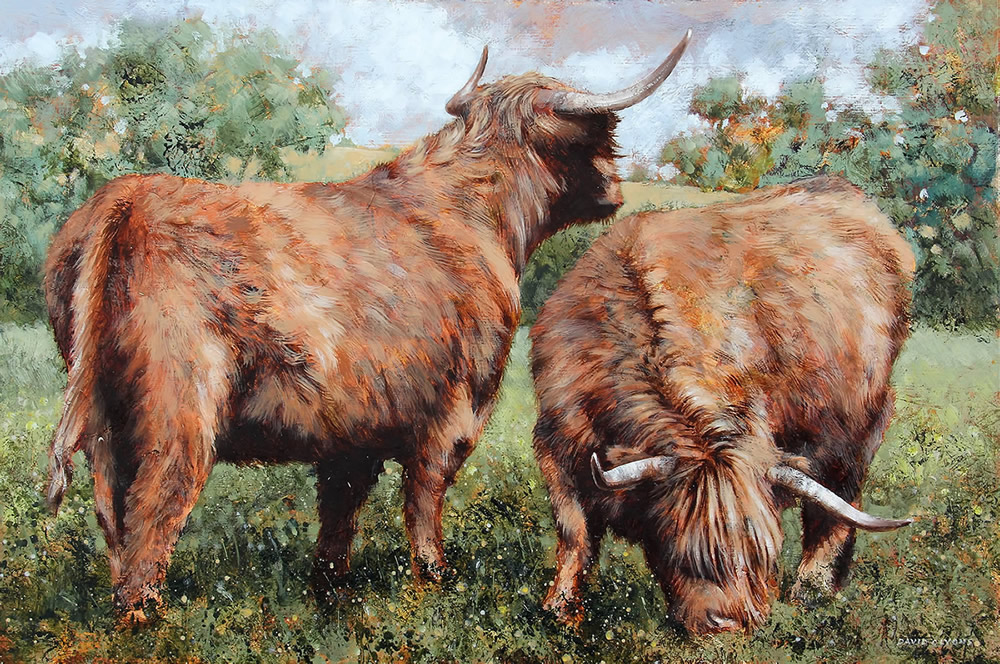 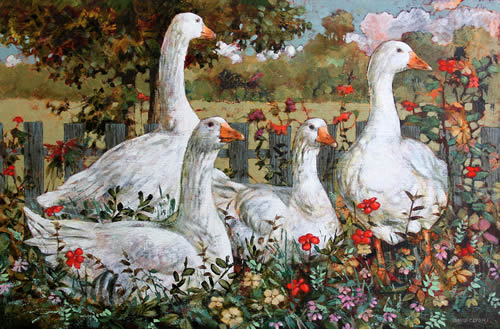 “Geese in the Garden”

David Lyons was born and raised in the Pendle area of Lancashire and began his career as a teacher. He later worked as a commercial artist, eventually becoming a free-lance graphic designer. Since turning to fine art, he has continued to live in the countryside which inspires his paintings today.

His work is without doubt dependant upon realism, but that is achieved through an almost abstract treatment of the picture’s surface. He often builds up a multicoloured, highly textured background support for his paintings by a series of cross hatched strokes and ‘scumbling’. The end result is a true representation of the subject with a satisfyingly textured, painted surface.

His paintings of farm animals,tractors, pets and even exotic animals are great favourites with his collectors. However, he continues to prove that he is more than able to approach any subject.

His work and the details of his painting technique have frequently been featured in the ‘Artist’ and ‘Internatinal Artist’ magazines.

A solo show ‘The Art of David C Lyons’ was held at the East of England Show 2008.