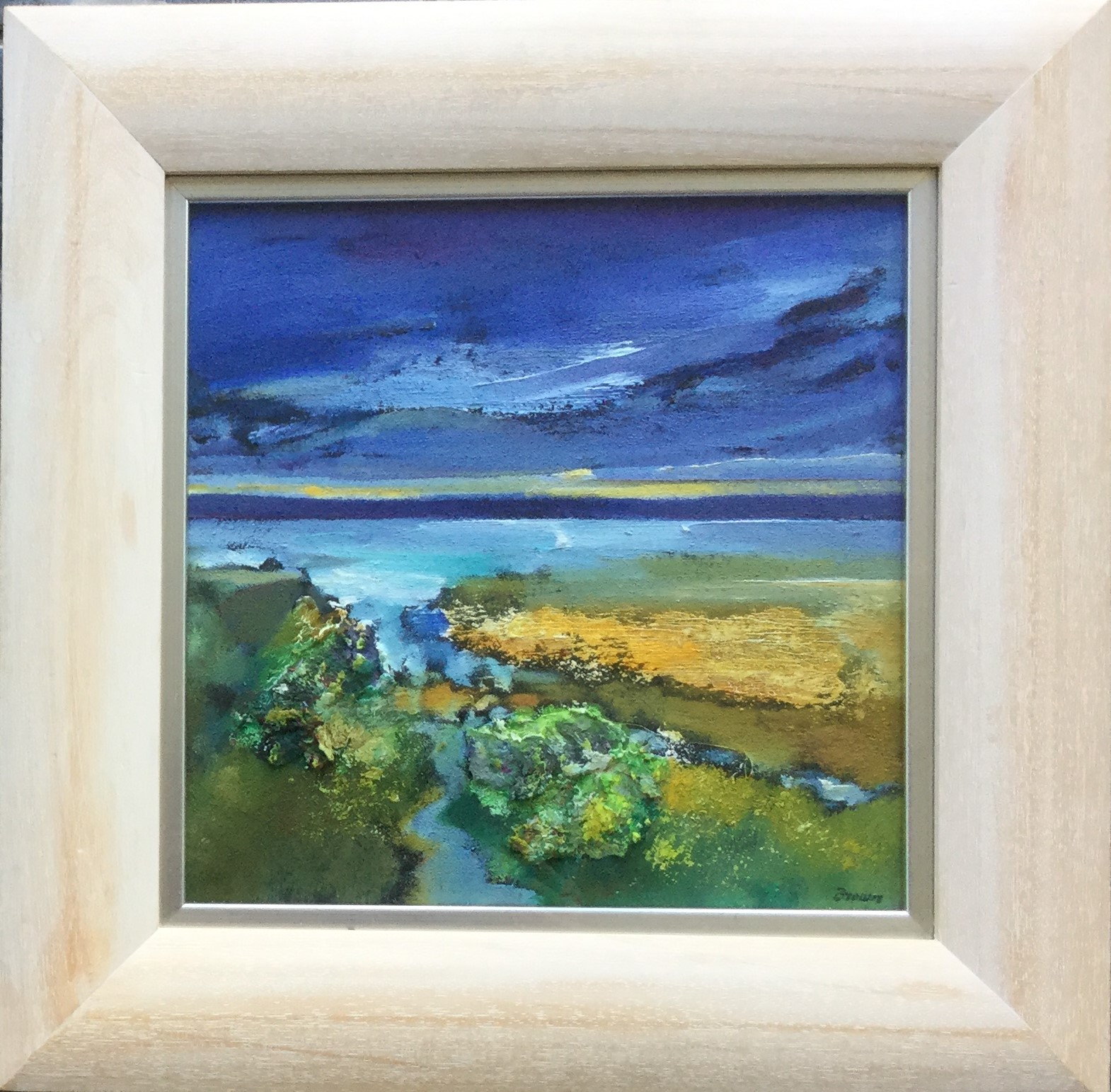 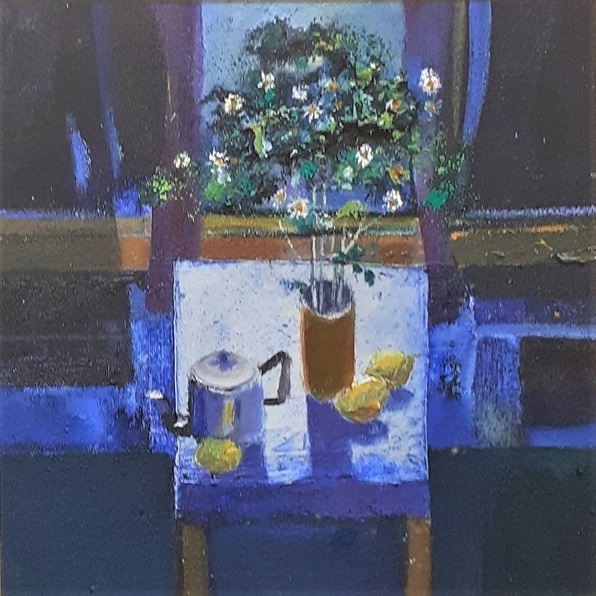 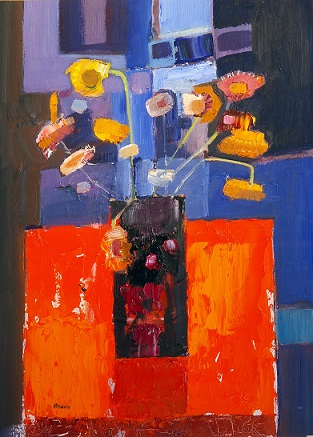 “Sunflowers in the Loire Valley” 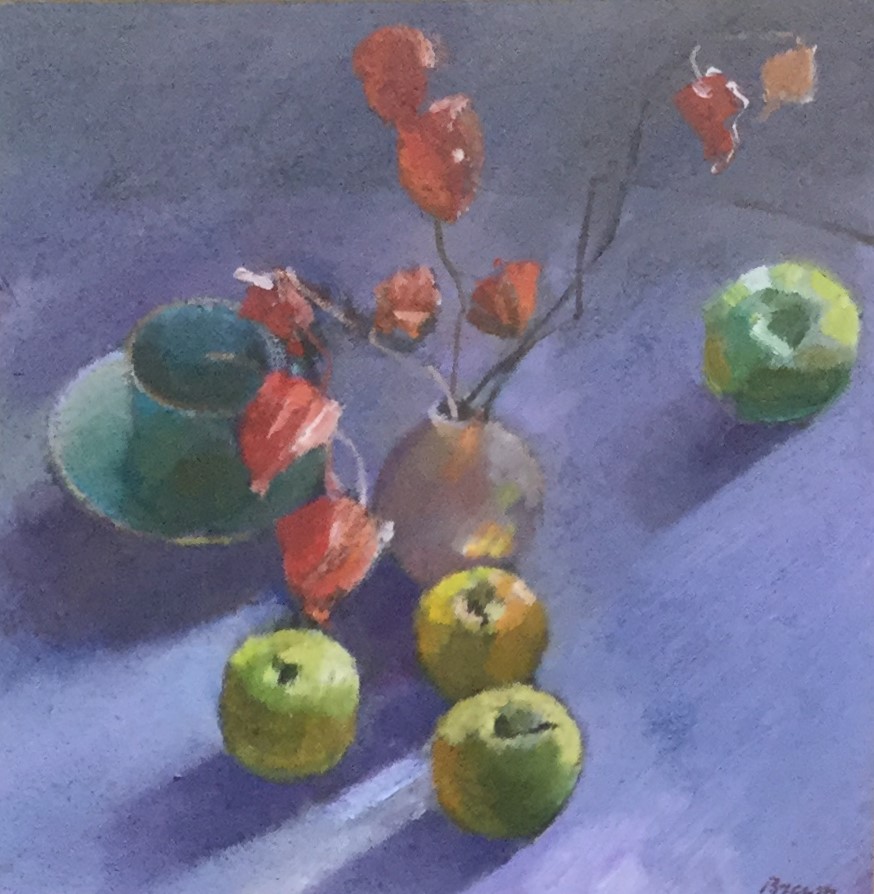 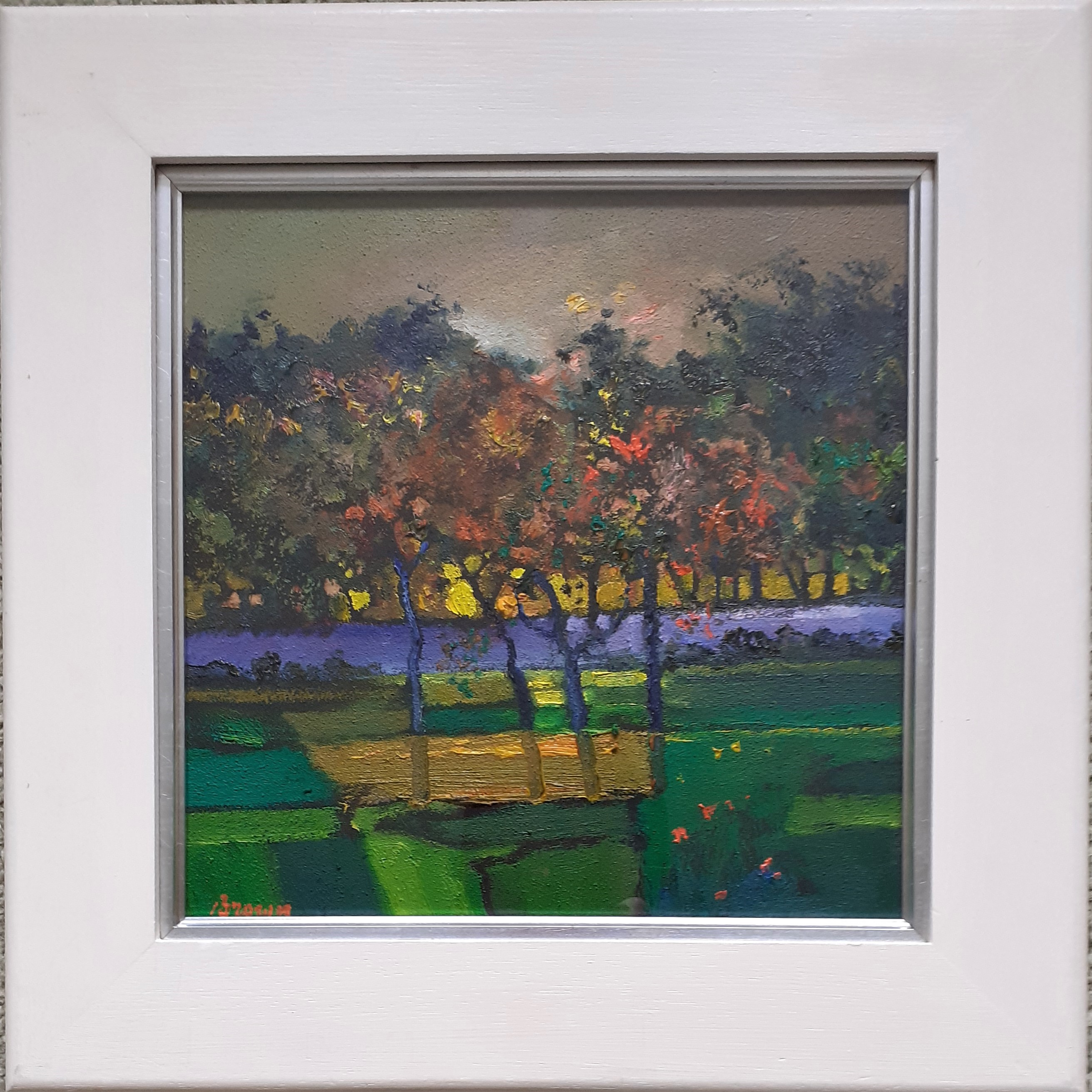 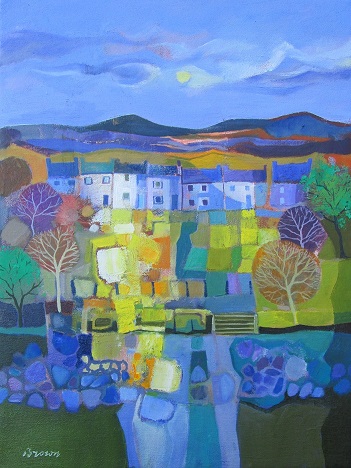 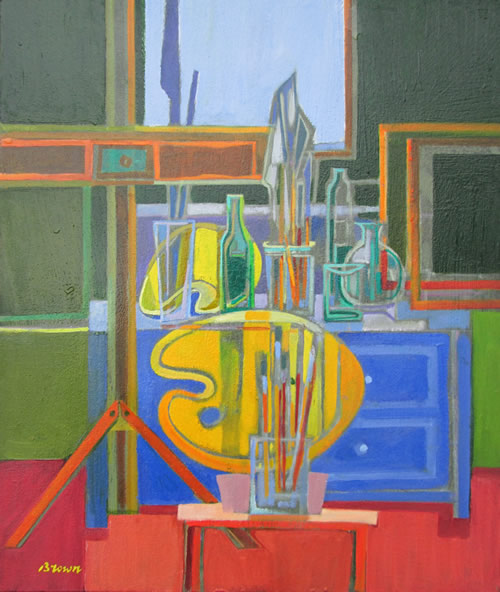 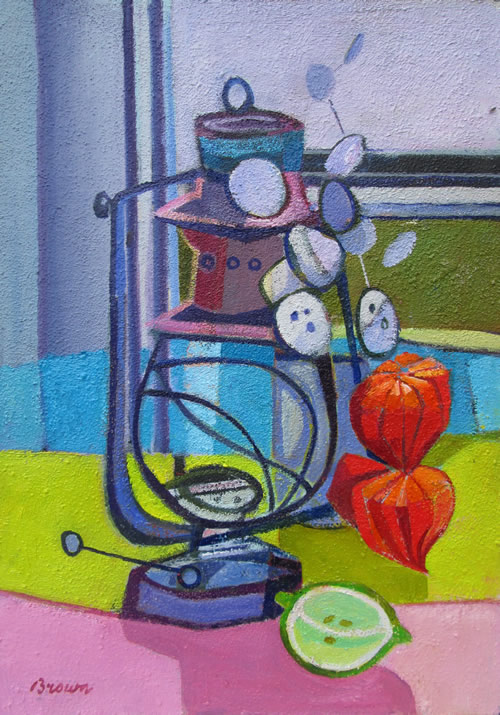 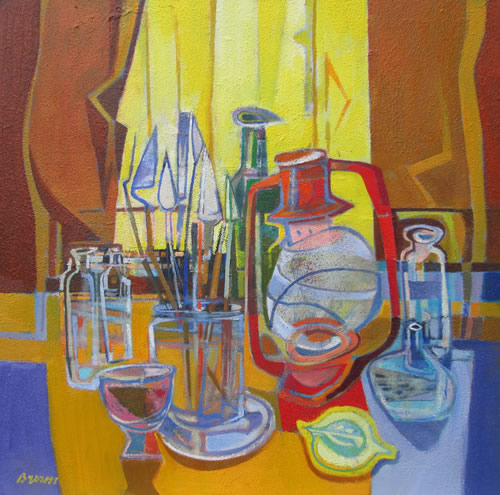 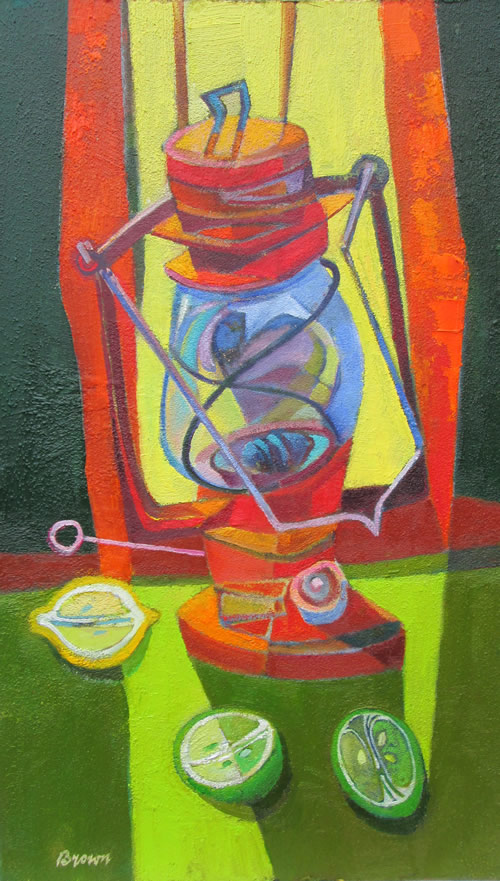 “Still Life with Lamp and Fruit” 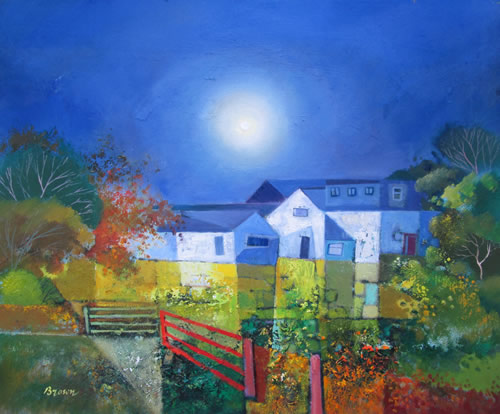 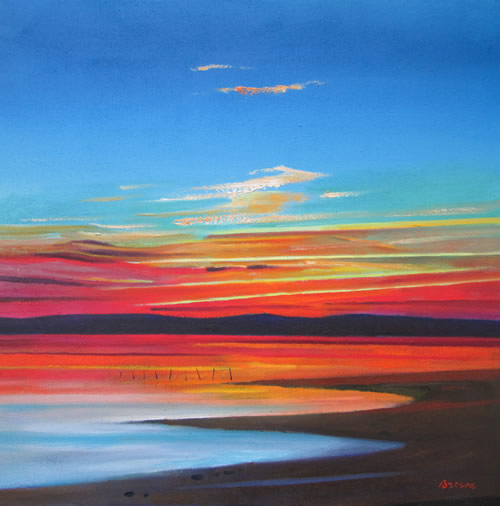 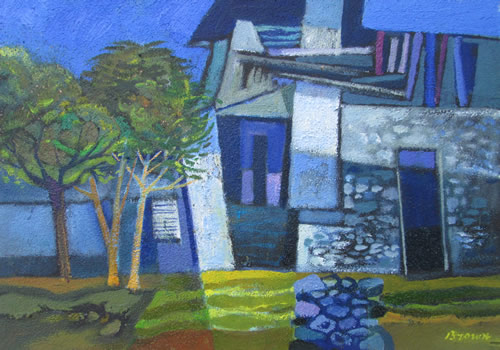 Davy Brown was born in Kilmarnock, Ayrshire in 1950. He studied at the Glasgow School of Art. In 1975 he was awarded a scholarship from The Institute of Cultural Affairs, Chicago and travelled in the U.S.A.& Canada.

He resumed his teaching career on his return, eventually becoming Head Teacher for the whole Dumfries & Galloway Region. After some time demand for his work became such that he made the decision to leave teaching and become a full time painter – a decision which he has never regretted.

At times his work could be described as a study of Galloway light; expressing his response to the changing seasons and shifting light of the South West of Scotland. This landscape never ceases to inspire him because each change in season,weather and mood offers a completely different experience. In recent years he has travelled frquently to the south of France for inspiration, however, his paintings are undeniably Scottish in character; showing a deep feeling for colour and texture. He has exhibited widely in Scotland and England at venues which include the Langwith Gallery, York and the Portico Gallery in Manchester.

He is represented in the public collections of Gracefields Art Centre, Dumfries, University of York and the R.S.P.B. Numerous works are now in private collections

In January 2013 Davy Brown suffered an aortic aneurysm and very nearly died. In the following months he underwent a number of major operations and despite our worst fears has made an amazing recovery.

His desire to paint is such that he was back in his studio much sooner than anyone expected and the result was a wonderful new series of paintings. The new work has all the elements expected of Davy’s painting – the rich colour, textural treatment and choice of subject. However he seems to have brought to it a certain quality of light which adds a lovely airiness to many of the pieces.