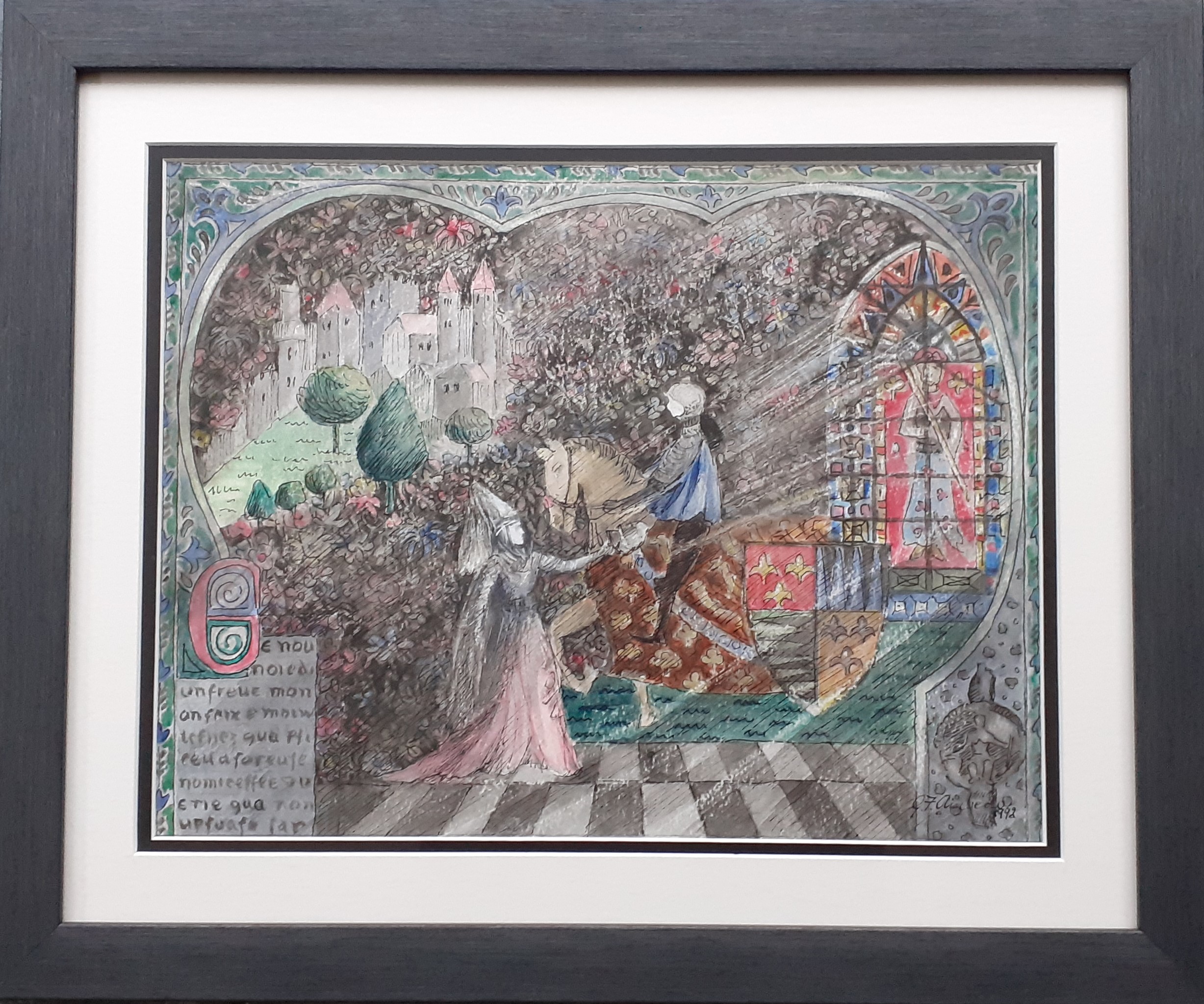 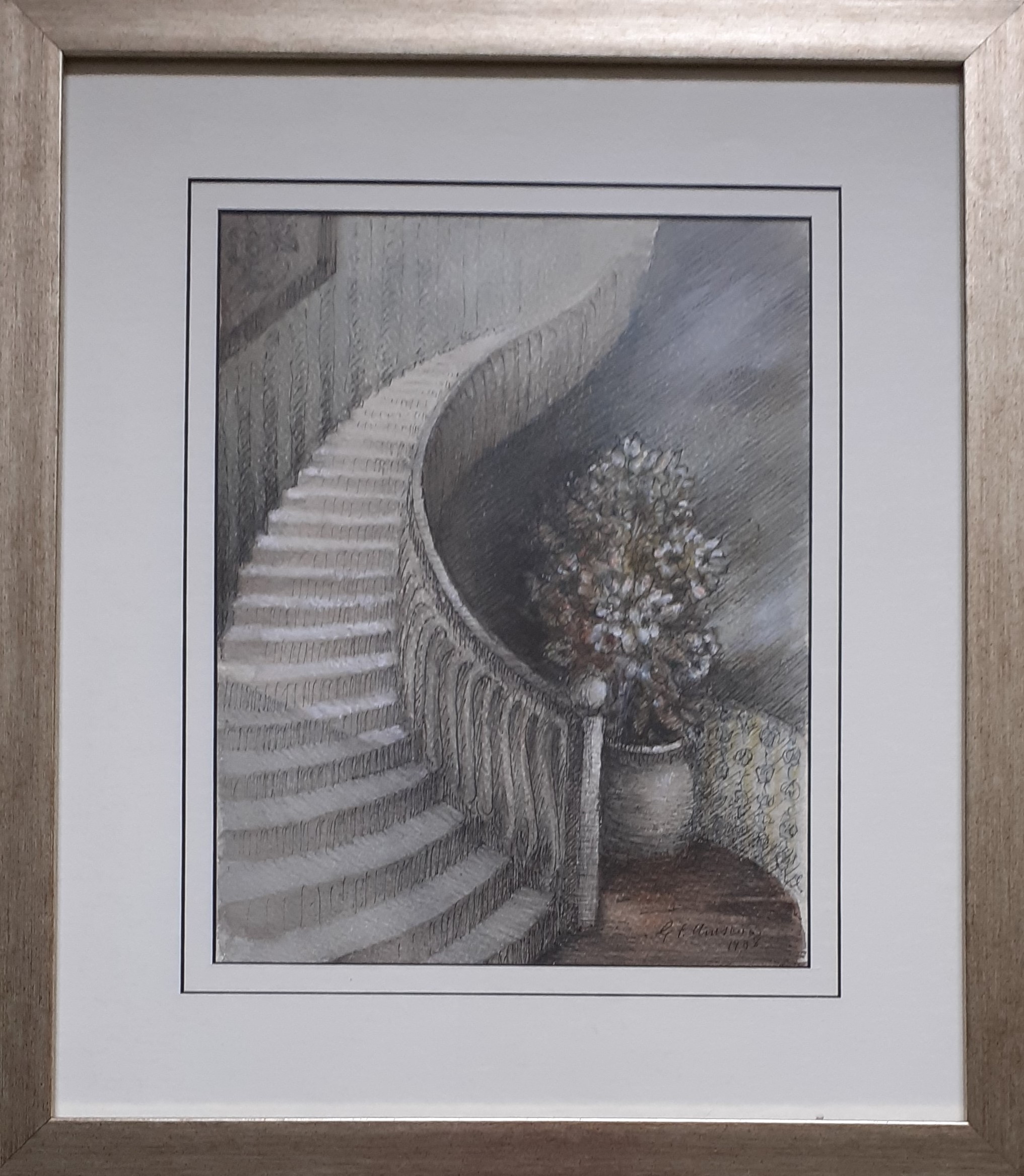 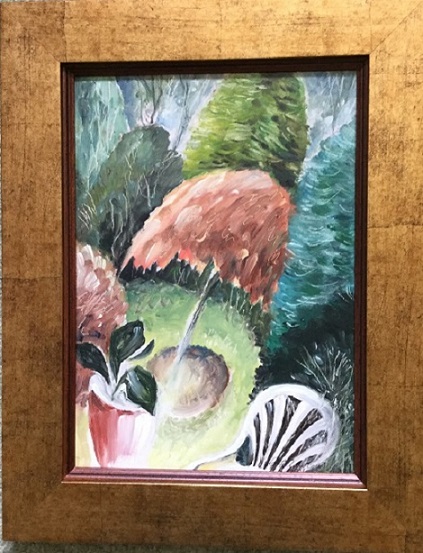 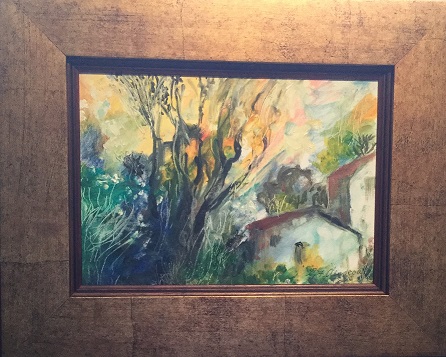 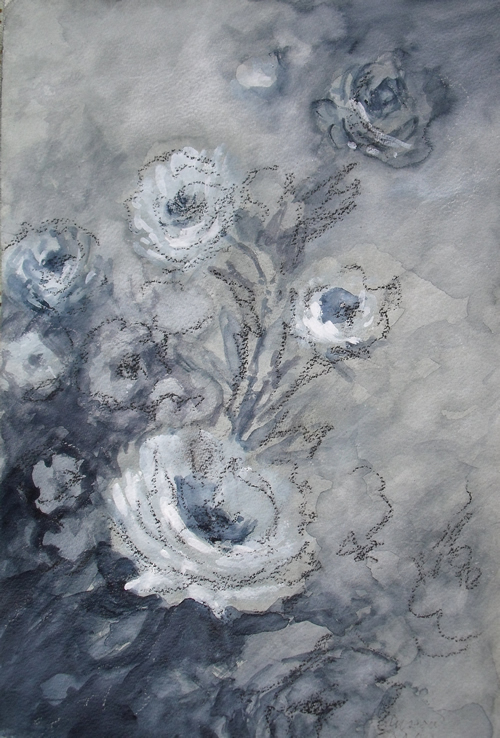 George Ainscow was born in Manchester in 1913. He studied at Rochdale College of Art from 1929-33. His early career was in textile design. He went on to paint in oils and watercolour and exhibited at the Royal Academy, R.B.A., R.W.S., R.I. and the New English art Club. He was the Winner of the gold and silver medal at the Paris Salon in 1980 and 1981. He had solo exhibitions at The Mall Galleries, Salford A.G., Oldham A.G. and Rochdale A.G.

In his use of textures and effects, his work shows the influence of his early career in textile design, but he goes beyond the decorative in his willingness to explore and portray his view of the world, often creating wonderfully gentle fantasy landscapes. He is represented in the permanent collections of the R.A.F. Museum, Bury and Rochdale Art Galleries and in numerous private collections.

George died on 3rd December 2013, having reached his 100th year.
He was a dedicated artist and a true gentleman and will be greatly missed.