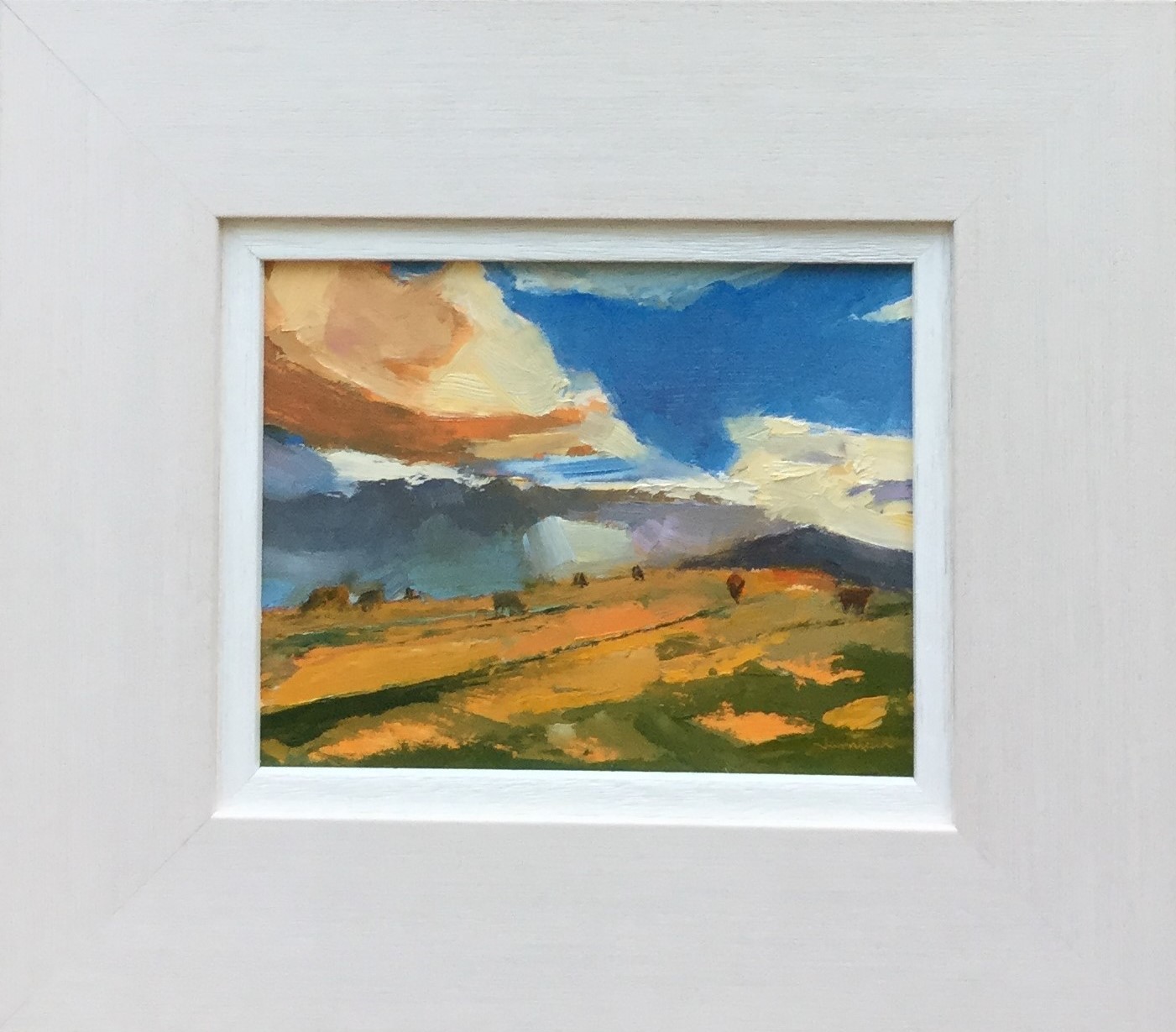 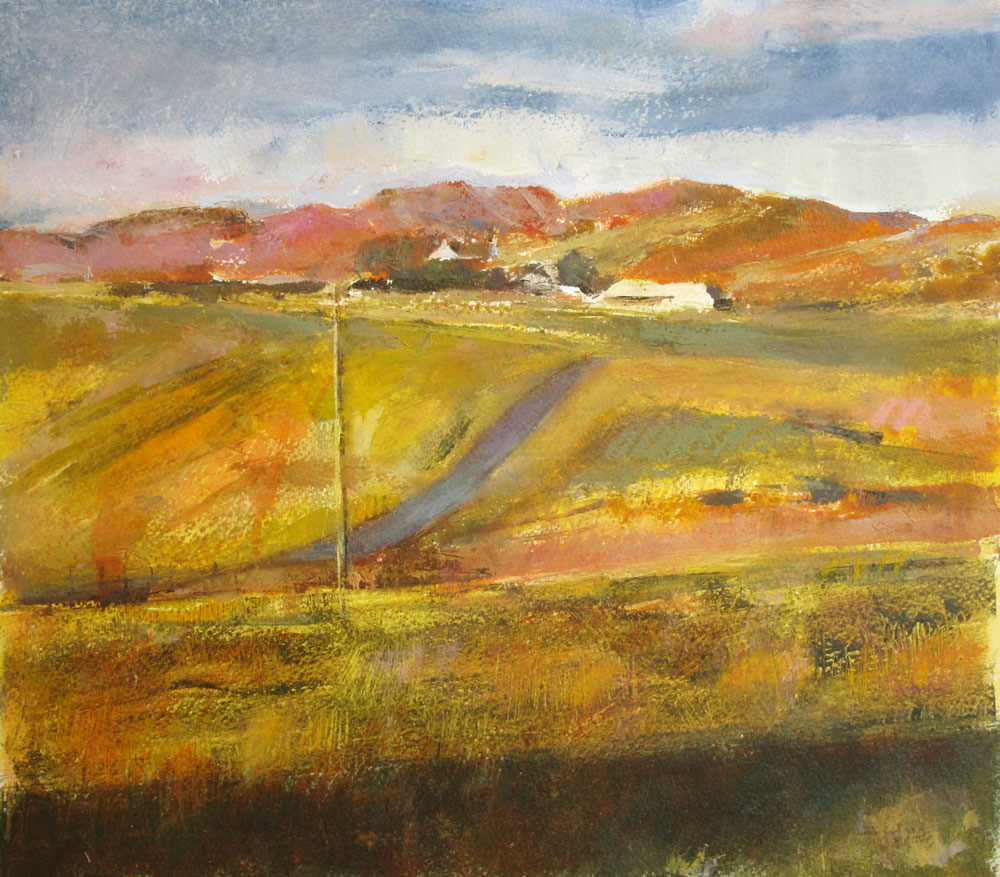 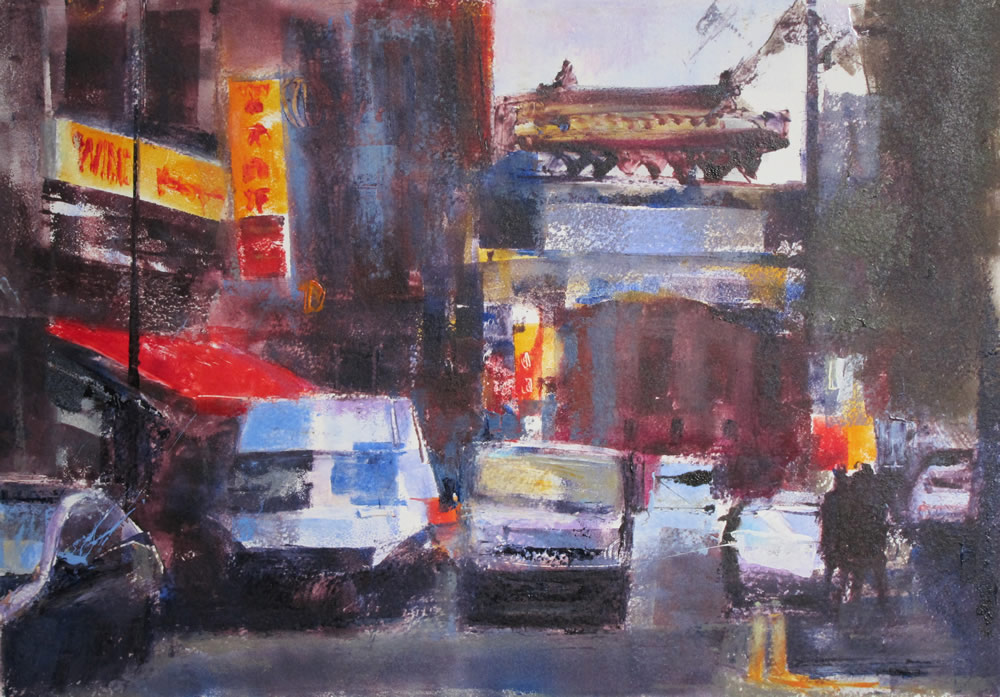 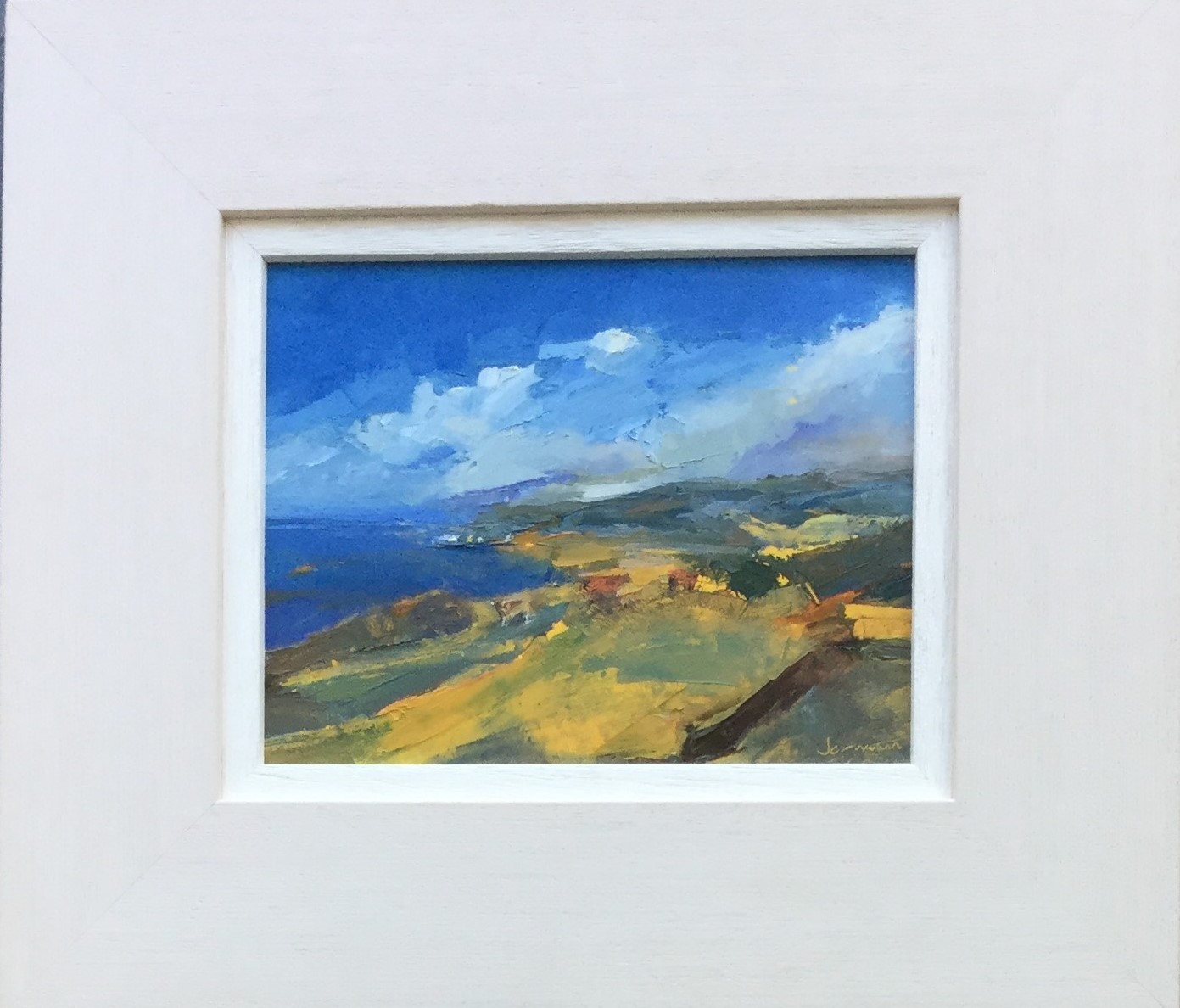 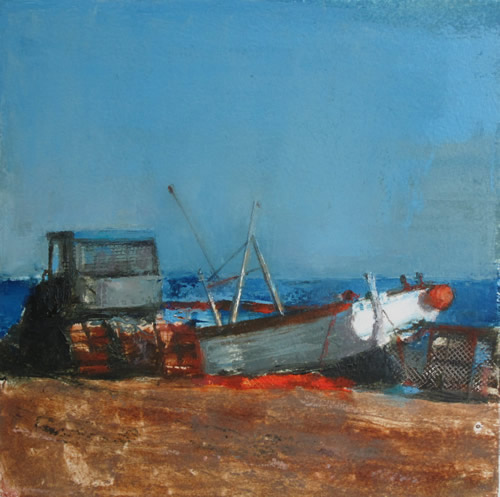 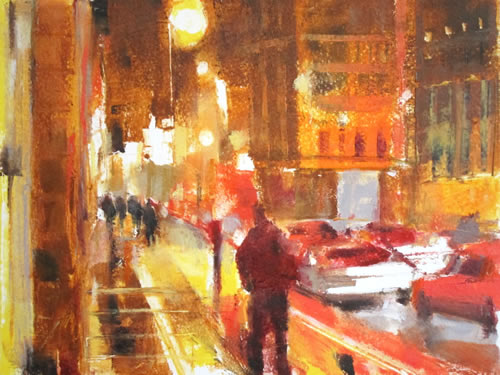 Ian Jarman was born in Warrington, Cheshire and studied Graphics at Leicester. He made the decision to study graphics because he felt that the Fine Art courses at that time were unstructured and painting seemed to be in an ‘anything goes’ phase.

He followed a career in the graphics industry in Manchester for a period of twenty years but continued to paint throughout this time. Eventually he decided to paint full time.

Ian is best known for his portrayal of city scenes and his preferred medium is mixed media over monotype. He enjoys the marks that result when transferring paint from one surface to another and the interest which they add to the final work.

He has exhibited mainly in private galleries, in the northwest and also in Scotland.