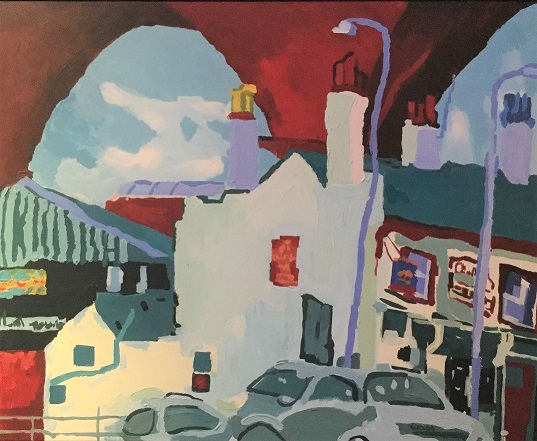 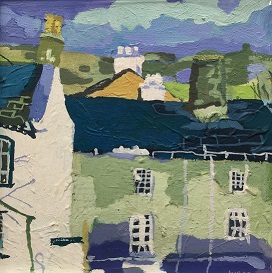 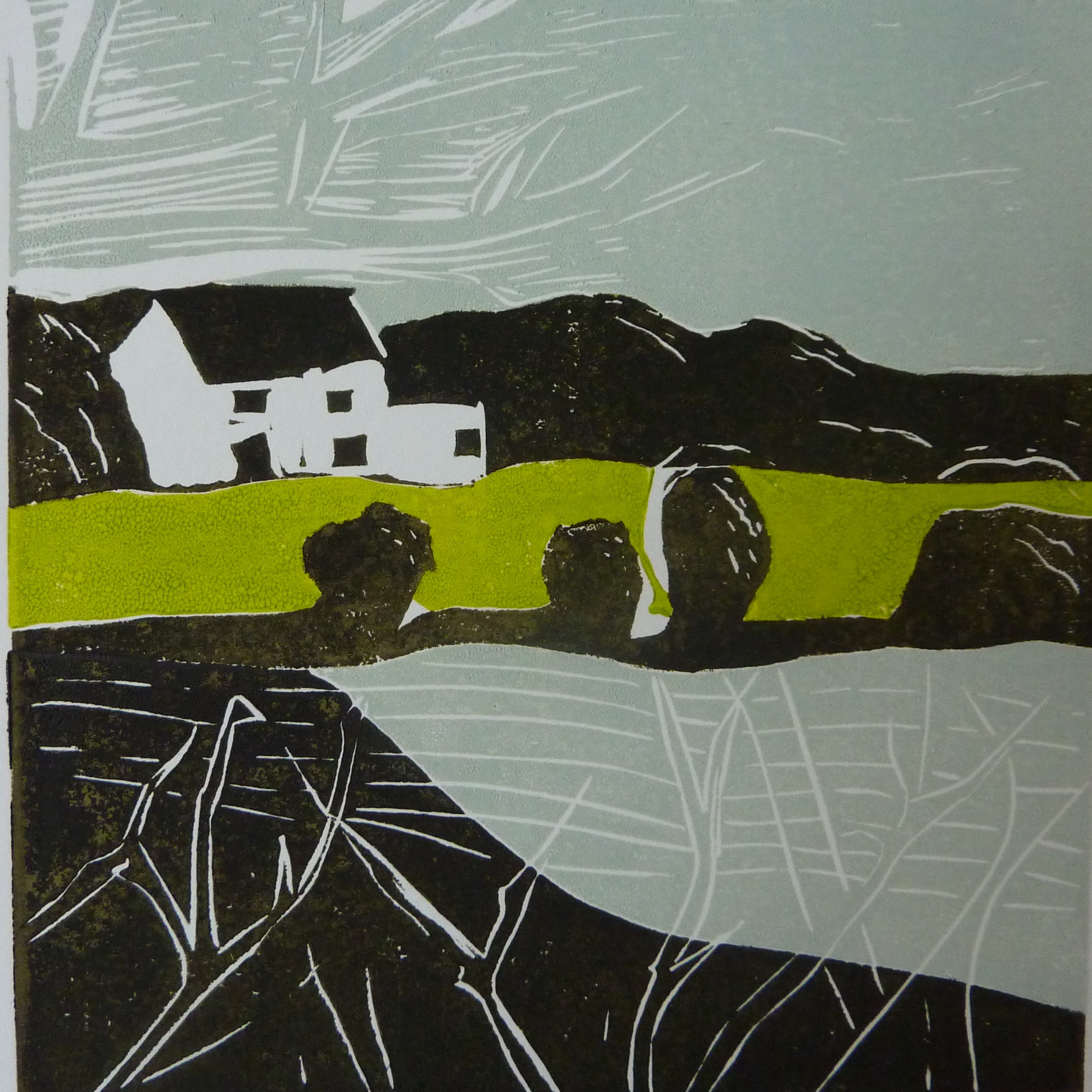 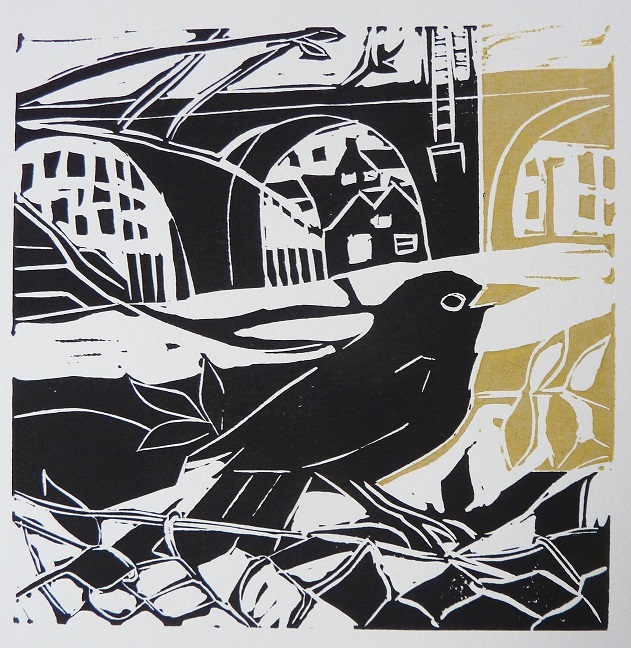 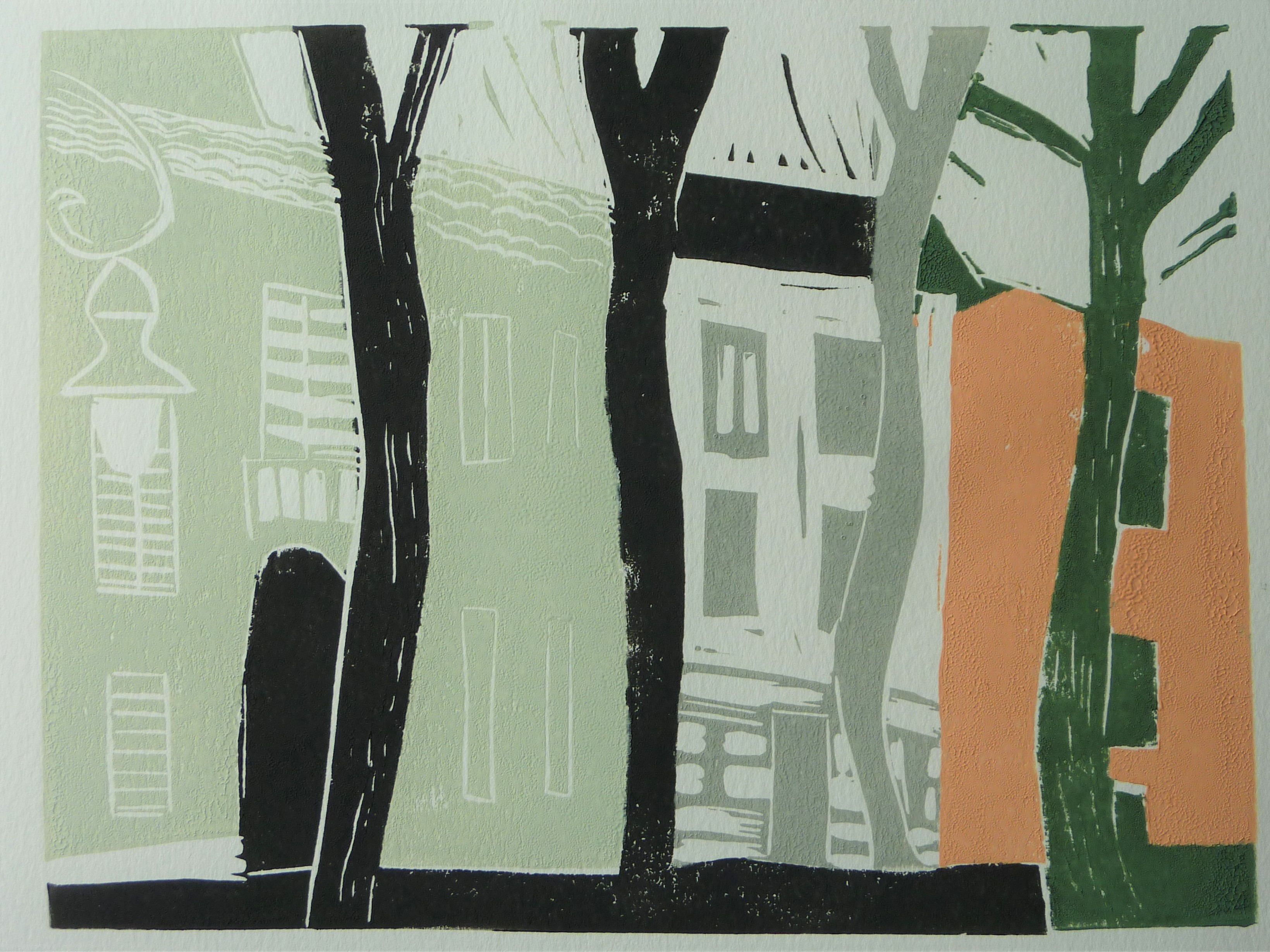 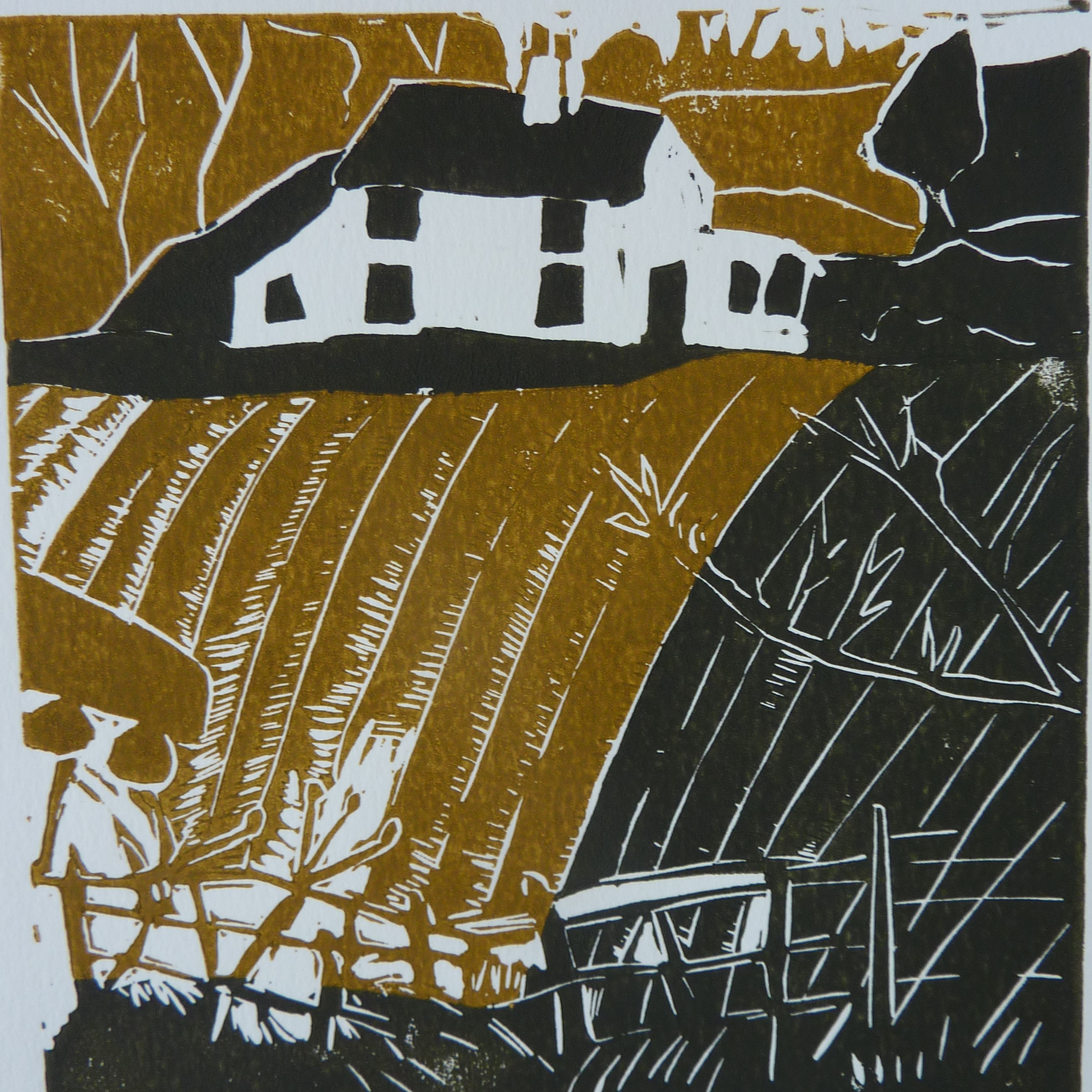 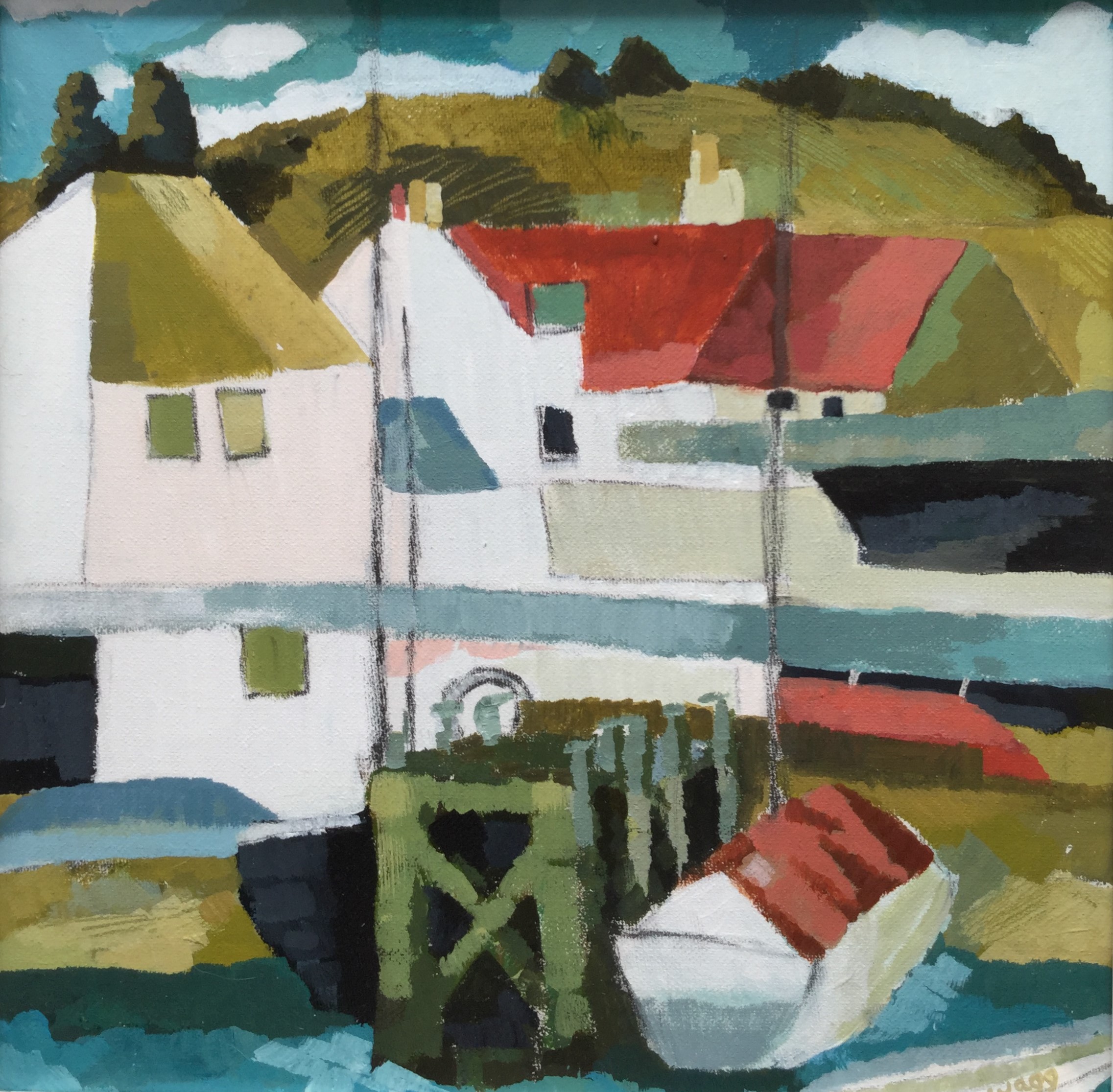 “Harbour and the Hills” 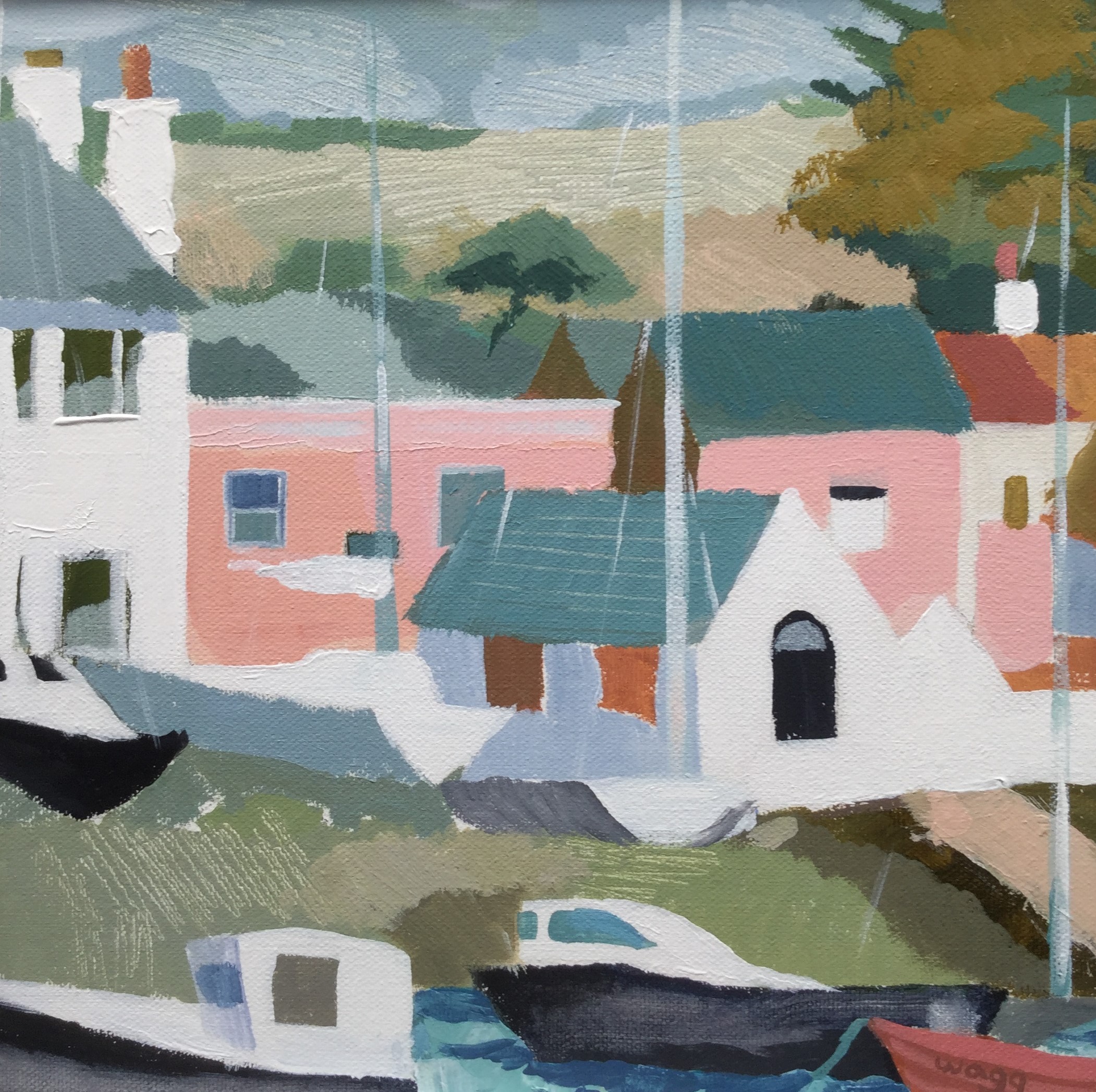 “Boats by the Shore” 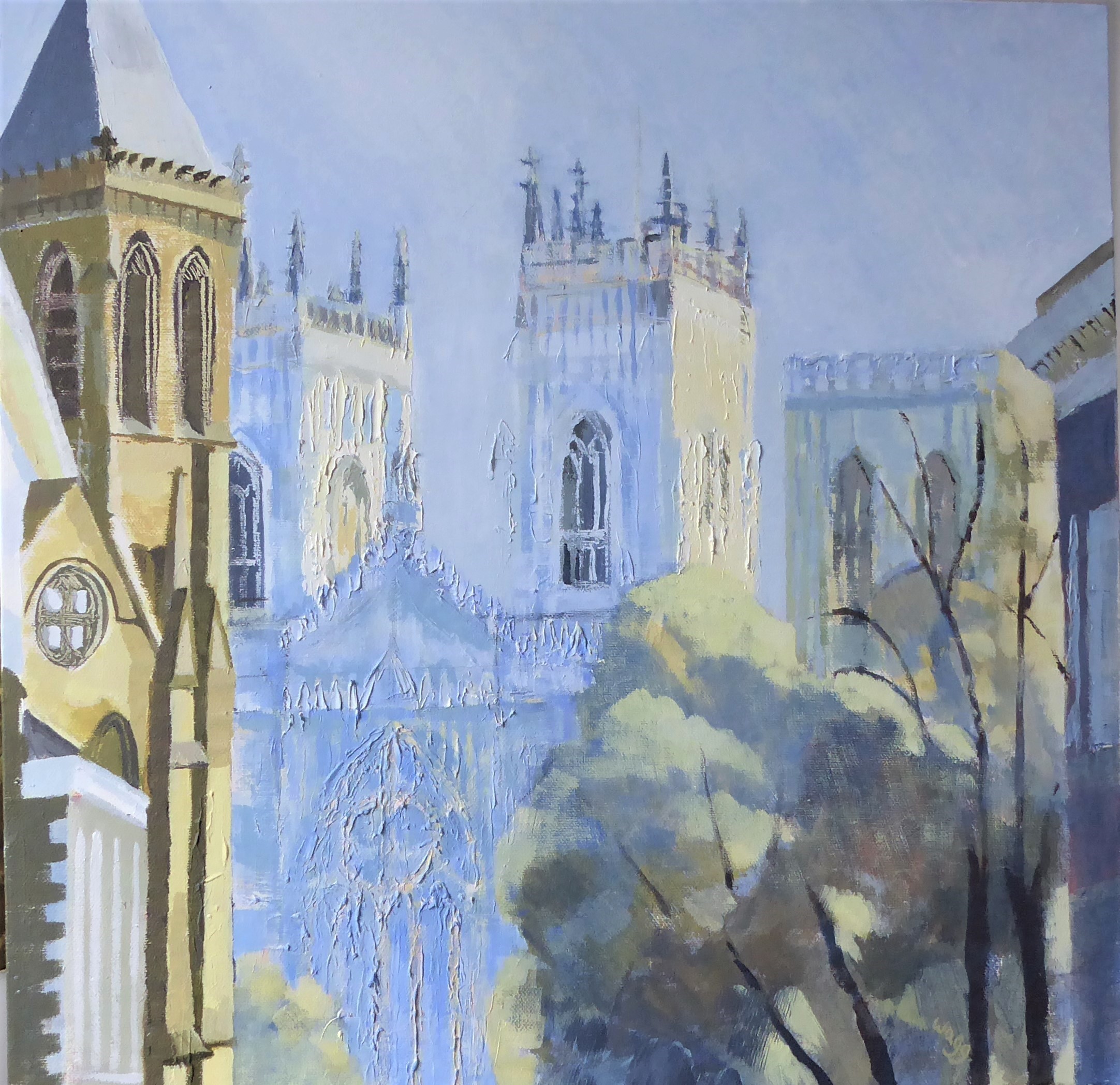 Jackie Wagg was born in Norwich in 1962. She trained at Wimbledon and is now a painter and printmaker. Jackie worked very much against the mood of the time, developing her graphite drawing technique using an eraser, as did Matisse in the 1920’s. She paints in acrylic and also enjoys the simplification involved in lino cut.

Originally a portrait painter, her style and palette owes much to the Fauves. In her painting, colour is used for its reaction to the nearest colour, giving the feeling of coolness or warmth, rather than for tonal effect

In more recent years she has become fascinated by buildings, finding in them different character traits, previously expressed in her portrait subjects. Many of her works contrast urban industrial decay with regeneration but without the drab palette often associated with this subject.

She is represented in the V&A National Art Library collection and has also exhibited at the RA & National Portrait Gallery as well as many solo and group shows throughout the UK.