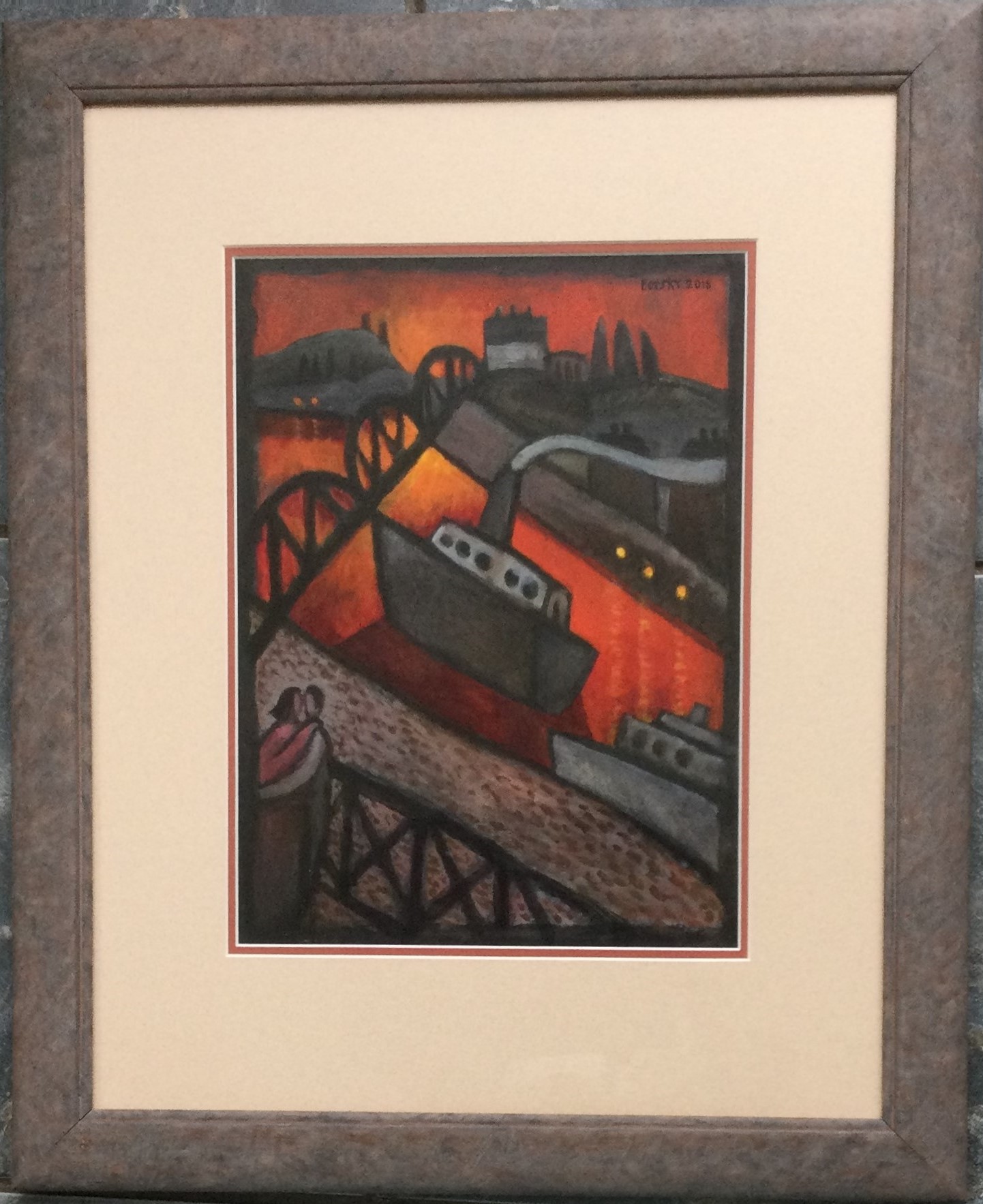 “Riverside with lovers – Quay at Vyton” 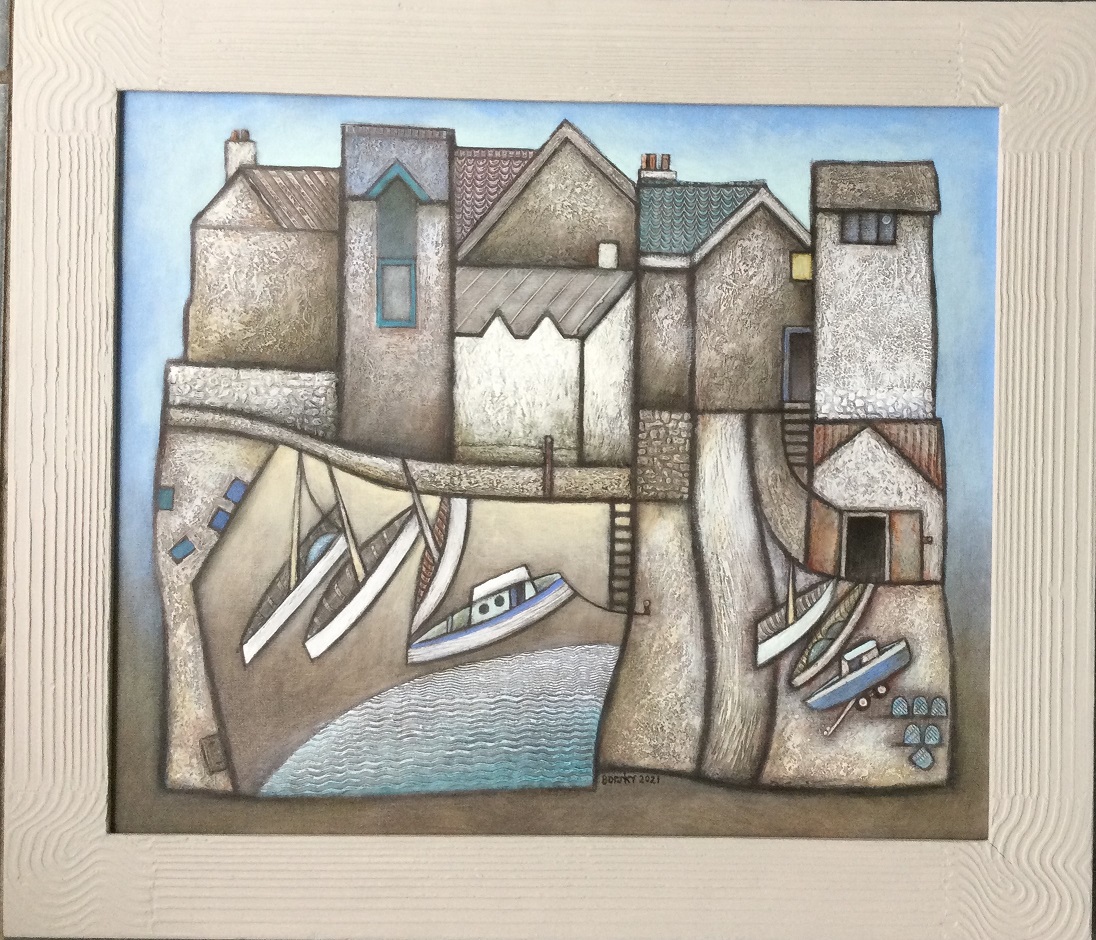 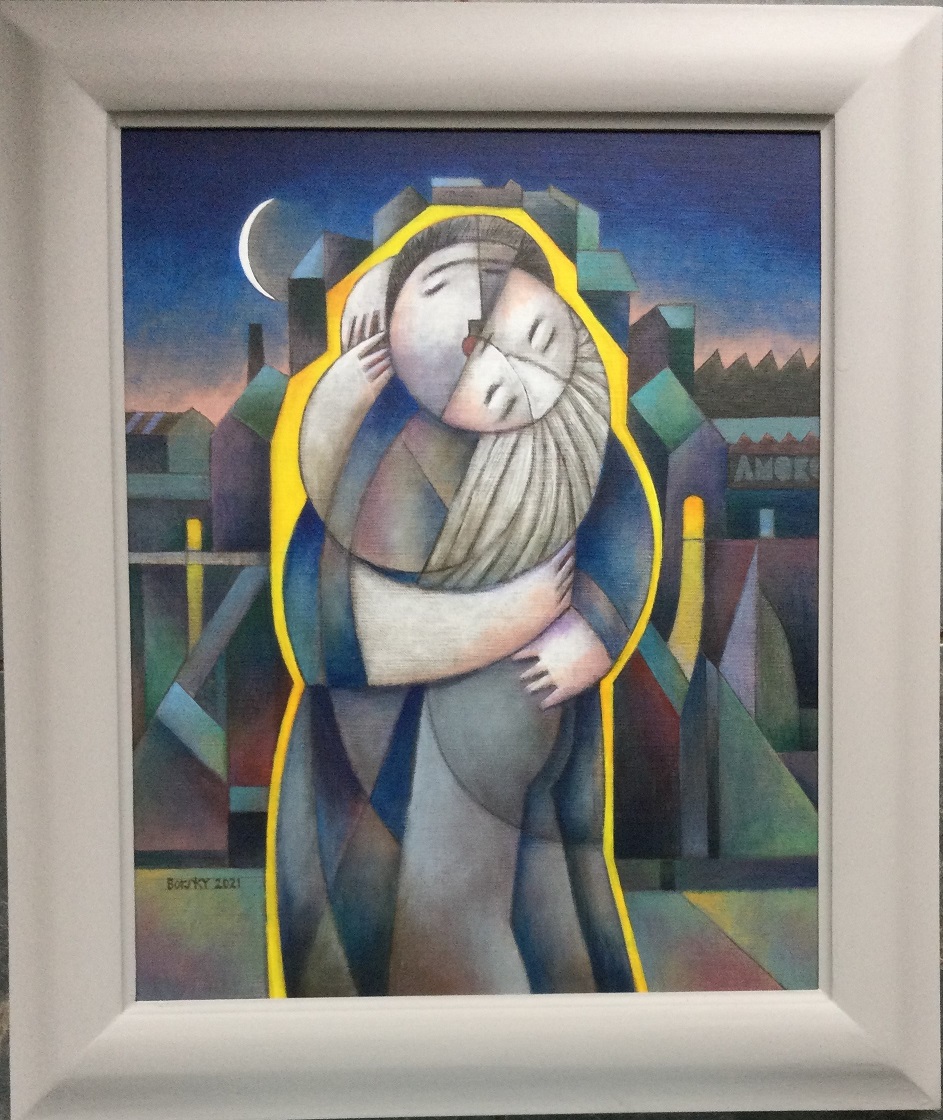 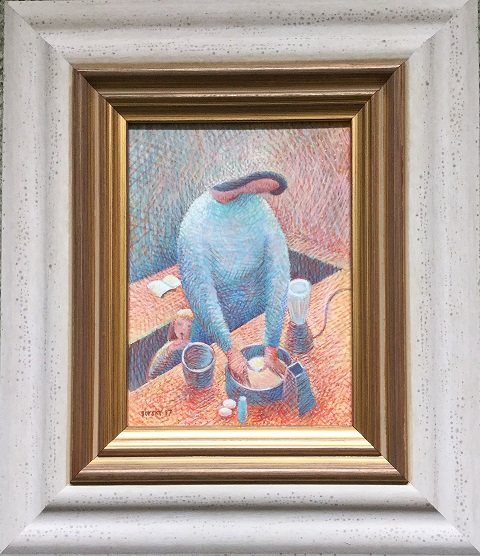 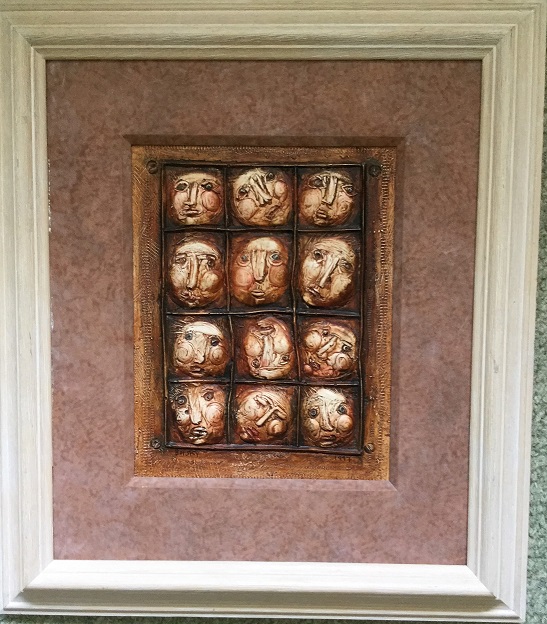 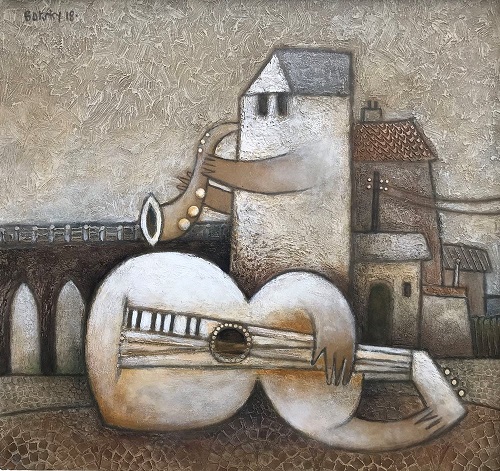 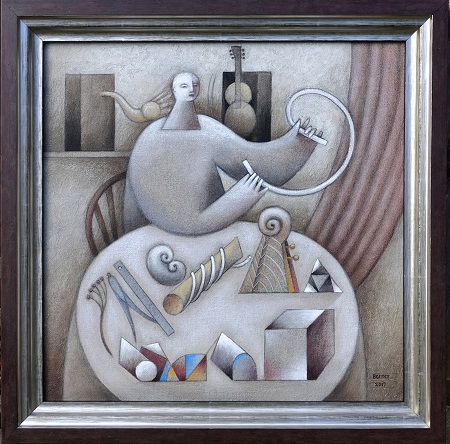 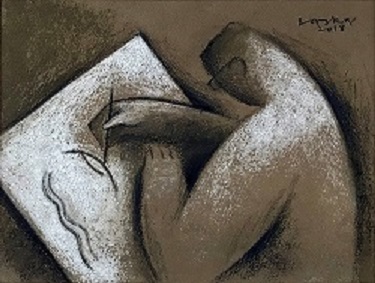 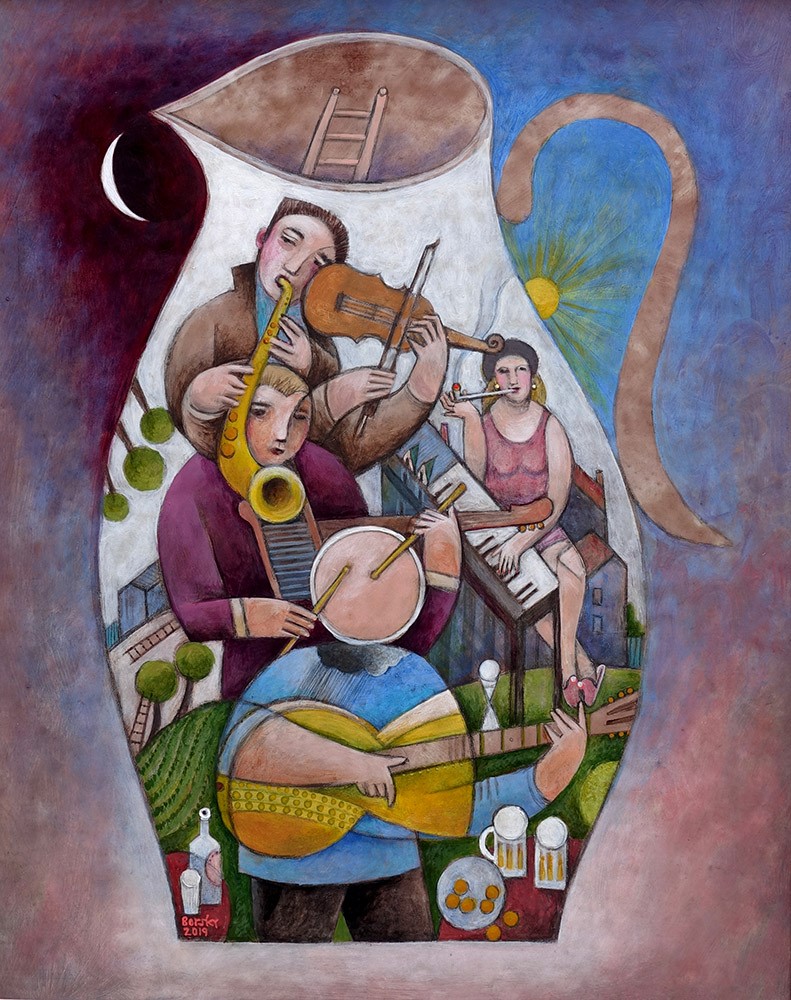 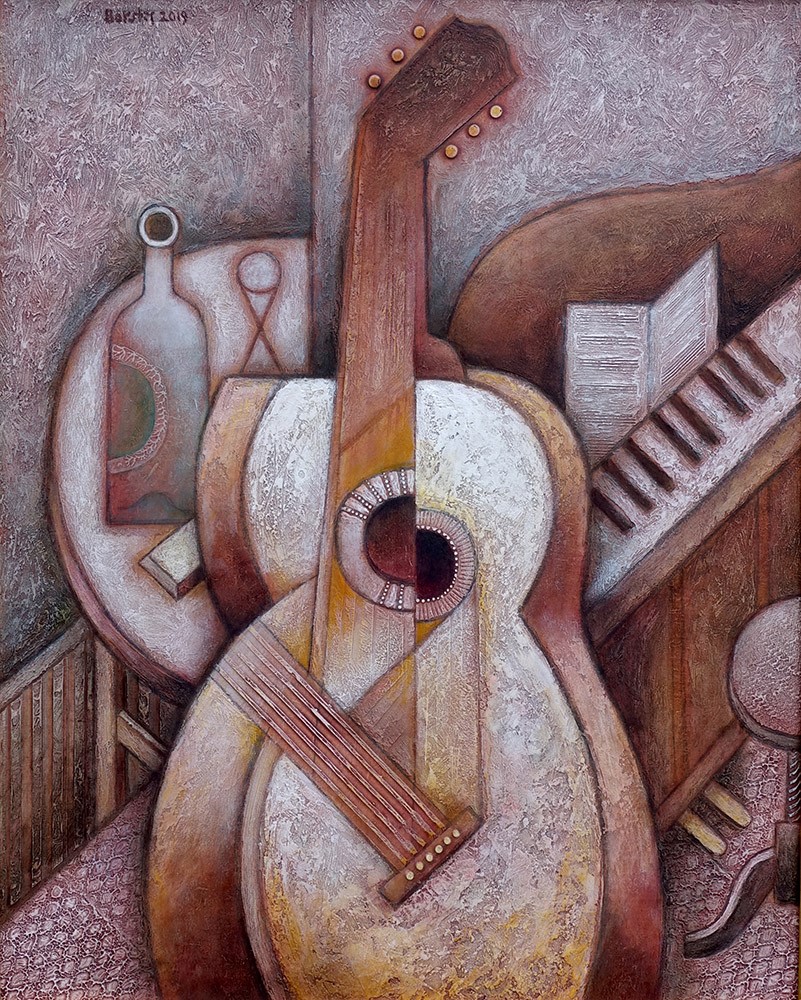 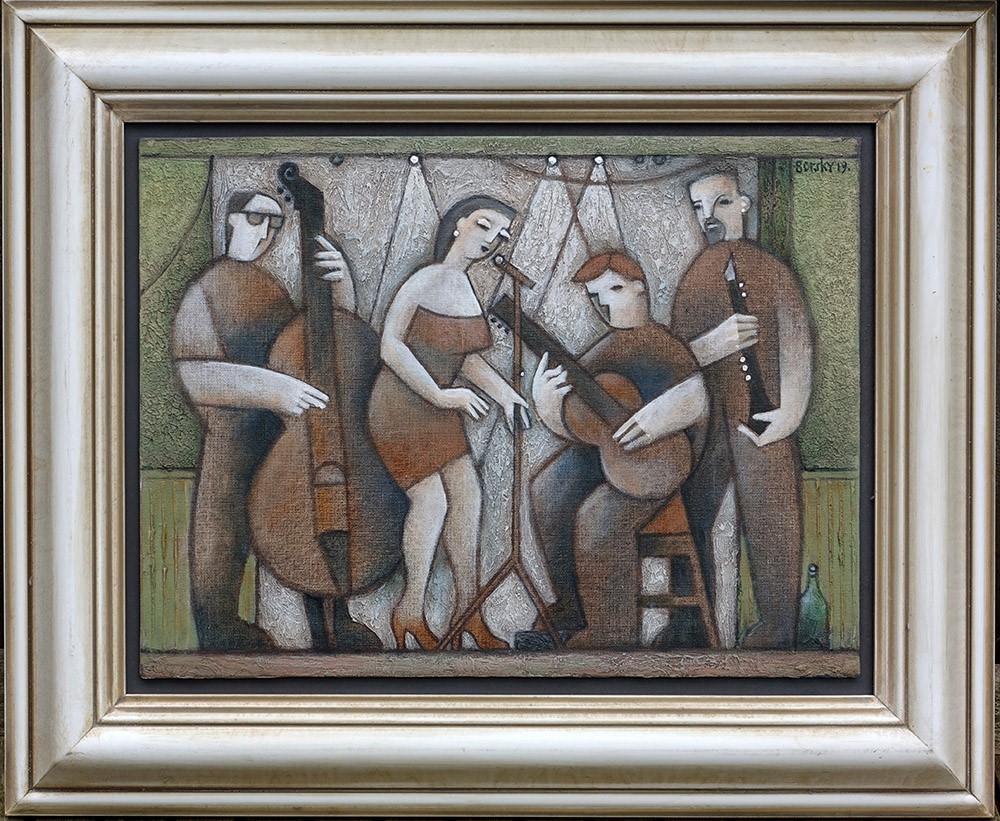 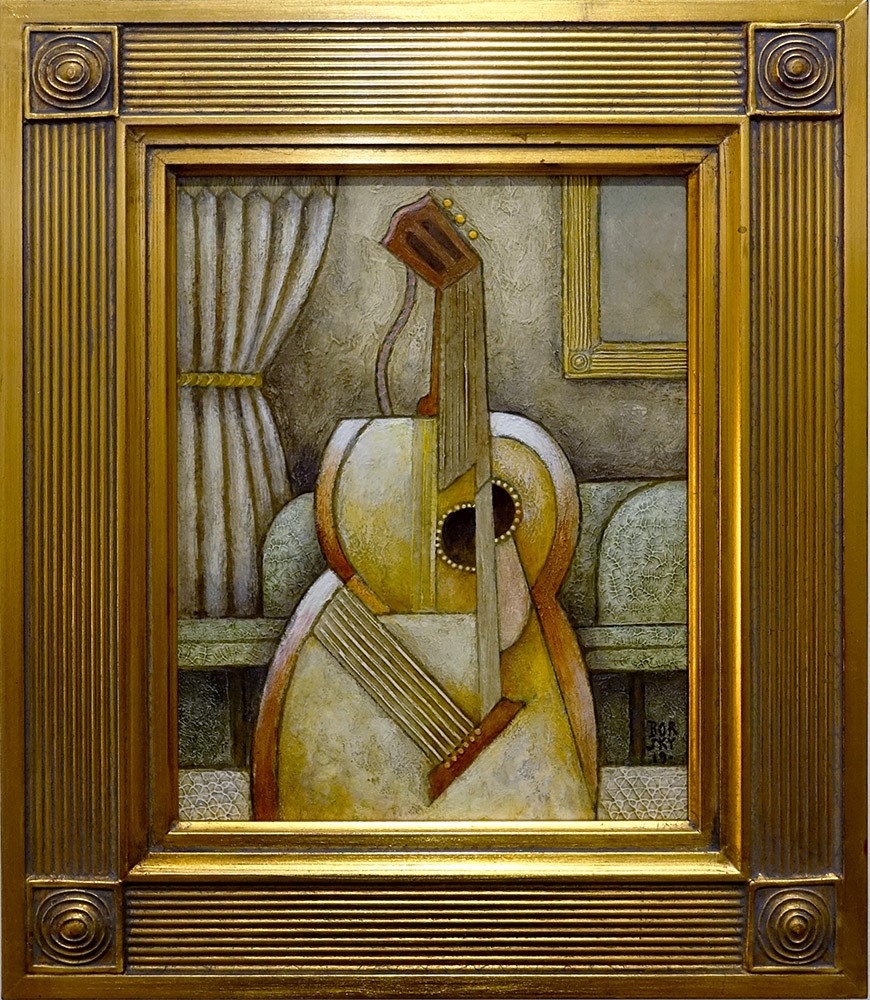 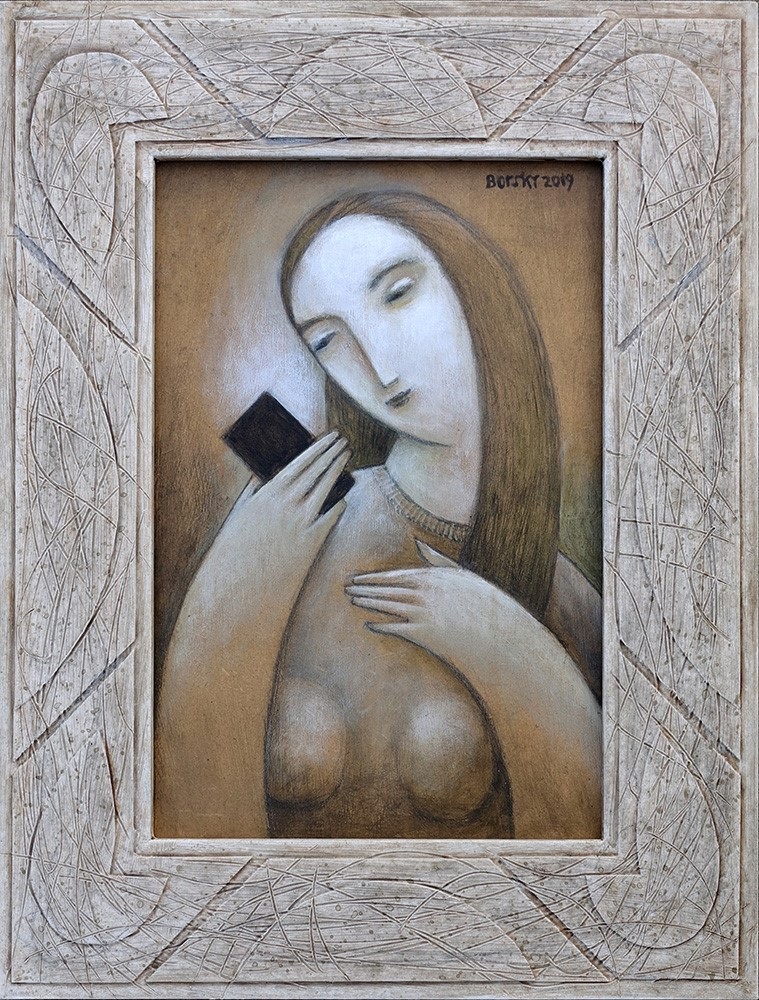 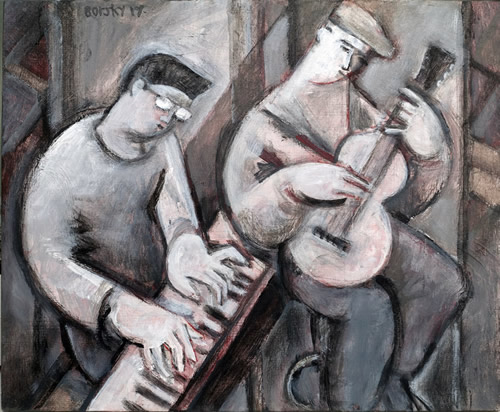 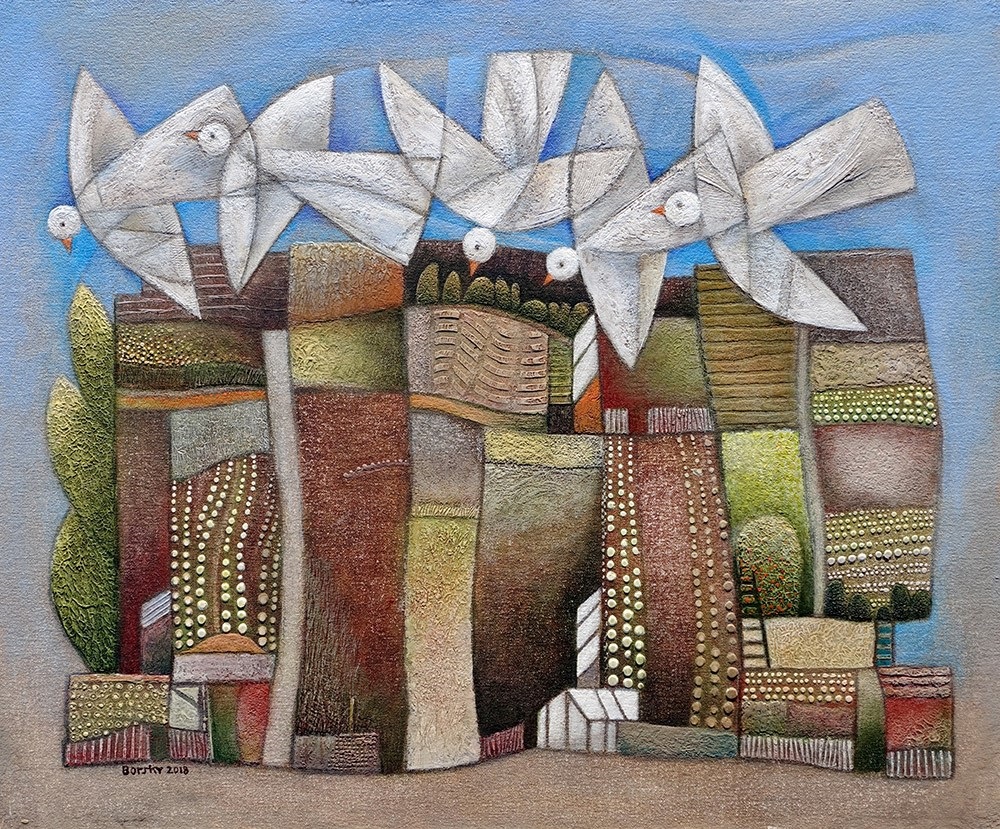 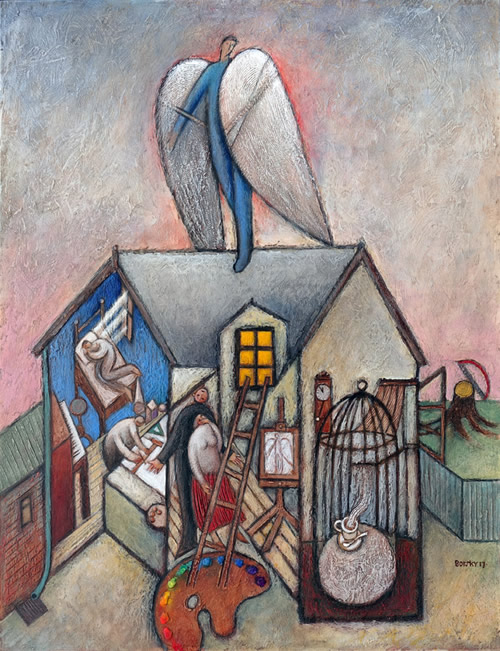 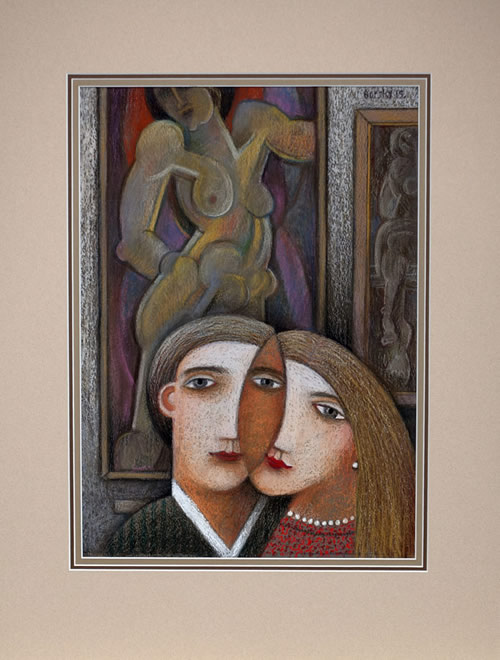 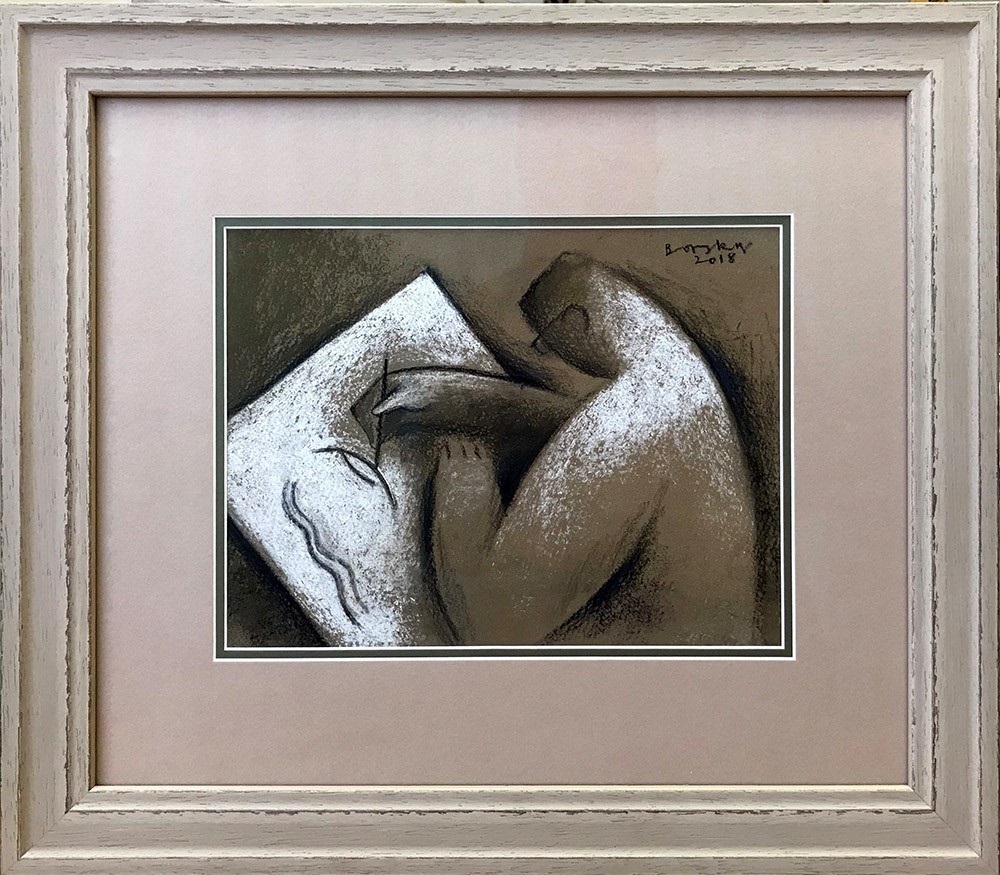 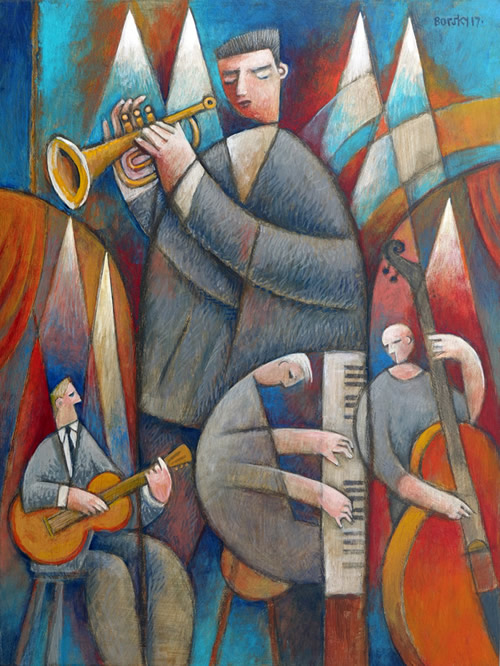 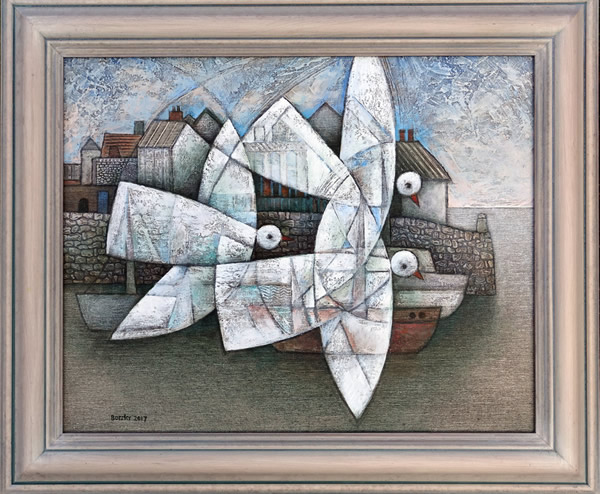 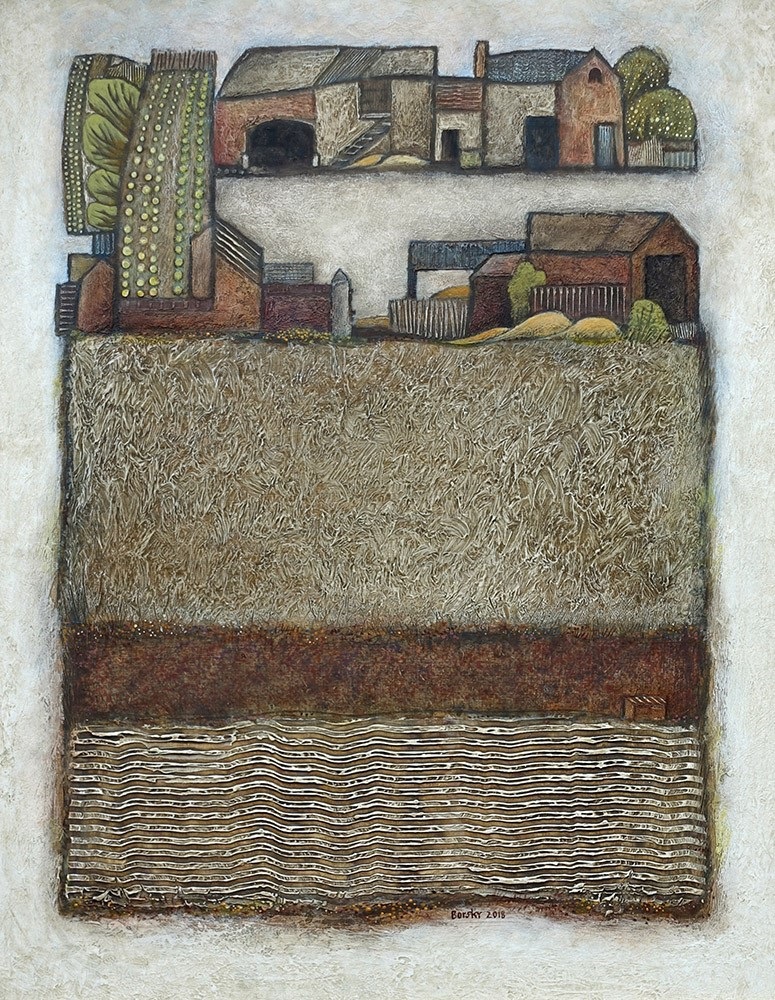 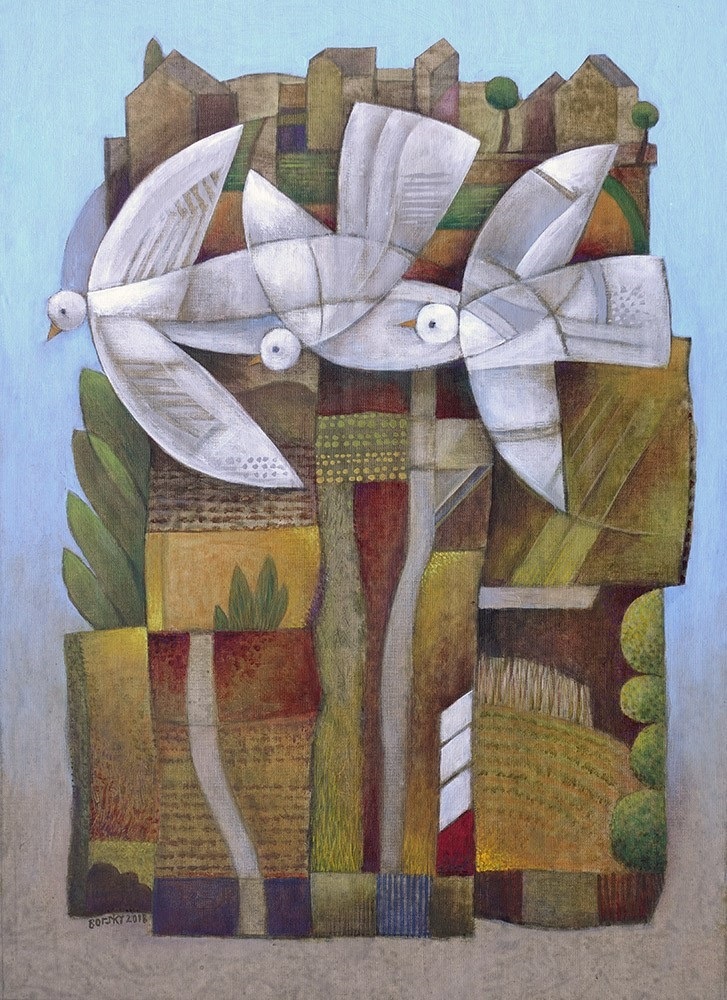 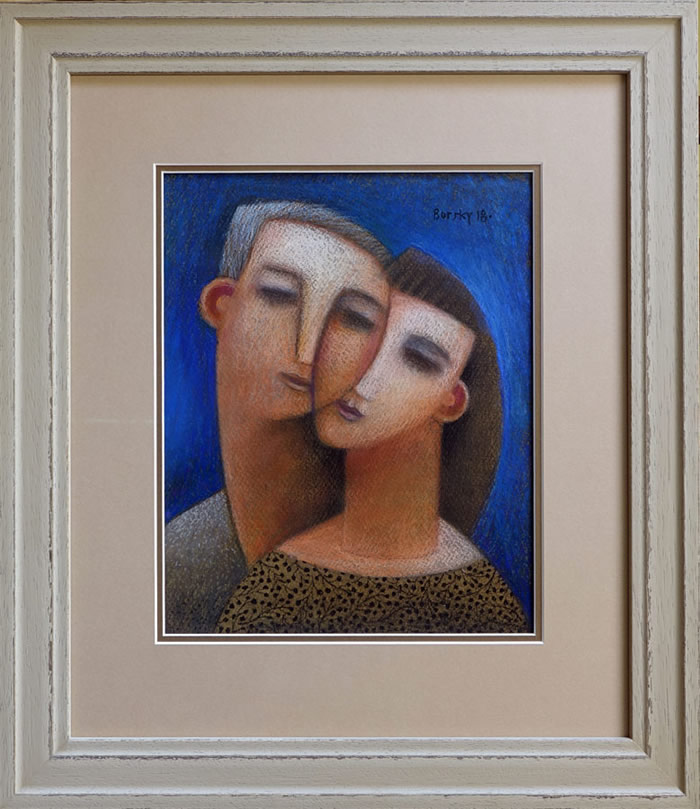 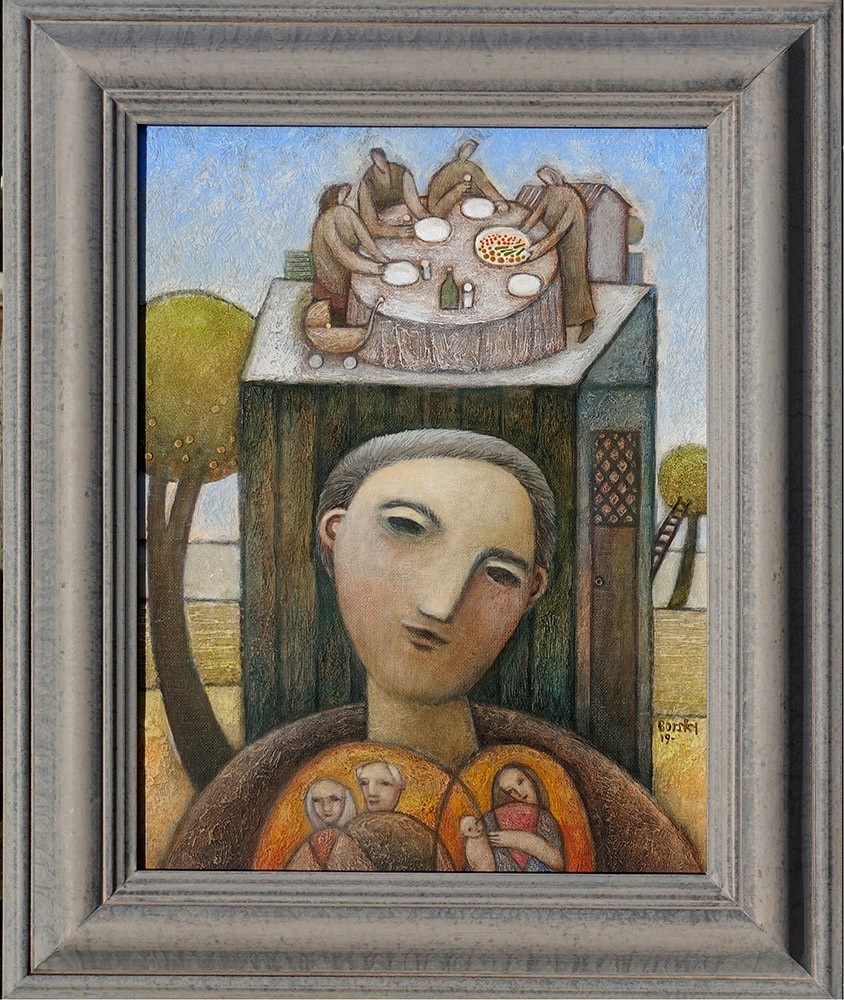 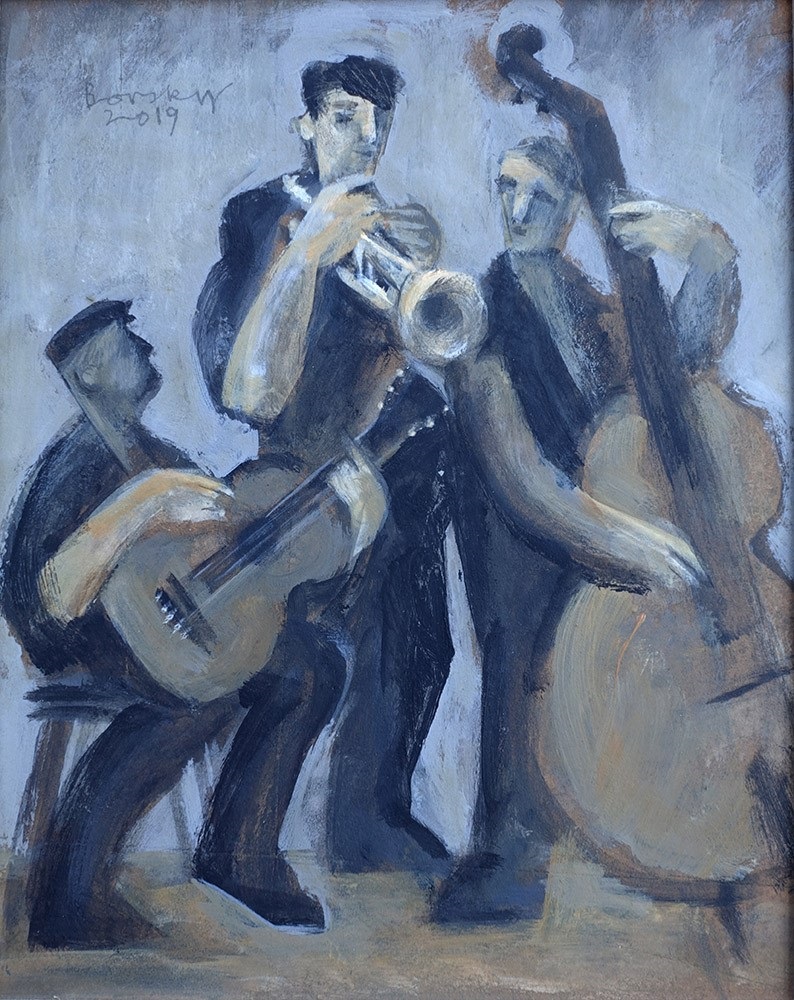 “What shall we play next?” 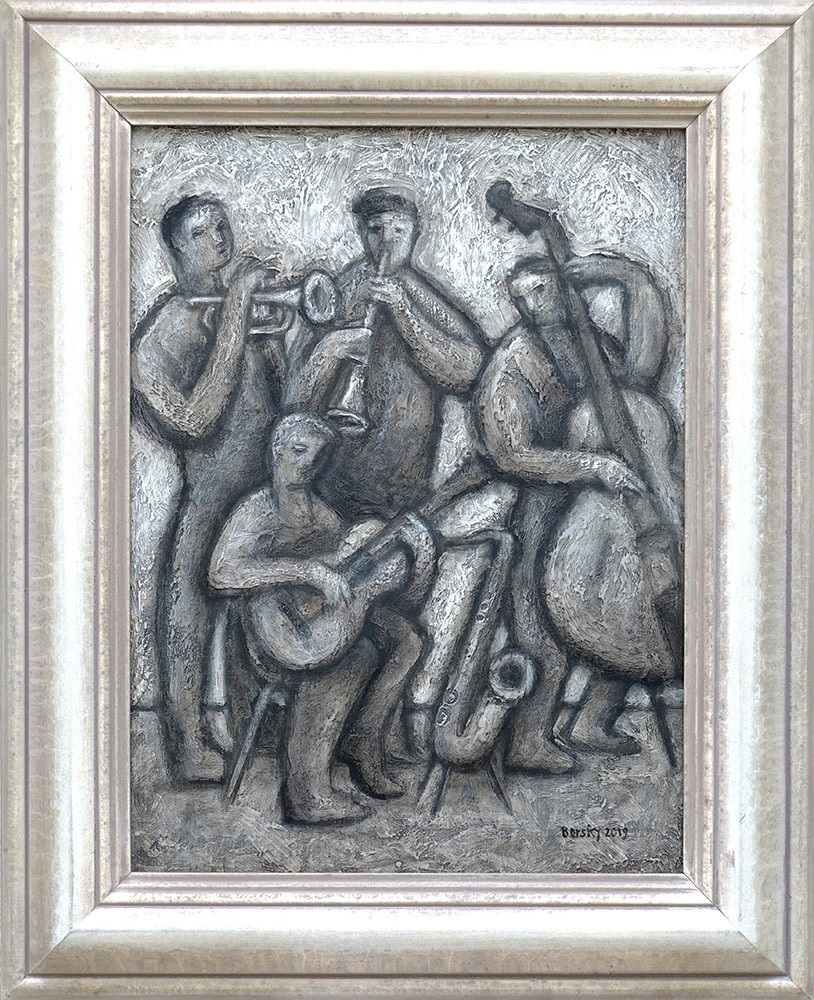 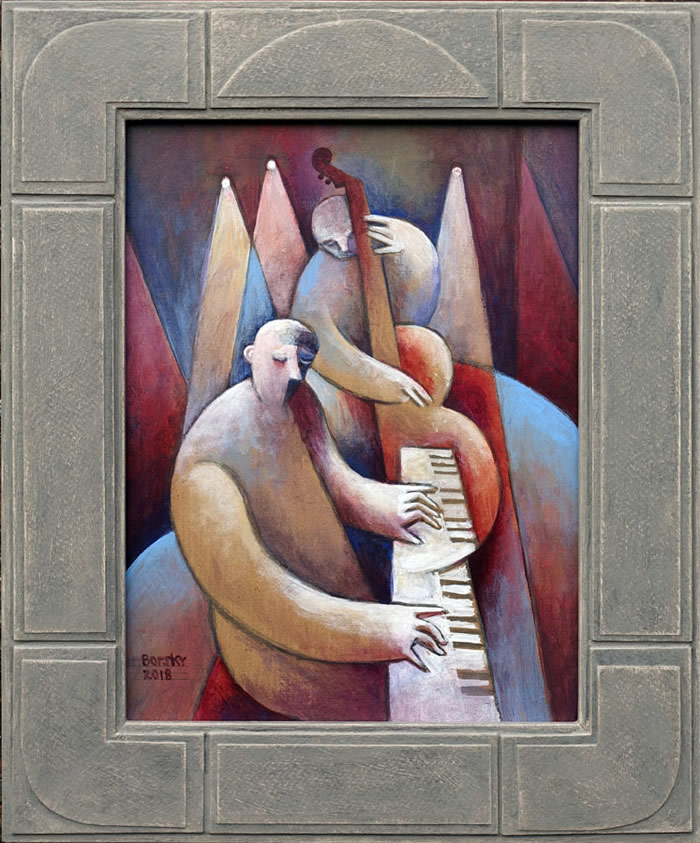 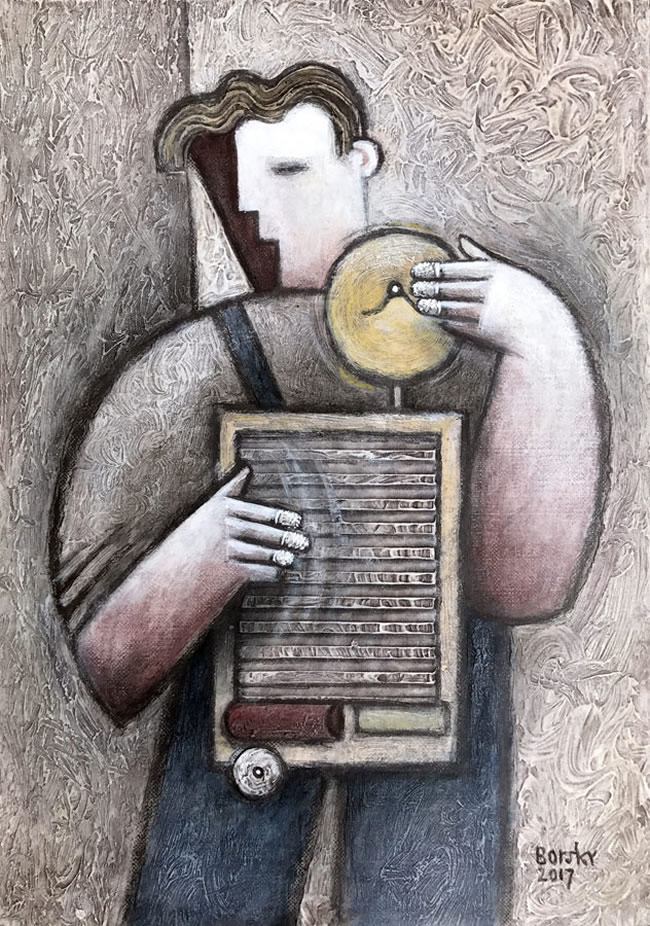 Jiri Borsky‘s subjects are many and varied and often have an intriguing and deeply considered story to tell. His passionate love of music is often reflected in his paintings (some of his images have been used by the music industry on CD covers). The symbolic intertwining of two lovers is also a recurring image. His preferred medium is acrylic as this supports his technique of working textures into the painted surface, giving his work a satisfying tactile quality.

Jiri likes to be involved in the whole presentation of his work. He often makes his frames from pieces of wood that he might have found at some time, perhaps on a beach or in a garden. If he doesn’t create the whole frame, he will change one and re-patinate others. The result is a totally creative piece of work.

He was born in Dobrany, Czech Republic 1945 and came to England in 1968. He worked for a time as a draughtsman at Wedgwood. He married in 1972 and settled in the Potteries, becoming a British citizen in 1975.

While studying painting at Staffordshire as a mature student, he was taught by Arthur Berry. He graduated from there with a BA (Hons) in 1979.

Since then he has been a professional full time artist. He is represented in several public and corporate collections plus numerous private collections in Britain and abroad.