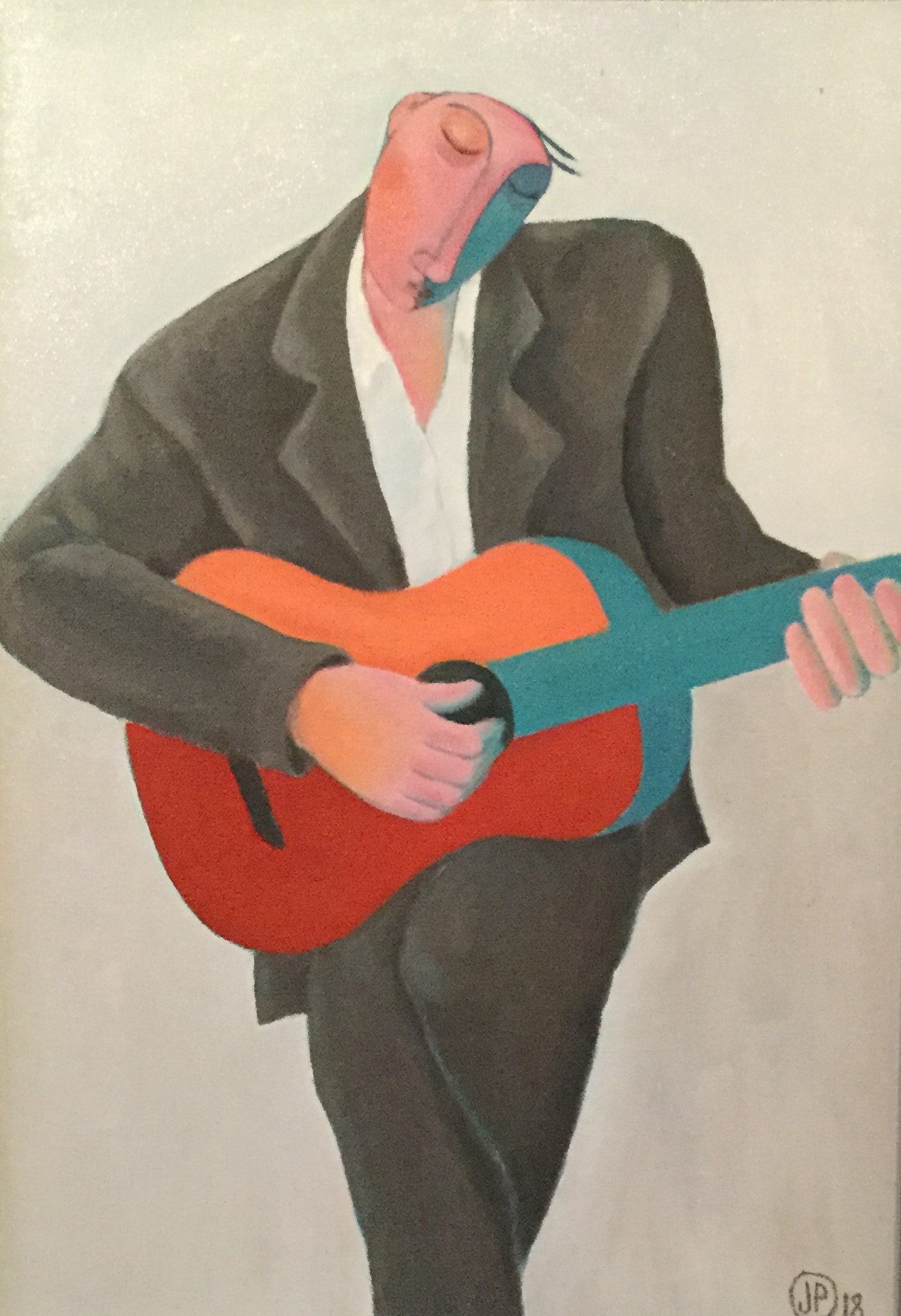 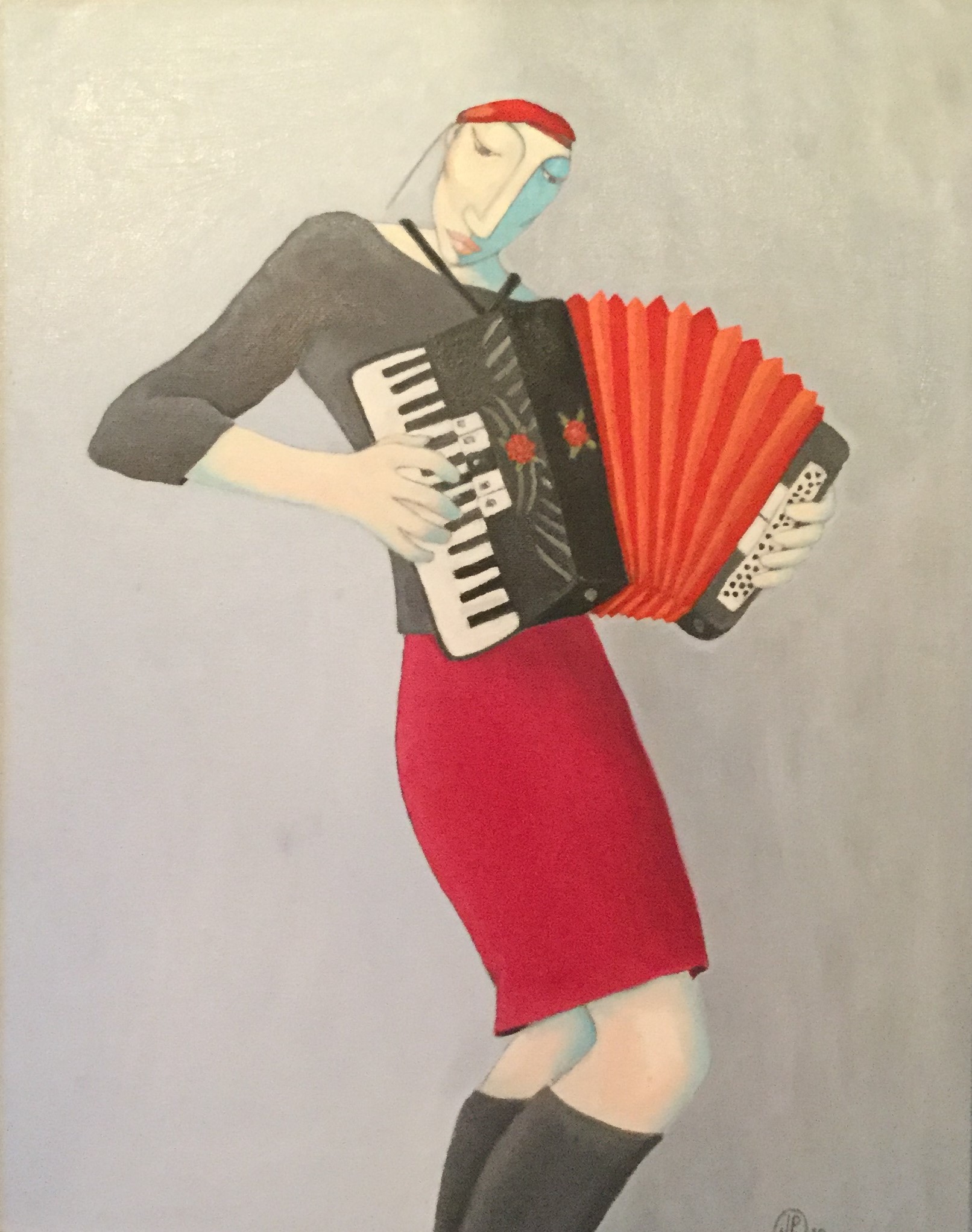 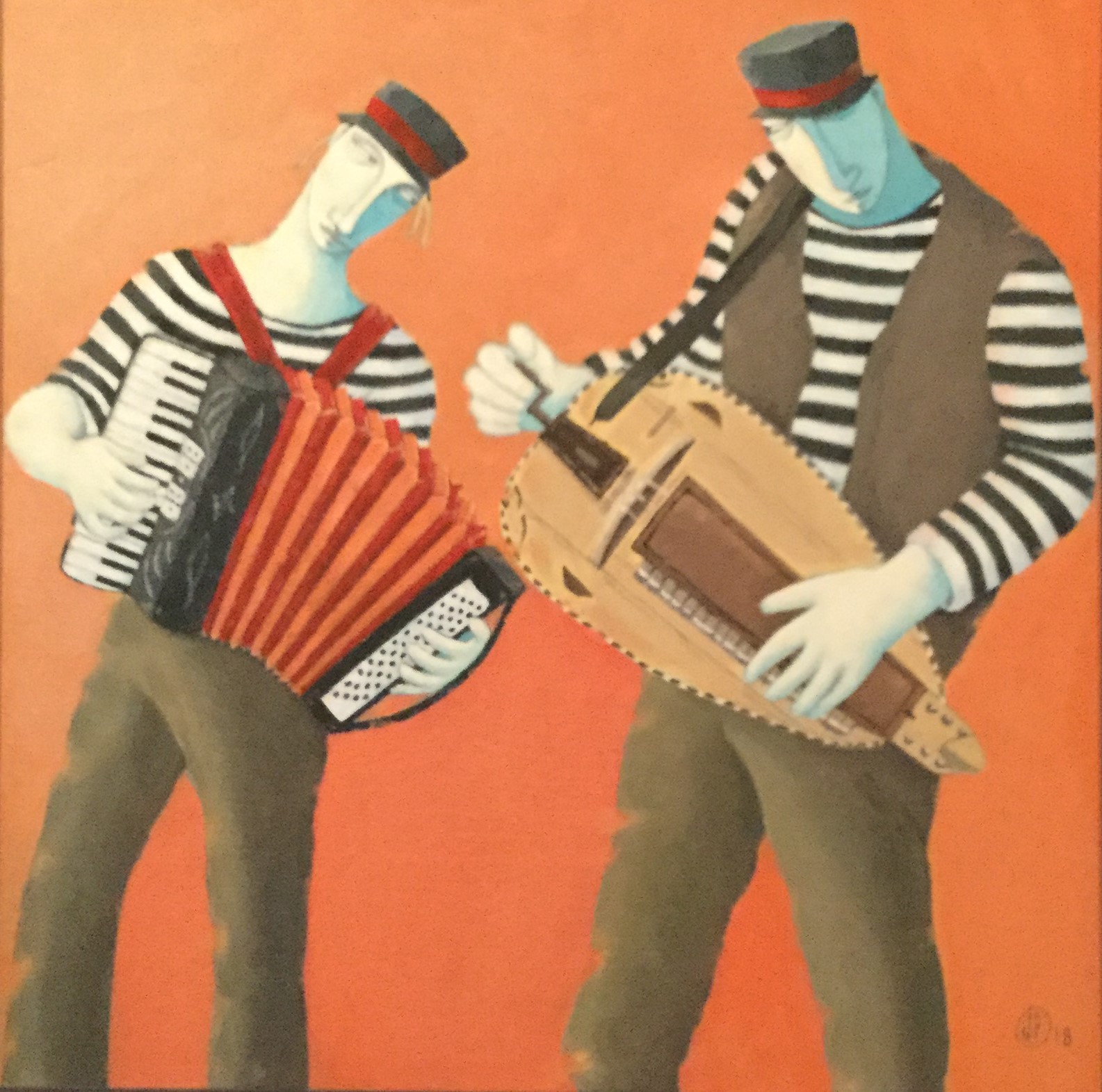 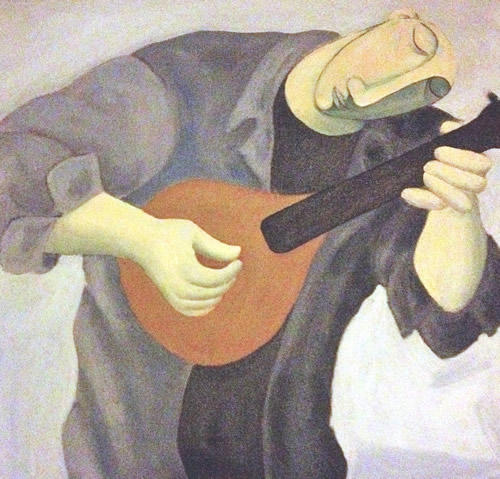 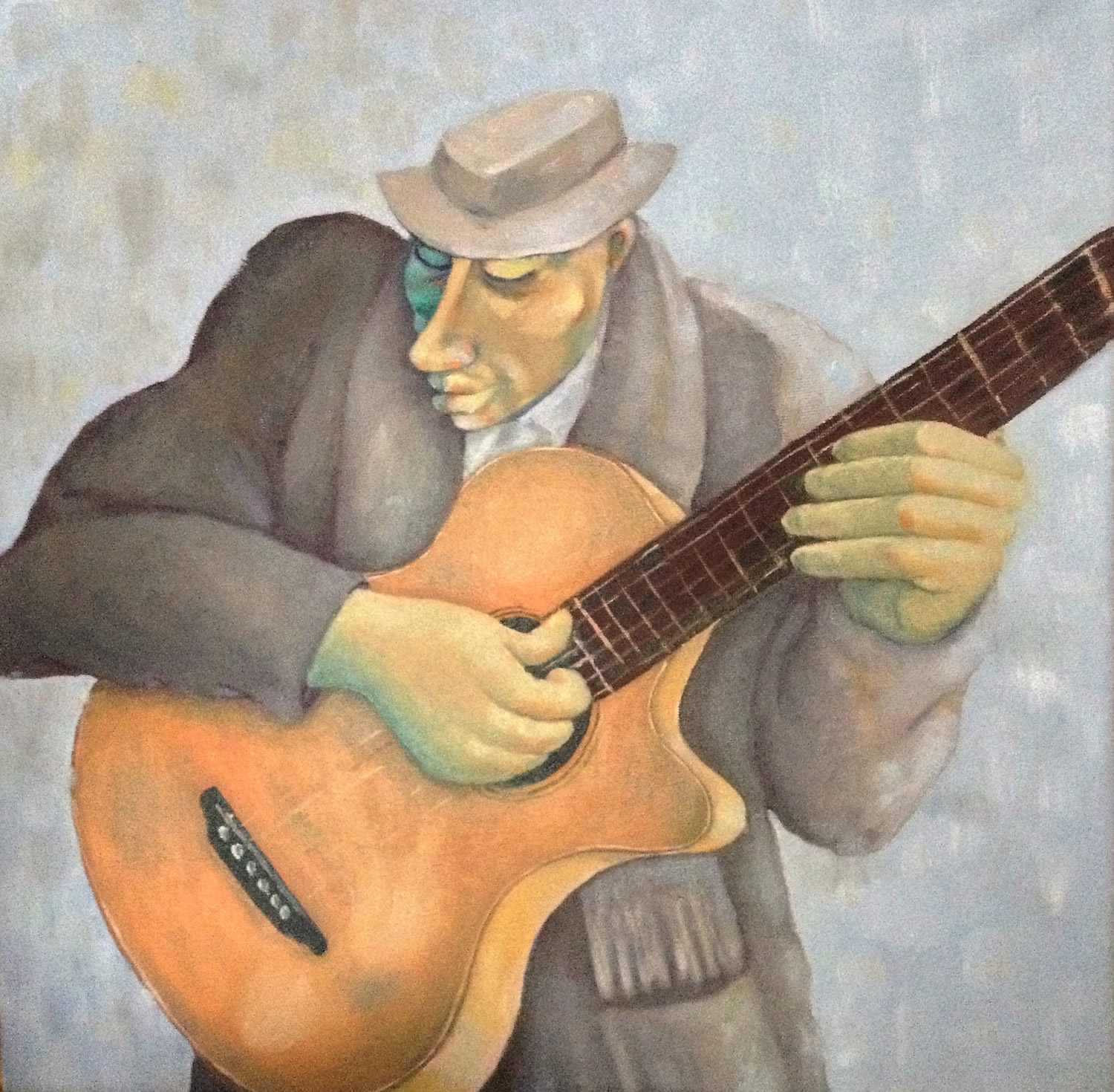 A musician herself, Joanna Powell has been surrounded by music for most of her life and has a particular love for Scotland’s rich tradition of folk music. She likes to sketch her fellow musicians while they are playing and later transform these impressions into her own lyrical vision – normally working in oil.

She is particularly fascinated by the relationship between artist and instrument and the point at which a player becomes ‘lost in music’.

Her paintings have a simplicity of concept and design. There is no attempt to embellish her subjects. She expresses the love, the pure concentration and the moments of rapture experienced by each of her fellow players.

Originally from the Scottsh Borders, Joanna specialises in paintings of musicians and also portraits. She studied Fine Art at Lincoln and later at Preston College of Art. She has exhibited primarily throughout Scotland but also with selected private galleries in England.