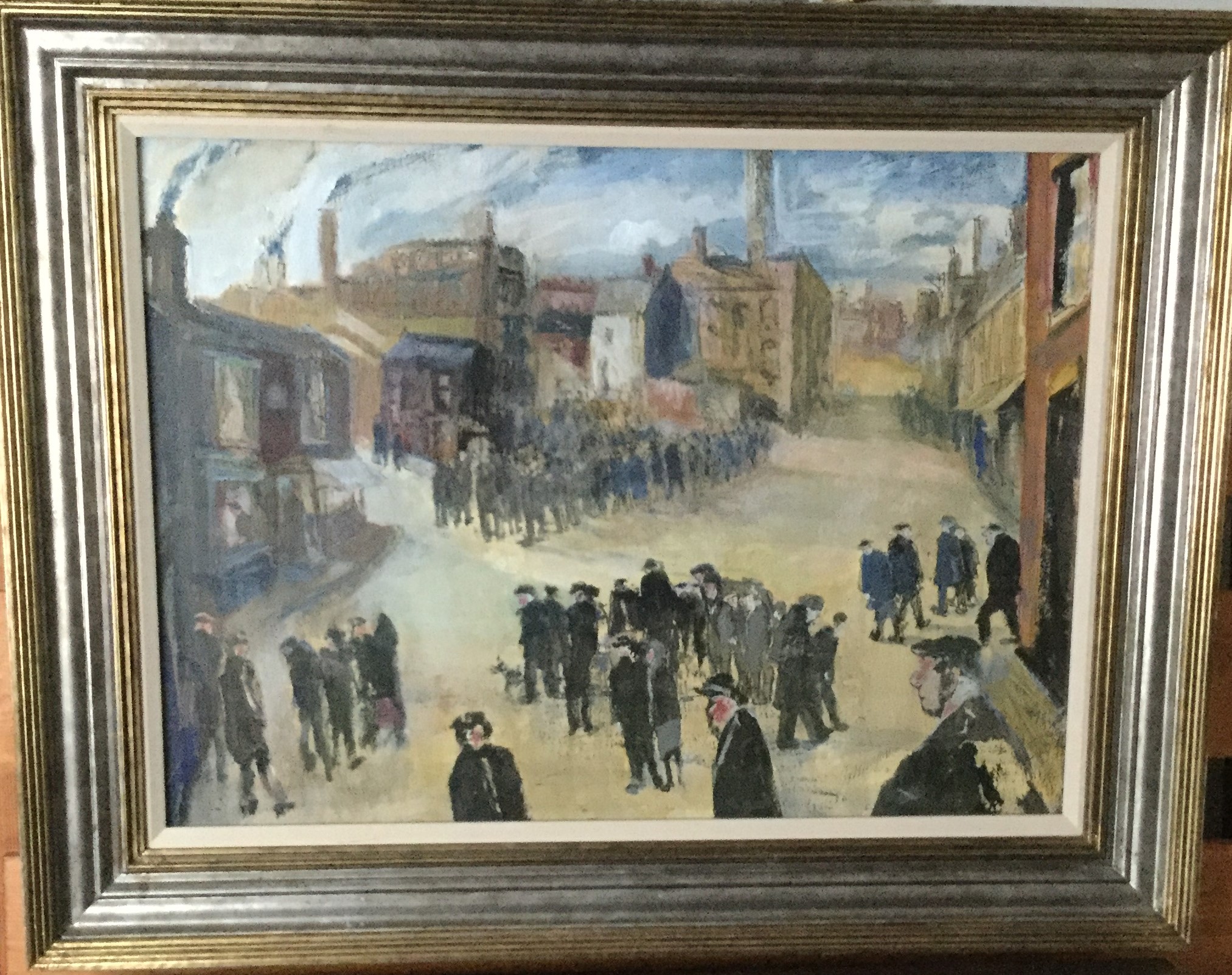 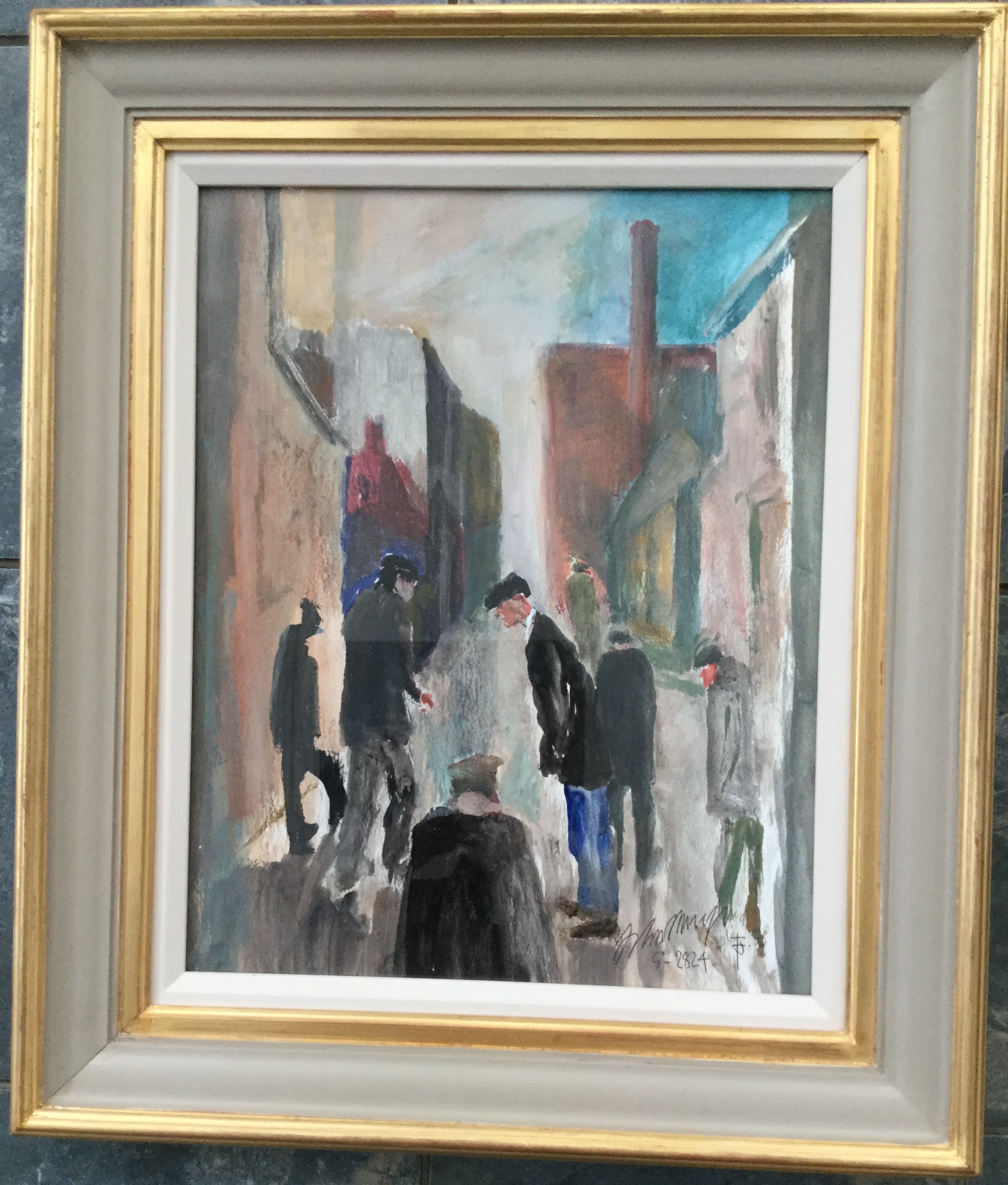 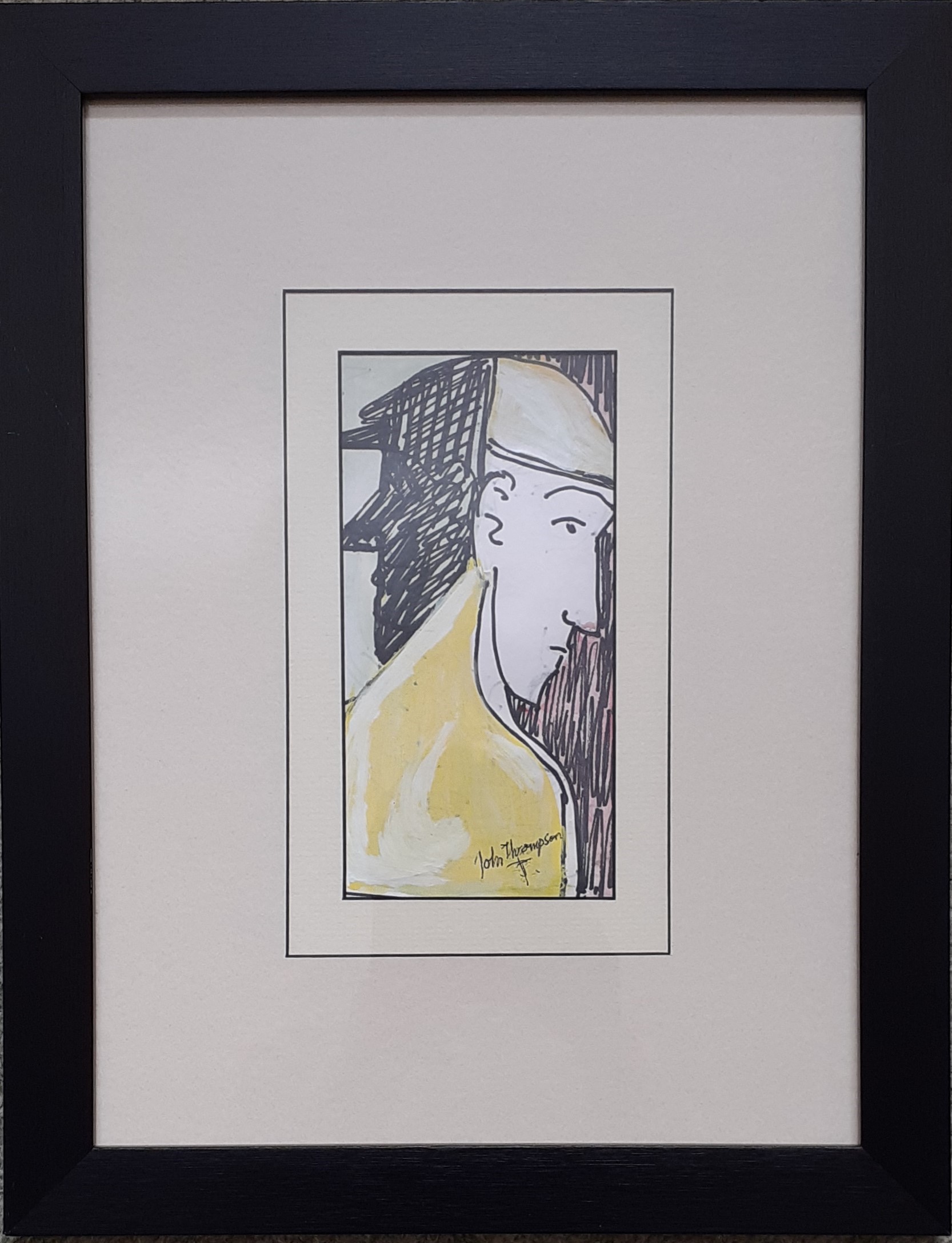 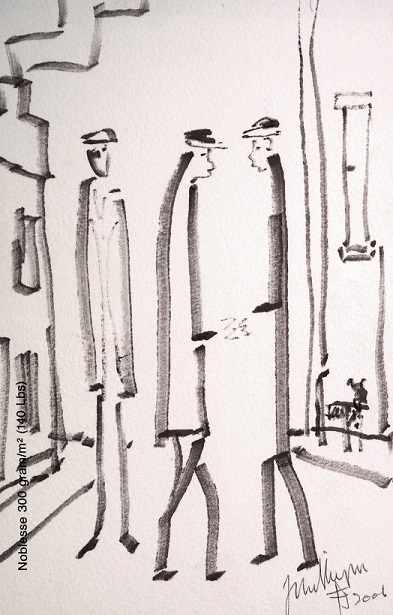 “Three men and a dog” 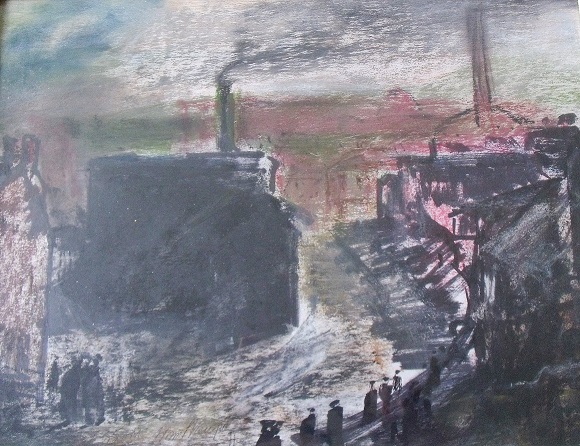 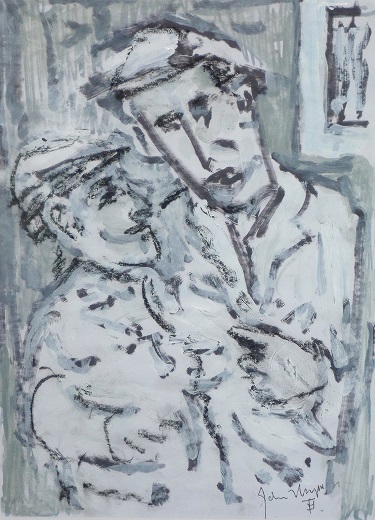 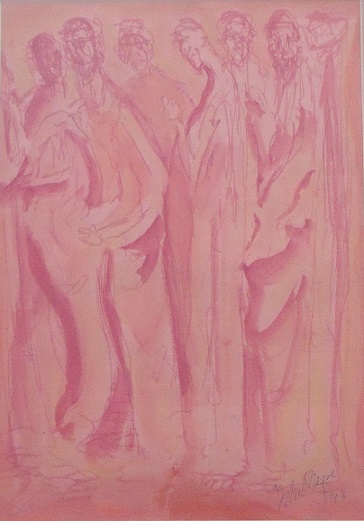 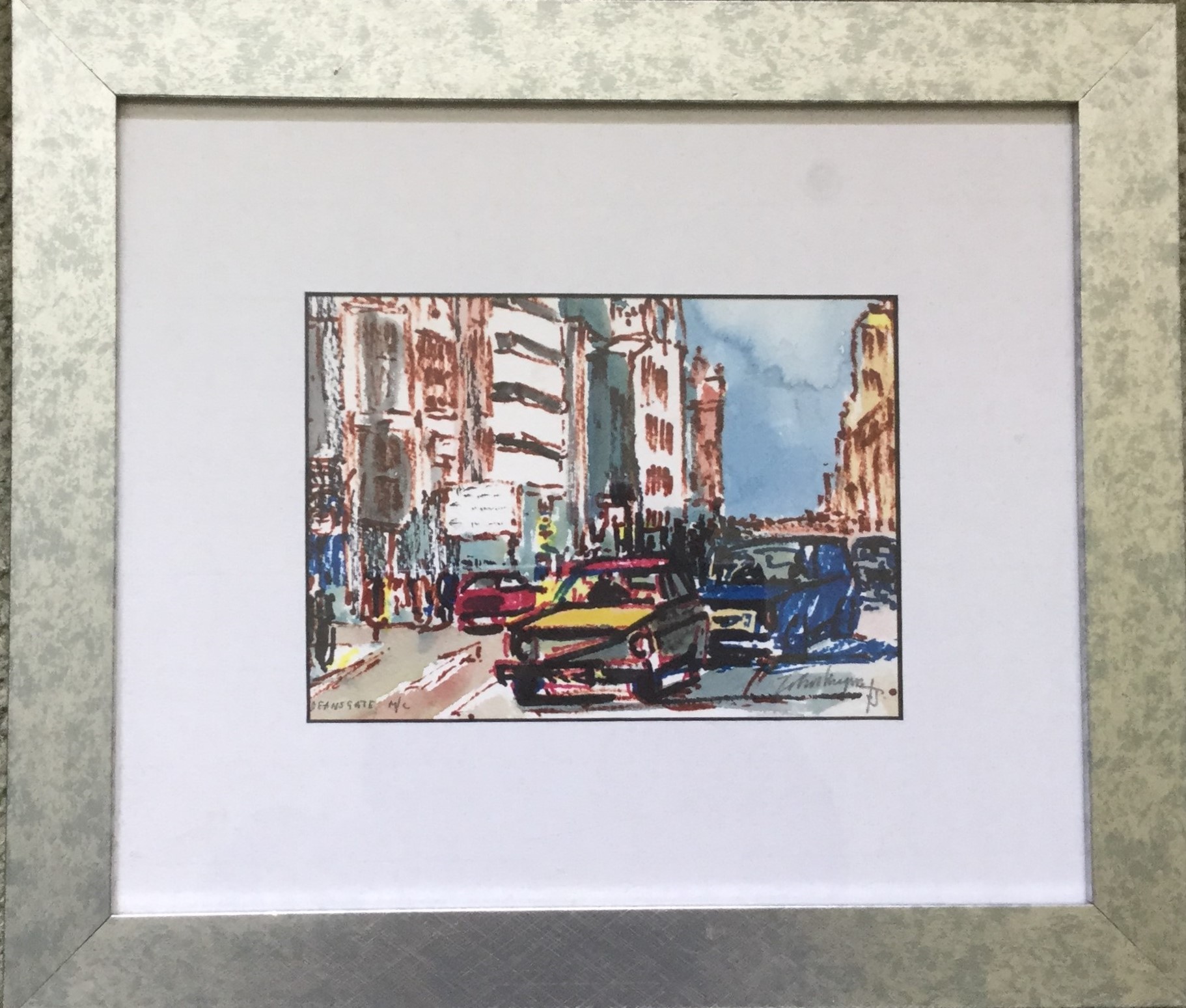 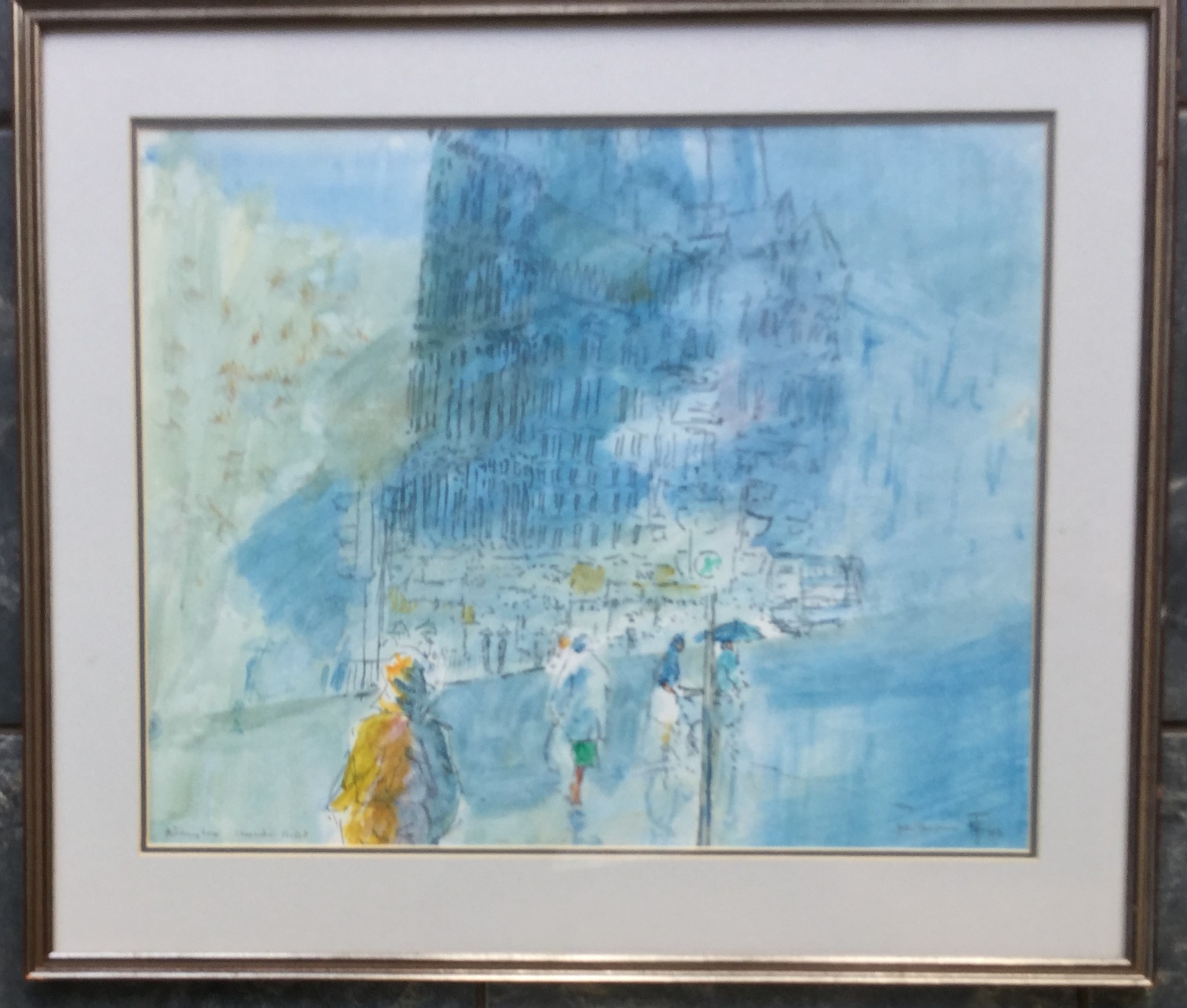 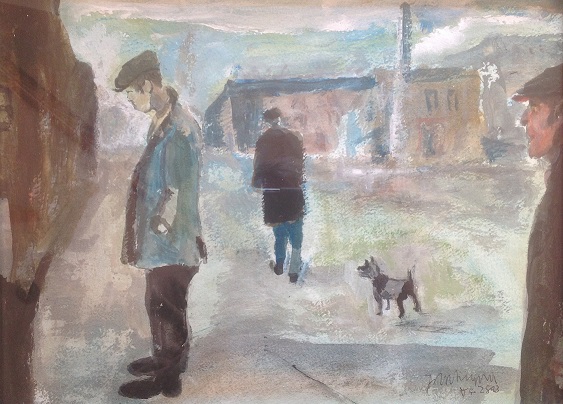 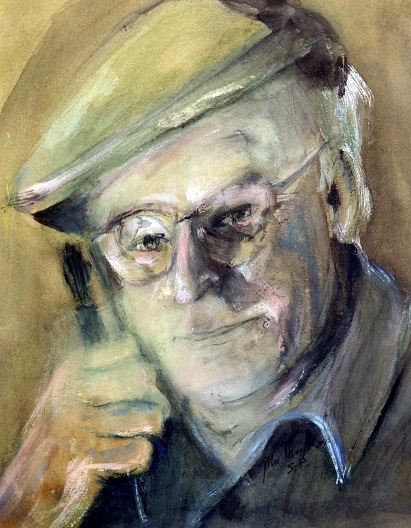 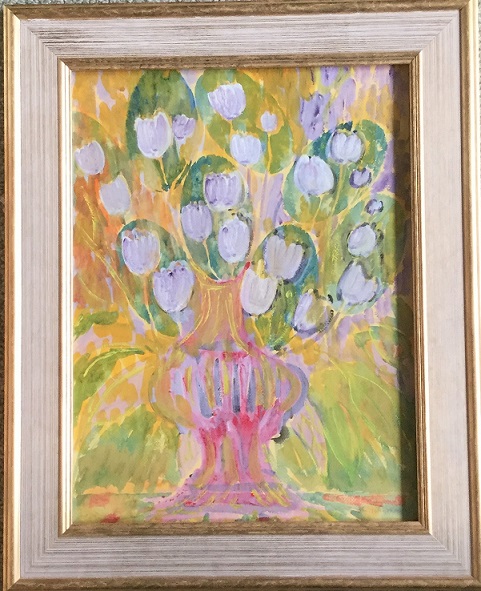 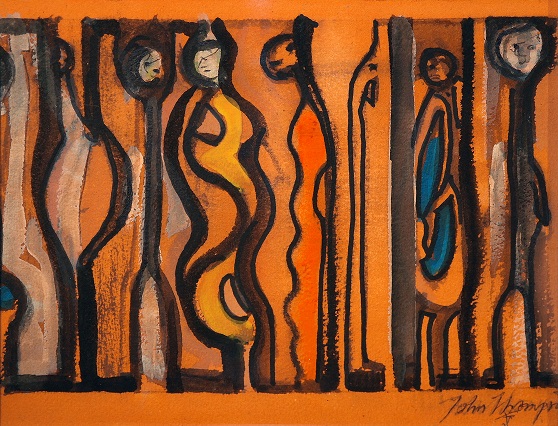 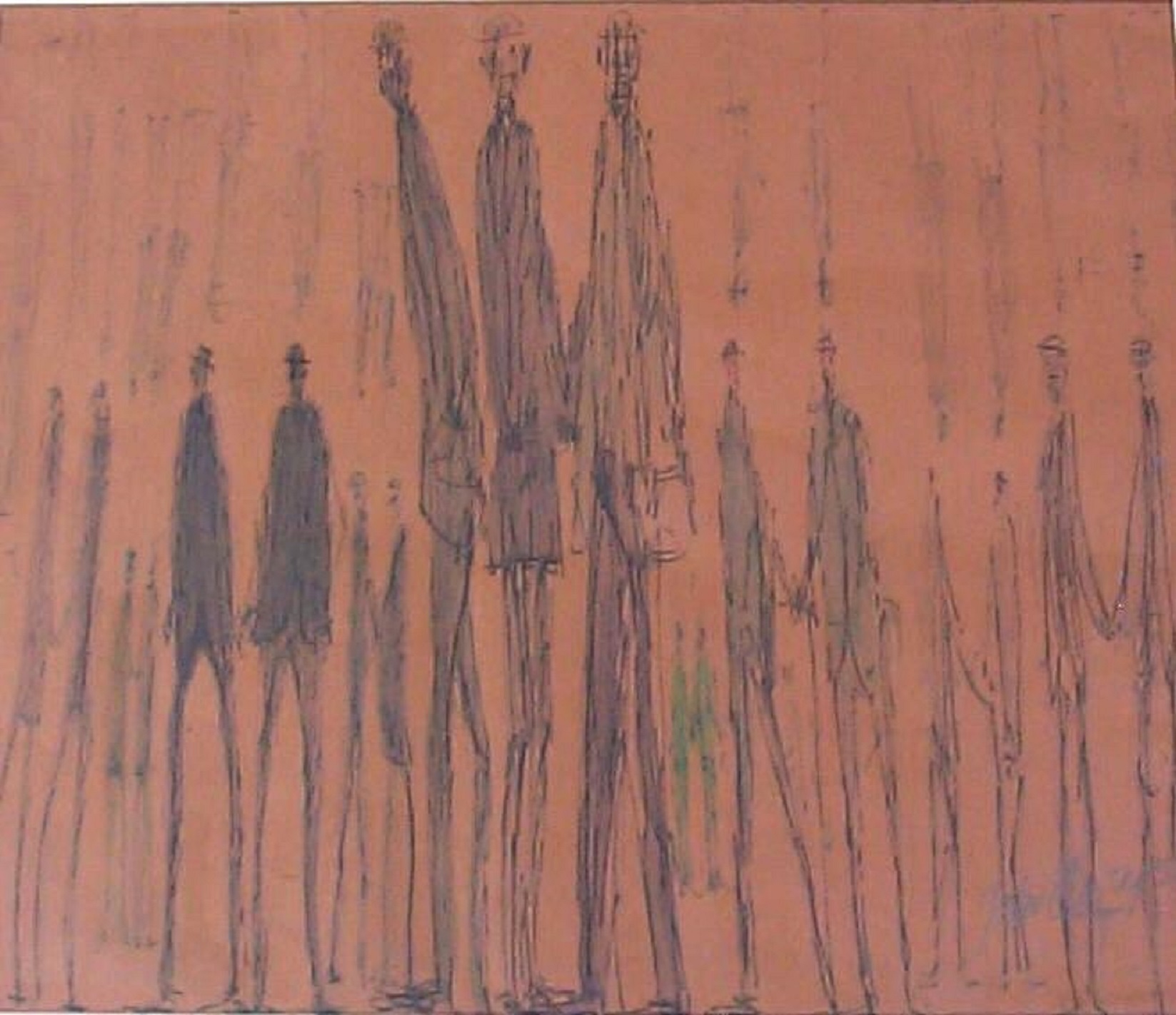 John was born in Salem, Oldham and was a founder member of the Saddleworth Art Group and member of the Oldham Art Society. His early career involved display design and he only became a full time painter in later years.

His first one-man show was held at Salford Art Gallery in 1988. He also exhibited at the Royal Watercolour Society and as his work became more in demand, took part in many solo and group exhibitions throughout the UK. In 2002  three of his Groups Series paintings were purchased for the House of Lords Collection. His work is now represented in private collections all over the world.

John was a very charismatic character and loved to talk about his work. He used a variety of media and was always experimenting with paint combinations and effects. His subjects were many and varied but he became best known for his Groups Series – images of the working man.