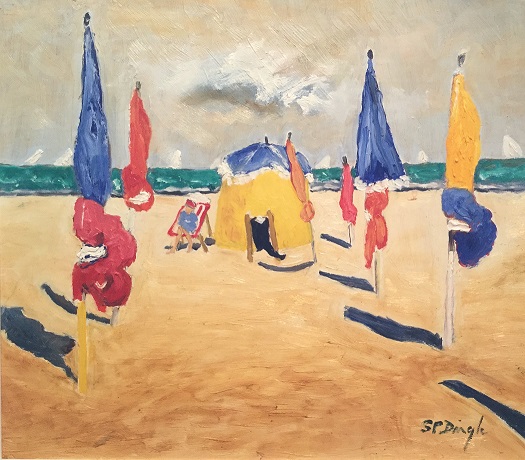 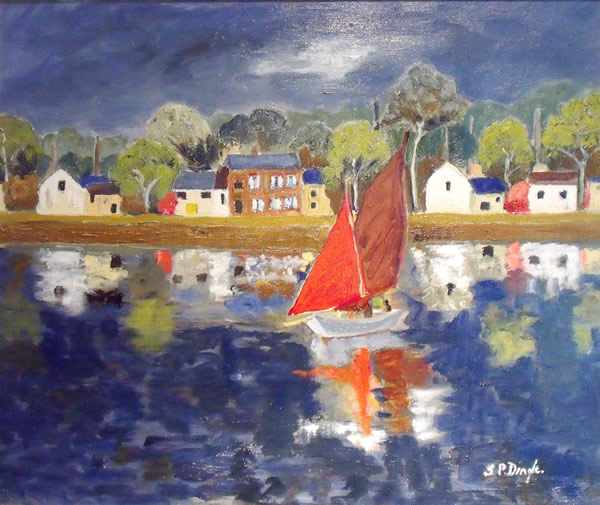 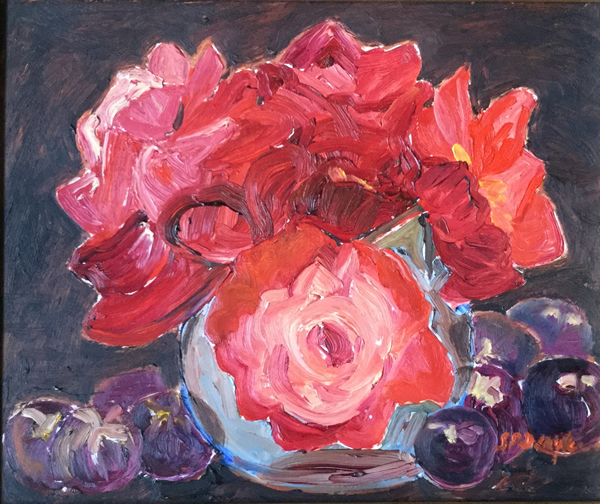 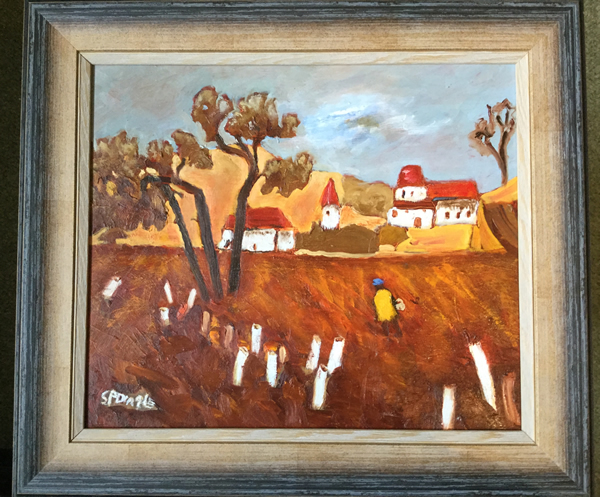 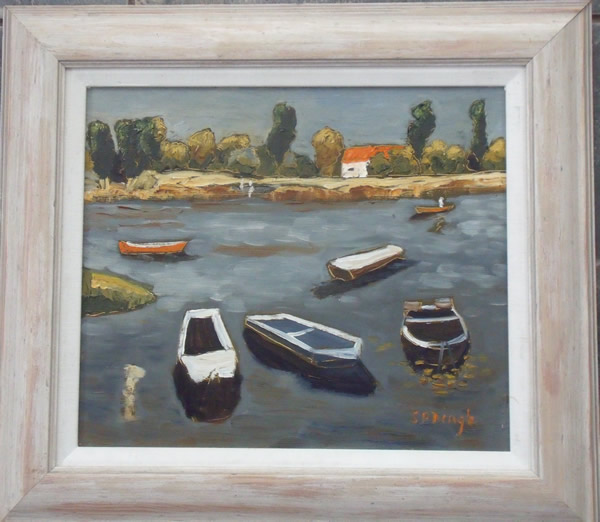 “Six Boats on the Loir”

“Field by the Sea” 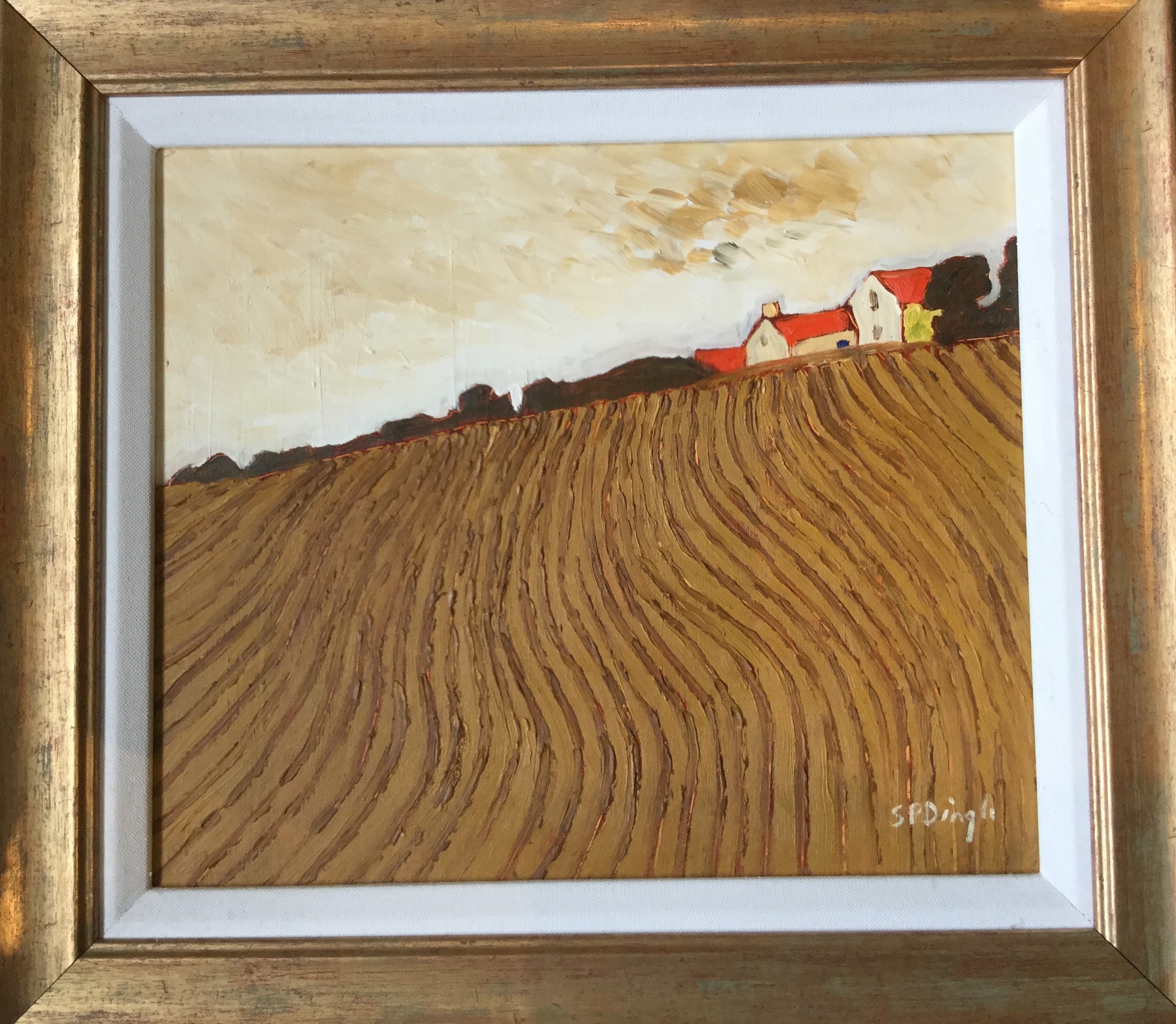 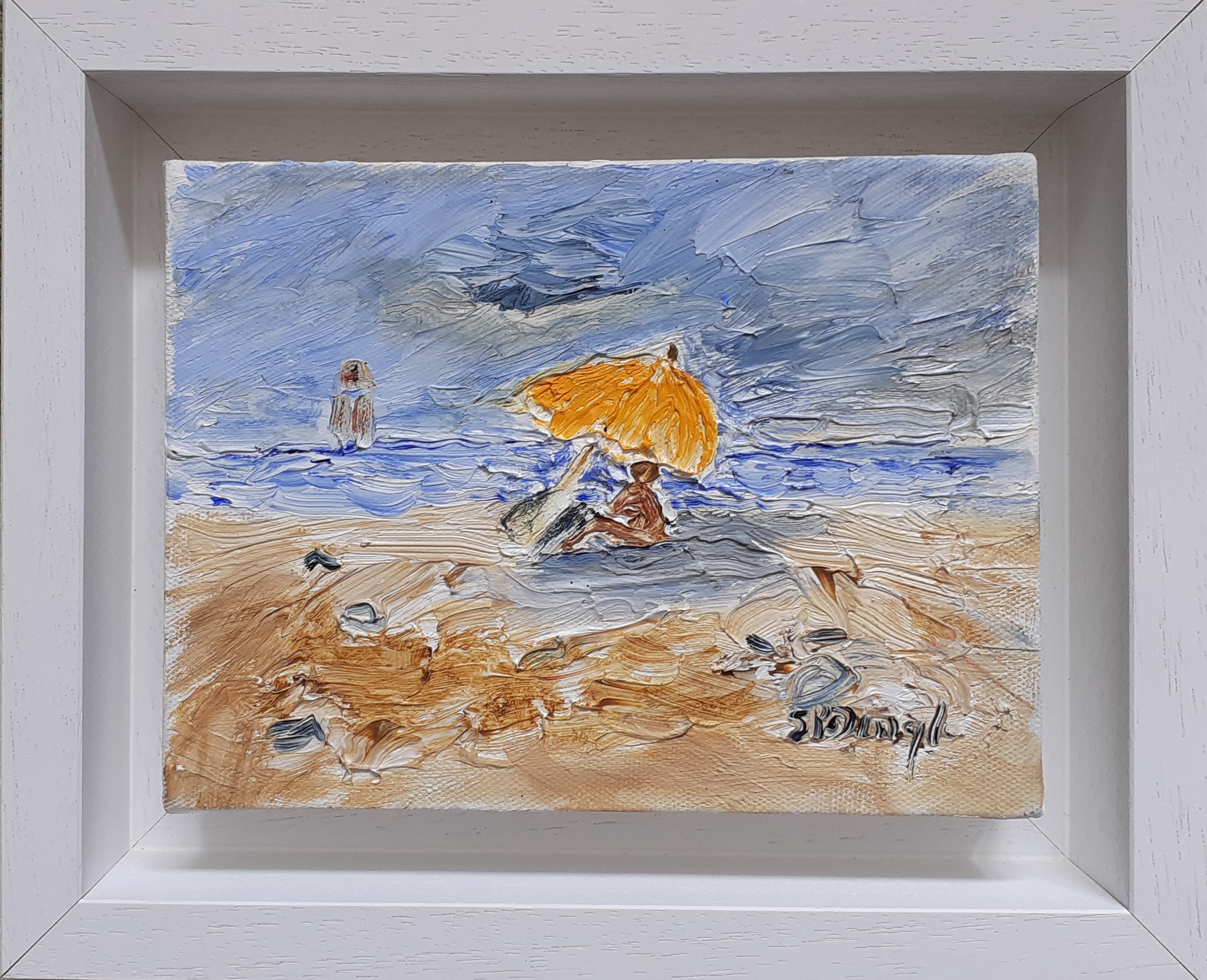 Stephanie was born in Lancaster in 1926, and grew up in the Furness District where she developed her appreciation of landscape. She trained as a nurse and midwife but much later, attended the Warrington School of Art and became a pupil of William Ralph Turner.

The inspiration for her flower paintings comes from her own garden and frequent visits to France give inspiration for her seascapes and landscapes. Often referred to as the ‘Grande Dame of Northern Art’, her work shows a naïve approach and a use of colour that owes much to the fauves.

She has exhibited at the Royal Cambrian Academy, Manchester Academy (1987 Prizewinner) Stockport, Warrington, and Crewe Art Galleries. Represented in the Rutherston Collection, Manchester City Art Gallery and the Halifax Building Society and in numerous private collections in the UK and overseas.